Ballast Nedam International commits to rebuilding ‘Airport of the Future’ 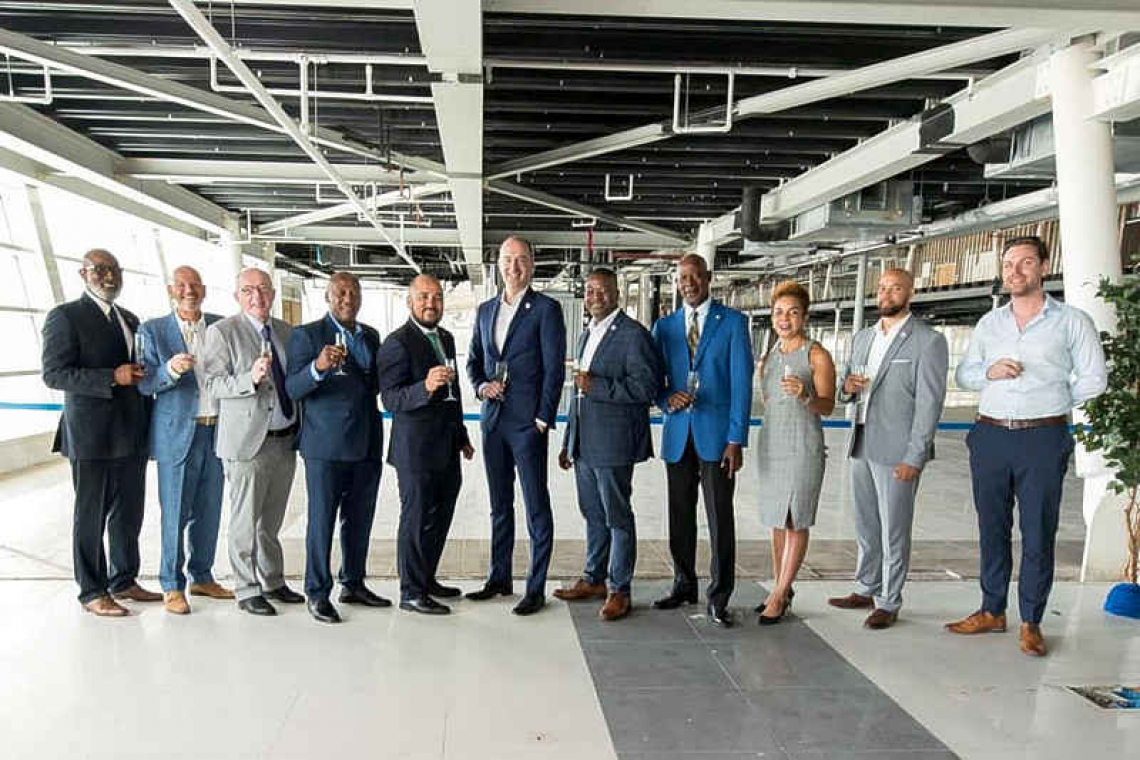 PHILIPSBURG--Ballast Nedam International Projects BV (BNIP), chosen as the general contractor for the St. Maarten Airport Terminal Reconstruction Project, has signed the contract for the “Package 2” reconstruction works. The official signing took place during a closed ceremony at the former check-in hall at Princess Juliana International Airport (PJIA) on August 24.

The event signified the start of one of the most anticipated reconstruction projects in PJIA’s history, after the massive devastation to the structure during Hurricane Irma in 2017.

The Airport Terminal Reconstruction Project is jointly funded by the European Investment Bank (EIB) and the St. Maarten Trust Fund financed by the government of the Netherlands, managed by the World Bank and implemented by the National Recovery Program Bureau (NRPB).

PJIA operating company PJIAE Chief Executive Officer (CEO) Brian Mingo and BNIP CEO Roy van Eijsden signed the contract in the presence of esteemed guests. “This is a major milestone for the country, PJIAE and our staff,” Mingo said. “I would also like to compliment the project team with this accomplishment. Despite the hurdles such as COVID-19 which complicated the works tremendously, they never lost focus and made the impossible quite possible.”

Mingo also thanked all stakeholders and shareholders the Princess Juliana International Airport holding company PJIAH board and the government of St. Maarten for their patience and consistent support over the last year. “I am proud to announce that we finally can start rebuilding the ‘Airport of the future’,” said Mingo.

The construction portion of the Airport Terminal Reconstruction Project will take a phased-plan approach over a two-year period, following the mobilisation of the contractor in August 2021. The project is an essential renovation development that will further modernise the 15-year-old terminal building.

The reconstruction project is scheduled to start by the end of September 2021 and be completed before July 2023. However, sections of the terminal building will begin to come into use from as early as December 2022, PJIAE announced.