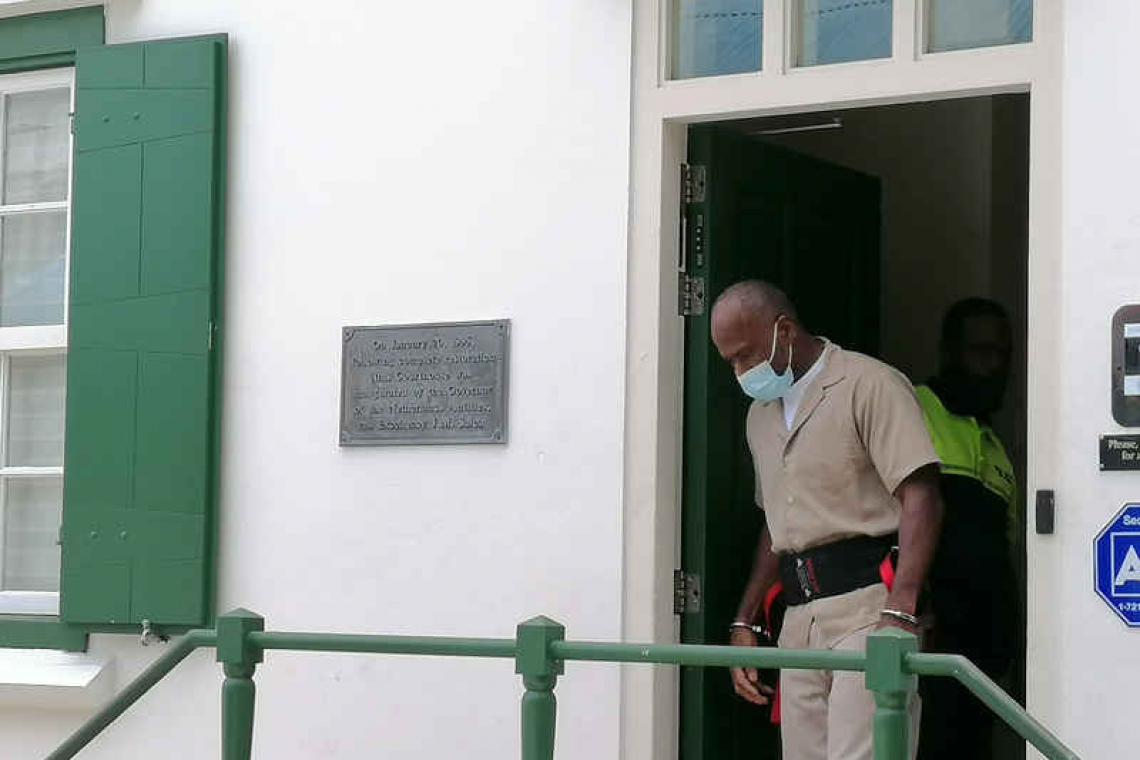 PHILIPSBURG--Bernel Louingston Neale (53) was sentenced to fourteen years in prison by the Court of First Instance on Wednesday. He was held responsible for the brutal murder of 49-year-old Methodist Agogic Center (MAC) art teacher Rhonda Thomas-Richmond.

The Prosecutor’s Office had called for a prison sentence of 16 years during the trial in this case, which took place November 10.

Neale, who was born in St. Kitts and Nevis, was arrested at his home in Middle Region on February 17, two days after the victim was found dead in her home on White Sands Road in Beacon Hill.

Her two daughters found their mother’s lifeless body in a pool of blood on a bedroom floor in her home. She had been stabbed five times in her face and neck with a kitchen knife. One of the stabs slashed her carotid artery, which caused her death.

Traces of blood were found on the knob on the inside of the bedroom door. Investigations by Netherlands Forensic Institute (NFI) found many traces of the victim’s DNA on the doorknob and a relatively small quantity of Neale’s DNA. However, the suspect denied that he had anything to do with the woman’s death.

For three years, Neale and Richmond had been in a problematic relationship, which allegedly turned sour driven by jealousy. Witness statements, video-surveillance camera images and the suspect’s telephone records placed the defendant in the vicinity of the crime scene.

Neale was questioned by the police on several occasions. According to the court, he gave inconsistent statements, which he altered every time after being confronted with new evidence. He did not provide any insight into the motive for his actions and did not take any responsibility, the court said.

“On the contrary, the suspect sent two more WhatsApp messages to the victim the next morning, apparently to give the impression that nothing was wrong,” the judge said in reading out the verdict.

In sentencing, the court also considered that it was stated in the autopsy report that the victim had suffered multiple facial injuries as a result of blunt force before the fatal injury was inflicted. This could explain why hardly any injuries were found on the victim, indicating that she had defended herself.

During the hearing in this case, attorney-at-law Marlon Hart filed claims for material and immaterial damages to the amounts of NAf. 67,349 and NAf. 74,248, on behalf of the victim’s two daughters.

The court established that both daughters of the “prominent and beloved art teacher” were entitled to damages, as they are suffering from major depression, anxiety and post-traumatic stress disorder (PTSD). The judge awarded damages of NAf. 21,500 and NAf. 33,401, respectively.