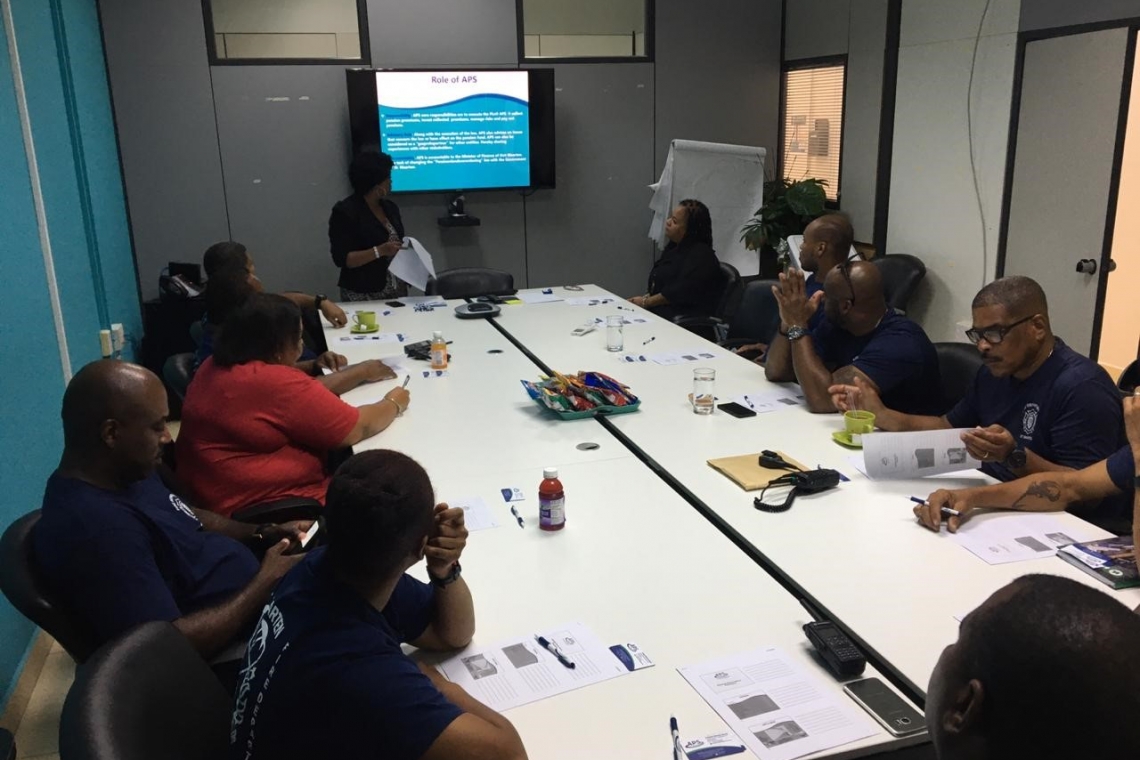 APS pension reform information session with employees of the Fire Department at the APS office.

CAY HILL--General Pension Fund of St. Maarten (“Algemeen Pensioenfonds St. Maarten (APS)”) commenced a series of information sessions for its clients on the changes to be expected if the pension reform plan is passed in Parliament.

The information sessions started on January 9 and have been extended to February 4, APS said in a press release on Tuesday.

APS said details would be provided on the various changes and what these mean for pension beneficiaries now and in the future. All employees who are APS clients are invited to sign up and attend one of the sessions.

“The information sessions have been effective. In an hour’s time we are able to communicate the biggest changes one can expect and answer questions. We’ve received positive feedback so far,” said Pension Administration Manager and Reporting/Adjunct Director Oscar Williams.

Some of the changes mentioned in the pension reform plan entail the increase of the pensionable age to 65 years; employees starting to contribute to the APS fund as of age 18 versus age 25, allowing them to build higher pension benefits; and the pension amount no longer being based on the last earned salary, the final pay plan, but on the average salary earned during the entire career (an average pay plan).

The government, APS and the unions reached an agreement about the pension reform in 2017, the release said. “The pension reform is essential since the current pension scheme is expensive and therefore not sustainable in the future. The proposed changes are waiting to be formalised in a National Ordinance and must subsequently be brought before Parliament for approval,” APS said.

This email address is being protected from spambots. You need JavaScript enabled to view it. or by visiting the APS office at Yogesh Commercial Complex Unit 1A/1B, A.J.C. Brouwer Road #4, Cul de Sac.