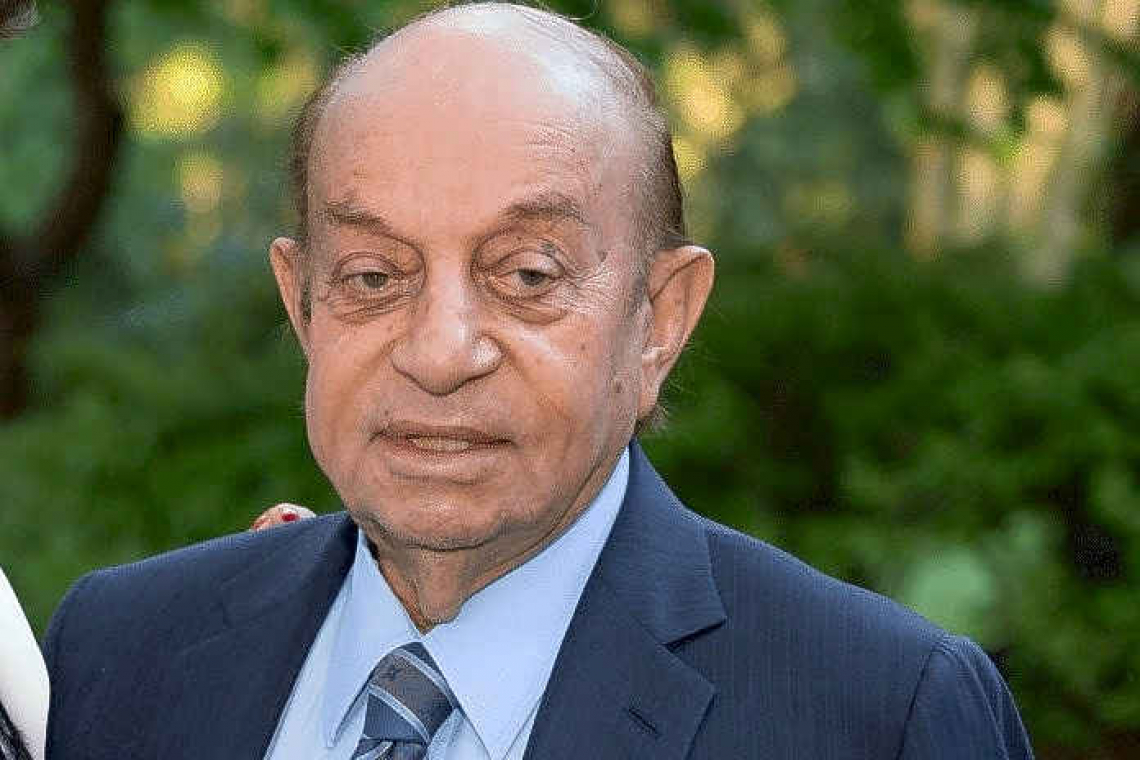 PHILIPSBURG--“A major miscarriage of justice,” was the description used by former Chairman of ENNIA Caribe Holding NV Hushang Ansary to describe the recent ruling of the Court of First Instance in Curaçao.

On Monday, the Court delivered a verdict in the liability process of the Central Bank of Curaçao and St. Maarten (CBCS) on behalf of ENNIA against the (ultimate) shareholder and former directors of ENNIA. The court ruled in CBCS’s favour and ordered owner Hushang Ansary, his daughter Nina Ansary, and the former directors to pay ENNIA more than one billion guilders in damages.

“The judgement by the Court has disregarded extensive evidence which clearly showed that none of the claims are valid,” Ansary said in a press release issued following the verdict. “It is my belief that this ruling will long serve as an extraordinary case study in the United States and elsewhere in the advanced nations and as a warning against the perils of investments no matter how successful and well intentioned, in any country with legislation which permits the seizure of private property without a right of appeal.”

Ansary said it could be a case study because, on one hand, it represents years of annual approvals of financial statements of ENNIA insurance companies by the Central Bank of Curaçao and St. Maarten, and on the other hand the total reversal of such approvals by the same Central Bank over a decade later.

“This reversal was followed in July 2018, by the improper takeover of significant privately held assets of US citizens which were in no way subject to the insurance act. Equally important, at the moment of the seizure, the ENNIA insurance companies had the best of relations with their policyholders, had no third-party creditors or claims other than in the ordinary course of business, with cash, cash equivalents and other valuable assets hugely in excess of their short and long-term needs,” Ansary said in the release.

“Regretfully, by this time, many millions appear to have been squandered and need to be accounted for. The US investors will take all necessary actions to protect their rights and property.” He said the judgement represents “a major miscarriage of justice in every sense of the word.”