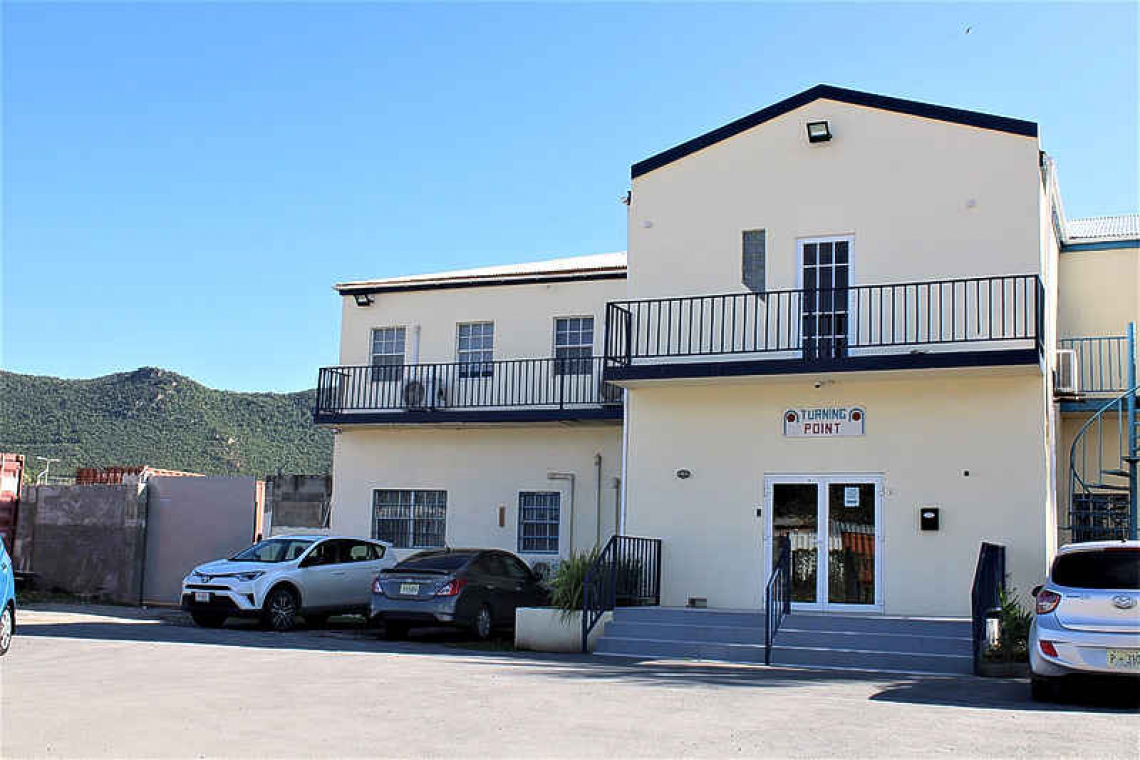 Turning Point Foundation for drug rehabilitation, based on Pond Island’s Soualiga Boulevard since 1997, fears it will have to close its doors if the government’s plans for bars and food trucks next door go ahead.

PHILIPSBURG--Nine months after Minister of Justice Anna Richardson announced that Turning Point Foundation was to receive the Pointe Blanche prison’s unused container cells to house forensic patients on land adjacent to the rehab centre on Pond Island, the patients’ counsellors were shocked to learn this plot has now instead been allotted to the Ministry of Tourism for a food court, with sale of alcohol and tobacco.

The purpose of the site was changed recently after the land already had been earmarked in 2019 by former Minister of Justice Cornelius de Weever for the installation of at least eight of the 11 container cells on island. It is unclear why Government has deviated from what was made public on September 1 last year.

On that day, Minister of Justice Anna Richardson announced during the Council of Ministers press briefing that container cells would be moved from the prison to the land adjacent to Turning Point for an outpatient facility. Prime Minister Silveria Jacobs and Minister of Finance Ardwell Irion made it known that these plans had their approval.

Irion said during the same press briefing that the World Bank had been asked to support Turning Point financially. Jacobs confirmed that the government of St. Maarten had specifically asked the World Bank to designate Turning Point Foundation as a co-beneficiary of the US $8 million made available to Mental Health Foundation (MHF), which officially has a collaboration agreement with Turning Point. The rehab centre would need additional resources to be able to install the containers for the intended outpatient facility.

“Once patients are off the drugs and alcohol, it is very important that they have a roof over their heads, a safe place to sleep, because if they don’t have that, there’s a good chance they’ll soon be back on drugs and alcohol,” Turning Point’s founder and director Lloyd Richardson said last year, explaining that the foundation aims to provide former clients who have no home to go to with safe, quiet and clean living arrangements, with as few triggers as possible.

“What we as a community have experienced after Hurricane Irma, and now due to COVID-19, which is even worse, with people confined to their homes, has presented a monumental problem for us in the field of drug rehabilitation,” Lloyd Richardson told The Daily Herald. “Clients are knocking on our door every day in growing numbers.”

On April 6, 2022, in a meeting convened by Minister Richardson to discuss forensic care, the drug rehab counsellors were informed that the land adjacent to Turning Point has now been given to the Ministry of Tourism, Economic Affairs, Transport and Telecommunication (TEATT).

In a letter to Minister of Public Housing, Spatial Planning, Environment and Infrastructure VROMI Egbert Doran dated April 19, the director of Turning Point formally launched a protest against the planned establishments in the properties immediately surrounding Turning Point, which has been housed on Pond Island for 25 years.

Lloyd Richardson wrote he fears it yields little “to protest government accessing property that is already theirs. Nonetheless, it behoves this organisation to lodge a formal protest to all present and prospective owners and users of any adjacent properties who intend to conduct operations that allow loud music and allow activities that include the use of alcohol, as well as cigarette and marijuana smoking. All these factors are triggers which counter all rehabilitating activity.”

Turning Point provides inhouse care for male clients age 18 and over who were referred by the court. These are hardcore drug users and alcoholics who have come into contact with the justice system. Funding for their rehabilitation comes from the Ministry of Justice.

In the current situation, clients staying at the rehab centre for treatment can hardly sleep on weekends due to all the noise in the vicinity of car races, events in Festival Village, loud music from nearby bars and noise on the street. If, right next to the addiction clinic, a food court is added, with music and drink sales, where visitors drive off and on every night of the week, then Turning Point Foundation can close its doors, the alcohol and drug rehab counsellors fear.

The Alcohol and Drug Rehabilitation programme is also open to individuals who volunteer. Since the start of the COVID-19 pandemic, Turning Point has received twice as many requests for substance abuse treatment from people from all walks of life. Treatment of alcohol-related disorders or drug addiction is not covered by Social and Health Insurances SZV. This greatly hinders the Turning Point’s assistance.

On January 24, 2022, a motion by National Alliance (NA) Member of Parliament (MP) William Marlin to request that the Council of Ministers prepare an amendment to the 2022 draft budget to increase the subsidy for Turning Point Foundation from NAf. 1,240,434 to NAf. 1,600,000 was passed by Parliament.

One of the container cells being moved 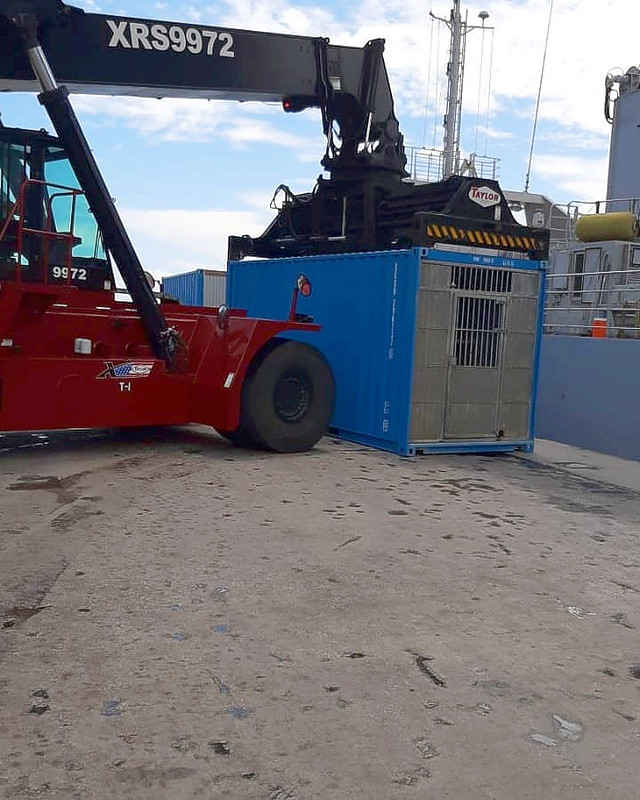 In the motion Marlin said Turning Point has been providing assistance for many years to citizens affected by substance abuse. Through Turning Point’s assistance many individuals, and by extension their families and the community as a whole, have benefitted from the care provided.

Minister Richardson, in reacting to the motion at the time, said much of its content explains the importance of the amendment. She said Turning Point is a much-needed organisation which supports what is a growing phenomenon in society. She said there had been many postings about students taking narcotics in schools and this was spilling over into society in a grand way, and that Turning Point must be able to continue its services and its doors should remain open.

This newspaper has approached Ministers Doran, Richardson and Lawrence to find out why Government has decided to change its plans for the property.