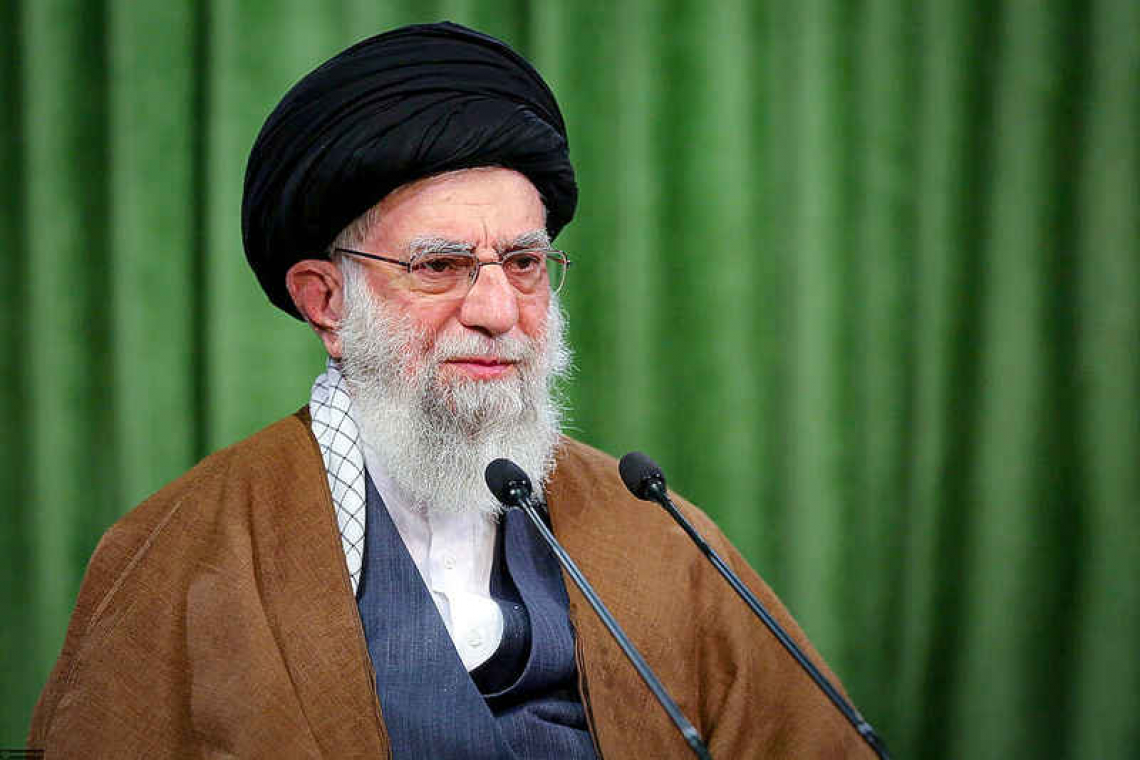 The sanctions announced by the U.S. Treasury Department, which also targeted Iran's intelligence minister, are the latest action to reinforce the "maximum pressure" campaign on Iran pursued by President Donald Trump's administration. They come little more than two months before Trump is due to hand over power to Joe Biden after losing a Nov. 3 election.
The department imposed sanctions on what it described as a key patronage network for Khamenei. It said it blacklisted the Bonyad Mostazafan, or the Foundation of the Oppressed, which is controlled by Khamenei, in a move also targeting 10 individuals and 50 subsidiaries of the foundation in sectors including energy, mining and financial services.
The sanctions freeze any U.S. assets of those targeted and generally bar Americans from doing business with them. Anyone who engages in certain transactions with these individuals and entities runs the risk of being hit with U.S. sanctions.
The charitable foundation - an economic, cultural and social-welfare institution - has amassed vast amounts of wealth to the detriment of the rest of the Iranian economy and controls hundreds of companies and properties confiscated since the 1979 Islamic Revolution, insiders say. The Treasury Department in a statement accused Khamenei of using the foundation's holdings to "enrich his office, reward his political allies, and persecute the regime's enemies."
U.S. Treasury Secretary Steven Mnuchin said in the statement: "The United States will continue to target key officials and revenue-generating sources that enable the regime's ongoing repression of its own people."
Alireza Miryousefi, spokesman for Iran's mission to the United Nations in New York, called the new sanctions "a sign of desperation" by Trump's administration. "These latest attempts to continue a failed policy of 'maximum pressure' against Iran and its citizens will fail, just as all other attempts have," Miryousefi said.
The head of the blacklisted foundation, Parviz Fattah, tweeted: "The struggle of the declining U.S. government cannot impact the foundation's anti-sanction activities and its productivity."
Fattah, who was among those blacklisted on Wednesday, described Trump as "a loser and disturbed person."
The Treasury Department also imposed sanctions on Iranian Intelligence Minister Mahmoud Alavi and accused his ministry of playing a role in serious human rights abuses against Iranians, including during last year's protests.
The U.S. State Department also designated two Iranian Revolutionary Guard Corps (IRGC) officials, accusing them of involvement in the killing of nearly 150 people in the city of Mahshahr during last year's crackdown. The action bars them and their immediate families from traveling to the United States. The 2019 crackdown may have been the bloodiest repression of protesters in Iran since the 1979 revolution.