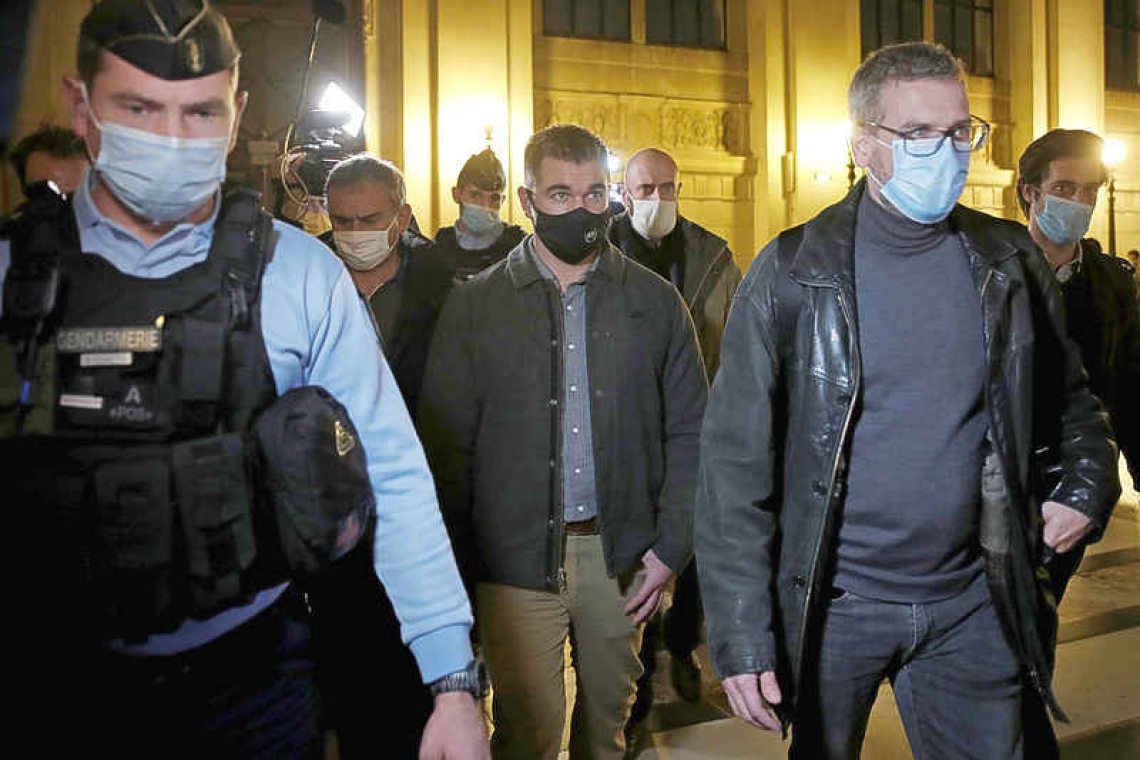 PARIS--Two French citizens described to a court in Paris on Thursday how they used their bare hands to disarm and immobilise an Islamist gunman in an attack on a high-speed train in France in 2015.

The testimony was given in the trial of Moroccan national Ayoub el Khazzani, who is accused of attempted murder with intent to commit terrorism. Khazzani allegedly opened fire aboard a Thalys train traveling through Northern Europe on Aug. 21, 2015.
The witnesses said that moments after the train crossed into France from Belgium on Aug. 21, 2015, Khazzani emerged from the toilet, bare-chested and armed with a Kalashnikov rifle. In a statement to investigators and read in court, a French citizen, who wanted to remain anonyous, said that as he realised what was happening, he grabbed the attacker by the neck, pushing him into a corner so he could not use his weapon.
"Without thinking, I jumped on him with my two hands and squeezed hard while strangling him," said the man, who only wanted to be identified by his first name Damien.
Damien, who was 28 at the time, said he managed to restrain Khazzani for about 15 seconds. "Then he turned towards me and trained his gun on me. I think his weapon failed as I did not hear a gunshot," he said.
Fellow passenger Mark Moogalian, a U.S.-born Frenchman who was 51 at the time of the attack, told the court he had been intrigued to see Khazzani enter the lavatory with a suitcase and had gone to check. Moogalian and Damien were outside the restroom as Khazzani emerged.
After rushing back to his seat to tell his wife to take cover, Moogalian managed to wrest the Kalashnikov from Khazzani and ran away, shouting "I got the gun", before Khazzani shot him in the back with a handgun.
Moogalian told the court that as he fell to the ground and thought he was going to die, he saw Khazzani bending over him to recuperate the Kalashnikov. "I thought he was going to finish me off, but he did not shoot as the weapon jammed," he said, adding that he then saw another passenger, U.S. soldier Spencer Stone, "fly through the air" and jump on Khazzani.
"I was so happy that the cavalry had arrived," said Moogalian, who played himself in Clint Eastwood's movie about the attack, "The 15:17 to Paris".
Moogalian said that to him, the real heros were Damien and Stone, who overpowered Khazzani with the help of two American childhood friends with whom he was taking a trip through Europe. Despite being cut in the hand, neck and head with a box-cutter by Khazzani, Stone - who was trained as a medic - staunched Moogalian's bleeding and until the train stopped.
While other passengers tied up Khazzani with neckties, Damien went to check other carriages for other attackers and warned the train manager.
Stone's friend Sadler, who together with another American friend helped overpower the attacker, said it was very hard to subdue him, despite strangling him and landing blow after blow on him. "He looked very angry, he never said any word during the fight, he had a very intense stare," he said, adding that Khazzani kept taking weapons out, one after the other.
"Spencer's response was so fast. That's the bravest thing I have ever seen. As his close friend, my first thought was 'what is he doing'? Then I understood that we had to help him," he said, speaking in English through a translator.
Asked by the judge what would have happened if they had not stopped the attacker, Sadler said: "He would have shot everyone in our train car and then would have moved to the next one".
Prosecutors have said the attack was premeditated. Khazzani allegedly listened to audio on social media calling on Muslims to take up arms in the name of the Prophet. He faces life in jail if convicted.
France was at the time still recovering from the trauma of attacks in Paris seven months earlier against the satirical magazine Charlie Hebdo and a kosher supermarket. Three months later, a squad of jihadists would strike again, killing 130 people in coordinated attacks on the capital.