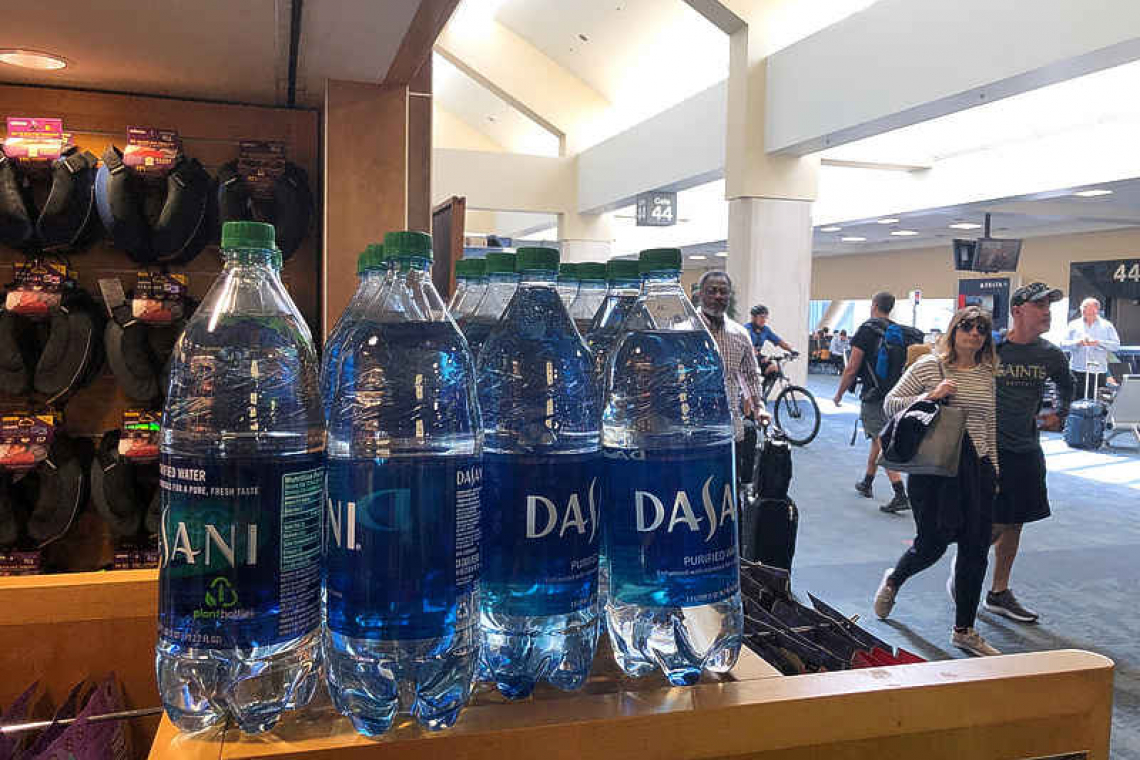 WASHINGTON D.C.--The United States is seeking to form a coalition of countries to drive negotiations on a global plastic pollution treaty, weeks after a similar group involving several other G7 nations was launched, according to a document seen by Reuters.

The move underlines its desire to keep the treaty's focus on the efforts of individual countries in a model similar to the 2015 Paris climate accord, rather than provide new universal rules favoured by other major nations, according to six government and civil society sources involved in the talks.
United Nations members agreed in February to create the world's first treaty to tackle the scourge of plastic waste which extends from ocean trenches to mountain tops, with the aim of finalising it by the end of 2024.
In August, 20 countries, including Britain, Canada, France, Germany and several developing nations at the sharp end of the environmental crisis, formed a "High Ambition Coalition To End Plastic Pollution" advocating for the treaty to include global standards, bans and restrictions on plastic. Now, the United States is seeking to form its own group with a different approach, and has invited several countries to join including Australia and Japan, the sources said.
A concept note for its coalition seen by Reuters says "the development of national action plans" should be "the primary mechanism" for countries to contribute to the treaty, an approach environmentalists say will not be robust enough to curb the runaway problem. The U.S.-led coalition aims to launch at or before the first round of treaty negotiations scheduled to take place in Uruguay from Nov. 28 to Dec. 2, the draft document says. The State Department did not directly answer questions about the proposed coalition.
In an emailed statement, Monica Medina, the U.S. official leading its treaty negotiations, said the country was committed to ending plastic pollution by 2040. "The best way is through a Paris-like agreement that helps countries take ambitious action and holds them accountable, let's them be innovative on finding solutions, and leads to action now and not later," she said.
The United States was a key architect of the country-driven approach of the Paris agreement, a landmark international deal to limit global warming to at least 2 degrees Celsius. But that deal has faced criticism for having no enforcement mechanism as countries have missed deadlines to ratchet up their climate actions.
Japan's vice minister for global environmental affairs, Hiroshi Ono, said he knew of a proposed coalition on plastic involving the United States but declined further comment. Australia's environment department said in a statement it was aware of different coalitions forming, without elaborating.
Environmentalists say measures taken by individual countries must be complemented by more top-down measures like coordinated curbs on virgin plastic production and universal design standards to increase the recyclability of plastics. Plastic production is forecast to double over the next 20 years while the amount of plastic flowing into the ocean will triple. That will cause widespread environmental damage, destroying sensitive ecosystems and putting some species at risk of extinction, according to a World Wildlife Fund study.
"We don't need a treaty for countries to decide themselves what their national actions should be. We need a treaty that can actually add on top of that," said Eirik Lindebjerg, global plastics policy manager at WWF, calling such an approach a "light touch."
However, Ono, the Japanese environment official, said that the treaty cannot take a "one-size-fits-all approach" as countries have different "national circumstances" and "priorities" towards upstream measures, like plastic production, or downstream measures, like waste collection.
Calls for tougher global measures such as those focused on plastic production have also met resistance from the powerful oil and petrochemical firms that make plastic. Industry groups have been lobbying governments, including the U.S., to reject any deal that would limit plastic manufacturing, Reuters reported in February.
John Hocevar, a campaign manager for Greenpeace, and two other sources who requested anonymity told Reuters that U.S. officials had privately said they are wary of agreeing to any global rules that would likely be rejected by its divided Congress. That is why the United States is keen to pursue a Paris-like deal, the sources said, which did not have to be ratified by Congress because it largely relies on voluntary commitments based on national laws.