Six dead in blast, Erdogan says it 'smells like terrorism' 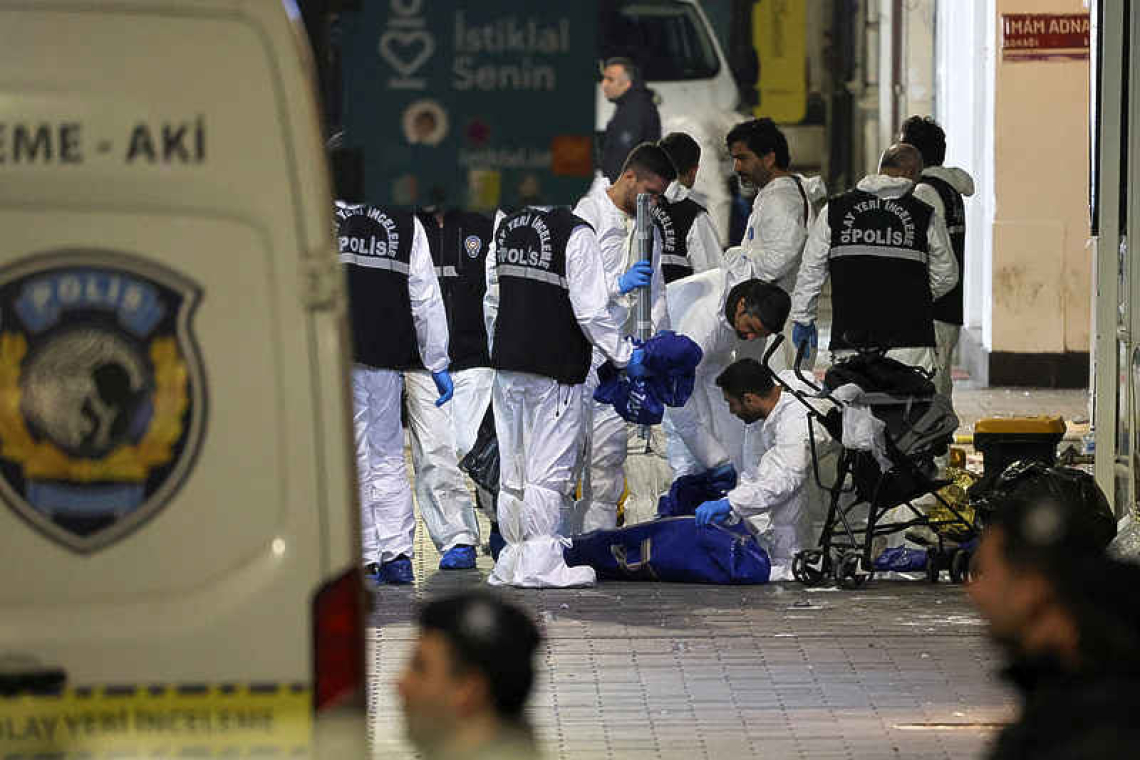 ISTANBUL--Six people were killed and 81 others wounded on Sunday when an explosion rocked a busy pedestrian street in central Istanbul in what Turkish President Tayyip Erdogan called a bomb attack that "smells like terrorism".
Hundreds of people fled the historic Istiklal Avenue after the blast, as ambulances and police raced in. The area, in the Beyoglu district of Turkey's largest city, had been crowded as usual at the weekend with shoppers, tourists and families.

Video footage obtained by Reuters showed the moment the explosion occurred at 4.13 p.m., sending debris into the air and leaving several people lying on the ground, while others stumbled away.
Hours after the explosion, Vice President Fuat Oktay visited the site to give the latest death and injury toll, and promised to resolve the matter "very soon". Authorities later said a government ministry worker and his daughter were among the dead. Five people were in intensive care in hospital, two of them in a critical condition.
Nobody has claimed responsibility for the blast. Istanbul and other Turkish cities have been targeted in the past by Kurdish separatists, Islamist militants and other groups, including in a series of attacks in 2015 and 2016.
"Efforts to defeat Turkey and the Turkish people through terrorism will fail today just as they did yesterday and as they will tomorrow," Erdogan told a news conference before flying to Indonesia for a summit of the Group of 20 leading economies.
"Our people can rest assured that the culprits... will be punished as they deserve," he said, adding that initial information suggested "a woman played a part" in it.
"It would be wrong to say this is undoubtedly a terrorist attack but the initial developments and initial intelligence from my governor is that it smells like terrorism," he added.
Justice Minister Bekir Bozdag was quoted by state-run Anadolu as saying a woman had sat on a bench for more than 40 minutes before leaving minutes before the blast, suggesting a bomb that was timed to explode or was detonated from afar. Reuters footage showed people attending to victims after the blast, and later investigators in white outfits collecting material from the scene, where pieces of a concrete planter were scattered on the avenue, which is lined with shops and restaurants.
"When I heard the explosion, I was petrified, people froze, looking at each other. Then people started running away. What else can you do," said Mehmet Akus, 45, a restaurant worker on Istiklal.
"My relatives called me, they know I work on Istiklal. I reassured them," he told Reuters.