Macron boosts military spending by over a third to transform army 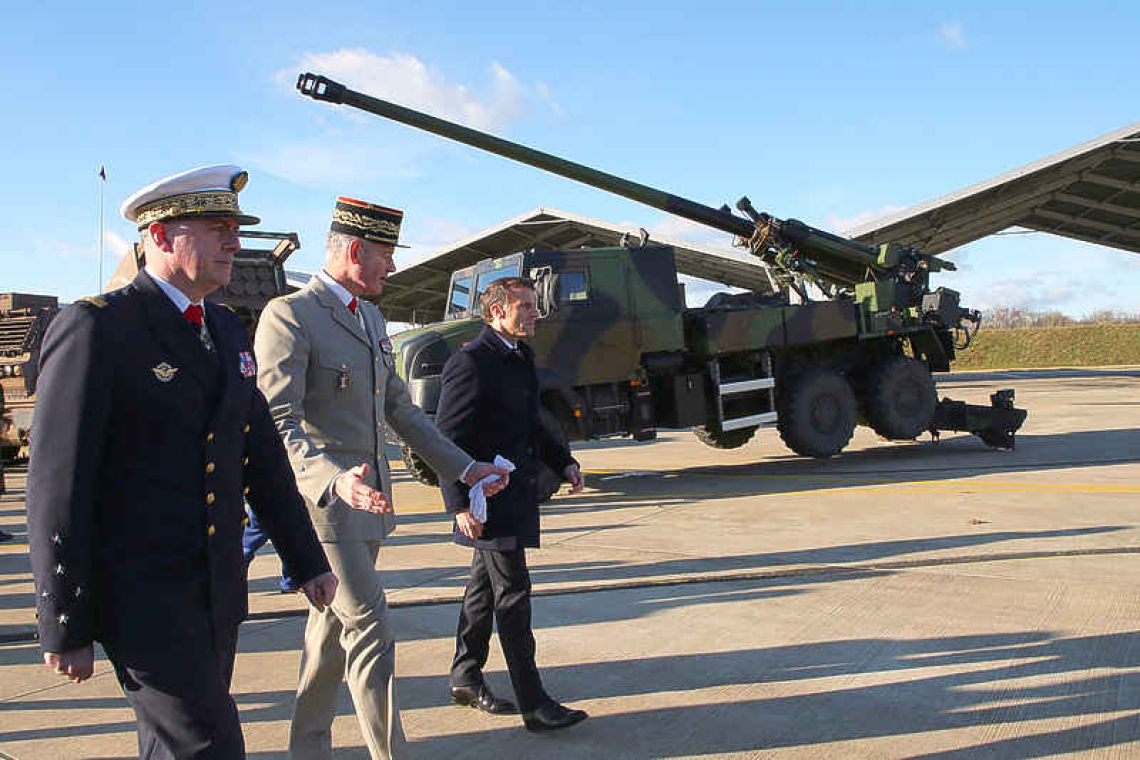 MONT-de-MARSAN, France--France will boost military spending by more than a third in coming years, President Emmanuel Macron said on Friday, as he unveiled ambitions to transform the French army to deal with the great "perils" of this century.

Acknowledging the end of the "peace dividend" of the post-Cold War era, Macron said the planned 2024-2030 budget would adapt the military to the possibility of high-intensity conflicts, made all the more urgent since Russia's invasion of Ukraine almost 11 months ago.
The budget for the period will stand at 413 billion euros ($447 billion), up from 295 billion euros in 2019-2025, which will mean that by 2030, France's military budget would have doubled since he took power in 2017, Macron said.
"As war is changing, France has and will have armies ready for the perils of the century," said Macron, speaking at the Mont-de-Marsan air base in southwestern France. "We need to be one war ahead," Macron added.
He added France would invest massively in drones and military intelligence, areas where French officials say recent conflicts had exposed gaps, and that the military should pivot towards a strategy of high-intensity conflict. Macron's speech came as defence ministers from NATO and other countries were meeting at the Ramstein Air Base in Germany amid warnings that Russia will soon re-energise its invasion, in which it has seized parts of Ukraine's east and south.
Although France is the world's third-biggest arms exporter and the EU's sole nuclear power, it has come under criticism for not sending more weapons to Kyiv. Macron has stepped up supplies since last summer, sending Caesar truck-mounted howitzers and promising AMX-10 RC tank destroyers, but French officials say operations in Africa and years of chronic under-investment had made it impossible to do more immediately.
Macron did not announce new support for Ukraine, but said France had to be ready for a new era, with an accumulation of threats. Some were old wars, others more unprecedented, "between sophistication and brutal simplicity", he said.
He also said France would beef up its capacity to respond to cyber attacks and would increase by near 60% the budget for military intelligence. Last year, the head of French military intelligence resigned just a month after Russia launched what it calls its "special military operation" against Ukraine over what officials said was a failure to predict the invasion.
Macron also said France would pay particular attention to its military presence in overseas territories, especially in the Indo-Pacific, where new threats were emerging.