Ardern steps aside as PM with 'no more in the tank' 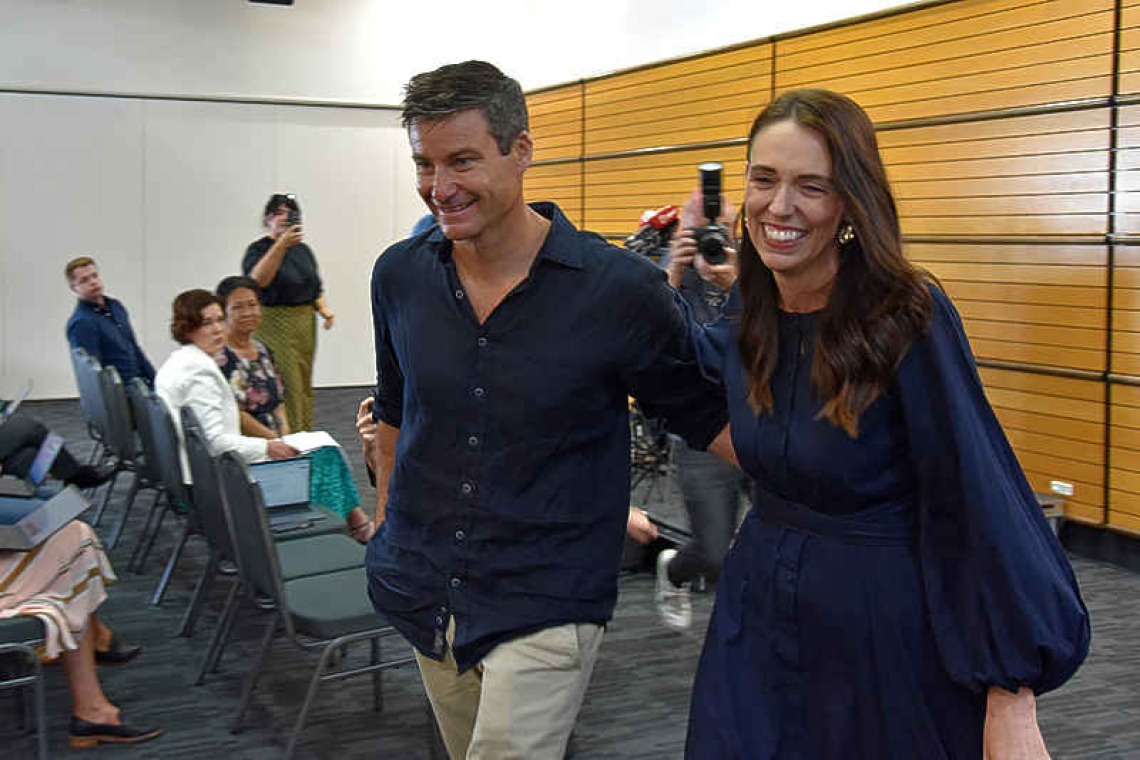 WELLINGTON--New Zealand Prime Minister Jacinda Ardern on Thursday made a shock announcement that she had "no more in the tank" to lead the country and would step down and not seek re-election.

Ardern, holding back tears, said it had been a tough five and a half years as prime minister and that she was only human and needed to step aside. "I had hoped to find a way to prepare for not just another year, but another term - because that is what this year requires. I have not been able to do that," Ardern, 42, told a news conference.
"I know there will be much discussion in the aftermath of this decision as to what the so called 'real' reason was ... The only interesting angle you will find is that after going on six years of some big challenges, that I am human," she continued. "Politicians are human. We give all that we can, for as long as we can, and then it's time. And for me, it’s time."
Ardern burst onto the global scene in 2017 when she became the world's youngest female head of government at age 37. Riding a wave of "Jacinda-mania", she campaigned passionately for women's rights, and an end to child poverty and economic inequality in the country.
Tributes poured in after Ardern's announcement, even though her popularity has dipped and support for her party has fallen. World leaders voiced appreciation for Ardern, who became one of the most recognisable global figures through the COVID-19 pandemic and after mass shootings at two mosques in 2019. Canadian Prime Minister Justin Trudeau said: "The difference you have made is immeasurable."
Dutch Prime Minister Mark Rutte said they had exchanged text messages on Thursday, adding: "I believe that she is a formidable leader, in New Zealand, but also in the region, and in the U.N.."
While noting how she understood Ardern's point in stepping down, European Central Bank President Christine Lagarde said: I think she is a brilliant leader and she is a very courageous woman."
A ruling New Zealand Labour Party vote for a new leader will take place on Sunday. The party leader will be prime minister until the next general election. Ardern's term as leader will conclude no later than Feb. 7 and a national election will be held on Oct. 14. Ardern said she believed Labour would win the vote.
New Zealand Deputy Prime Minister Grant Robertson, who also serves as finance minister, said in a statement he would not seek to stand as the next Labour leader.
Ardern's successor as party leader and prime minister faces a stern test, with support for Labour falling and the country expected to go into a recession next quarter. A 1News-Kantar poll released in December had Labour polling at 33%, down from 40% at the start of 2022. That means that even with traditional coalition partner the Green Party, polling at 9%, Labour could not hold a majority.
Commentators point to several of Ardern’s ministers as possibilities for the role, including the former COVID minister and current Minister of Education and Police Chris Hipkins and current Minister of Justice Kiri Allen.
Ardern said she was not stepping down because the job was hard, but because she believed others could do it better. She made a point of telling her daughter Neve that she was looking forward to being there when she started school this year and told her longtime partner Clarke Gayford that it was time they married.
Eight months after becoming premier she became the second elected leader to give birth while in office, after Pakistan's Benazir Bhutto. Many saw Ardern as part of wave of progressive female leaders, including Finnish Prime Minister Sanna Marin.
Her empathetic leadership style was cemented by her response to the mass shootings at two mosques in Christchurch in 2019 that killed 51 people injured 40. "Her universal call for human unity with compassion made me cry with joy then, and it makes me cry now," said Farid Ahmed, survivor and husband of a Christchurch attack victim.
Ardern swiftly labelled the attacks “terrorism” and wore a hijab as she met with the Muslim community a day after the attack, telling them the whole country was “united in grief”. She promised and delivered major gun law reform within a month. "She has demonstrated that empathy and insight are powerful leadership qualities," Australian Prime Minister Anthony Albanese said on Thursday.