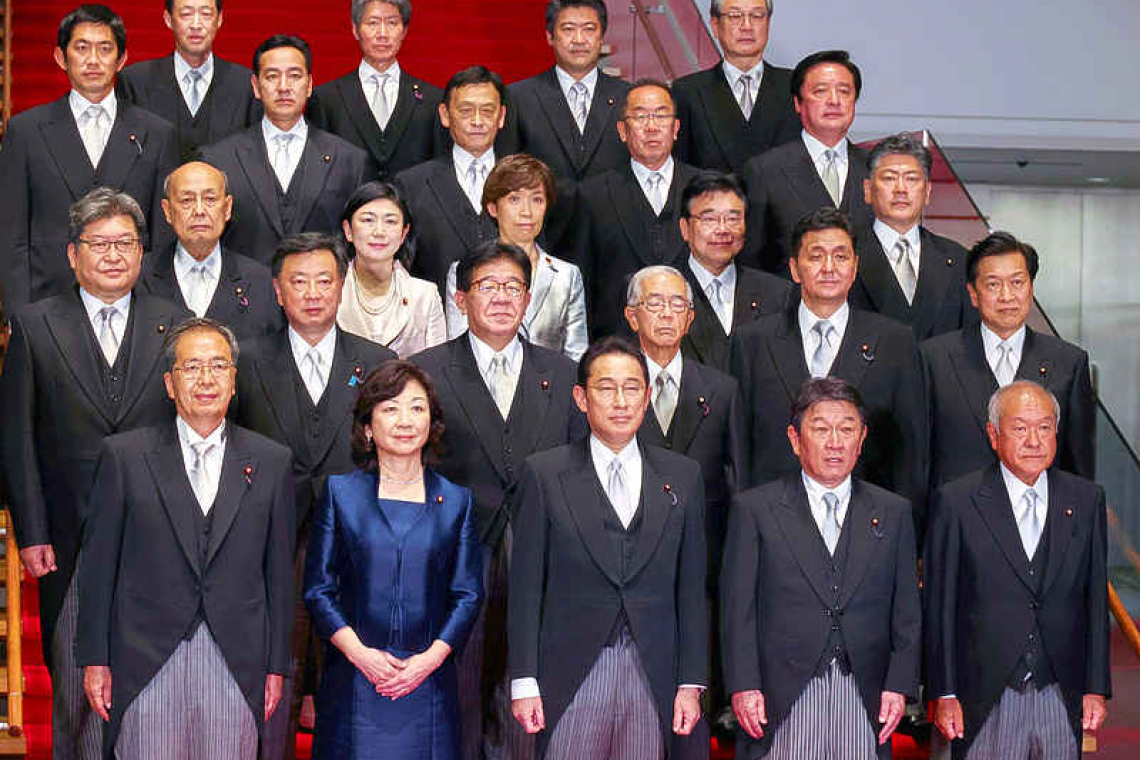 TOKYO--Japan's new prime minister, Fumio Kishida, on Monday called a parliamentary election for Oct. 31 and vowed to bolster the country's response to the coronavirus pandemic, shortly after being formally confirmed by lawmakers in the top job.

Kishida, a 64-year-old former foreign minister with an image as a consensus builder, earlier unveiled a cabinet line-up dominated by allies of former prime minister Shinzo Abe and ex-finance minister Taro Aso.
"I want to ensure we implement large-scale, bold coronavirus countermeasures and economic policies. To do that, we must ask the people whether they trust me, Kishida, to carry out these policies," he said at his inaugural news conference.
"I would like to pursue a politics of trust and compassion with the people's mandate," he said, drawing on the main theme in his campaign to become leader of the Liberal Democratic Party (LDP), making politics more accessible to the public.
While Kishida may enjoy a honeymoon period usually afforded new governments, analysts said he probably didn't want to lose time, given risks posed by the pandemic. His decision to call an election came as a surprise to most analysts who had expected the election to be held in November. Parliament will now be dissolved on Oct. 14.
Kishida said he would consider COVID-19 relief payouts, adding he had also instructed ministers overseeing the pandemic response to come up with policies on vaccinations, to strengthen the medical system and to expand testing to help reopen the economy. New coronavirus cases in Tokyo on Monday totalled 87, the lowest since Nov. 2 last year.
Kishida's predecessor Yoshihide Suga enjoyed support ratings of about 70% soon after taking office a year ago, but came under heavy fire over his handling of the pandemic. Following Suga's decision to make way for a new face, Kishida beat three contenders for the LDP leadership last week, paving the way for parliament to formally elect him premier on Monday.
Kishida's cabinet features allies of Abe, Japan's longest-serving premier, who quit last year citing ill health as his dream of another term faded. Of the 20 posts, 13 were filled by people with no prior cabinet experience, in line with Kishida's pledge to promote fresh faces, but many heavyweight jobs went to allies of Abe or of outgoing finance minister Aso.
"He won the election with the support of Abe and Aso, so now it's time for him to return the favour, it's not the time for him to cut them off," said political analyst Atsuo Ito.