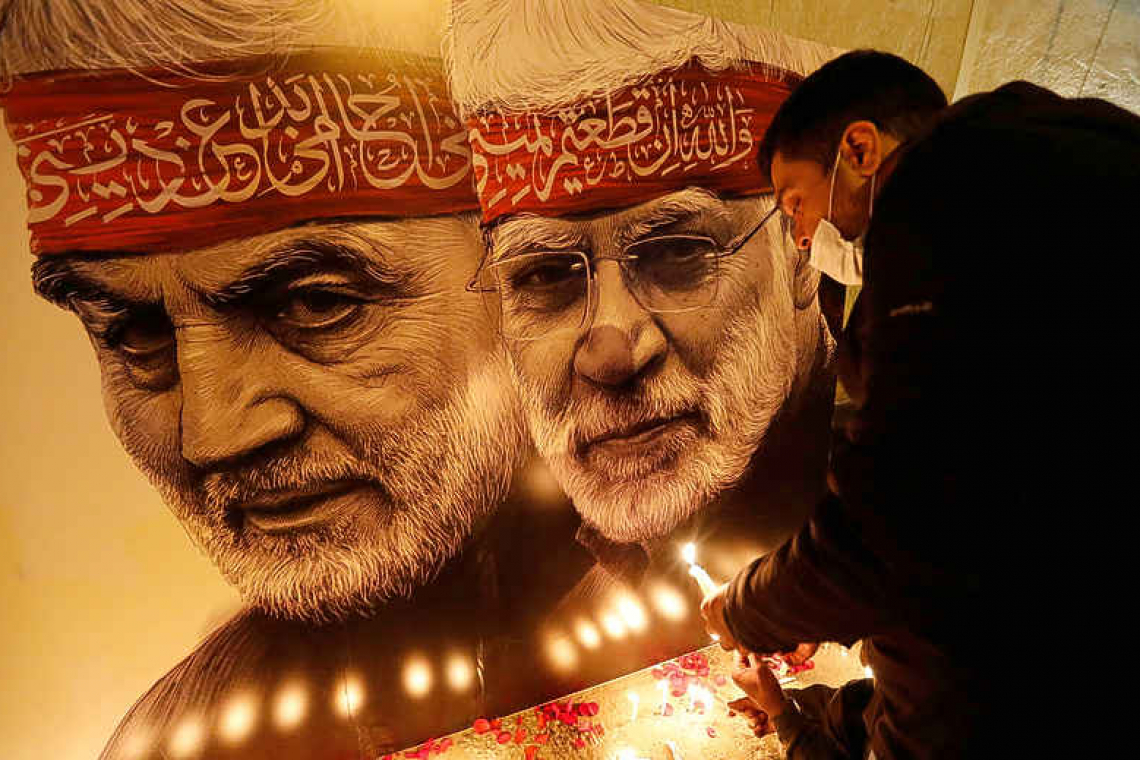 BAGHDAD--Tens of thousands of supporters of Iranian-backed Iraqi paramilitary groups chanted anti-American slogans in central Baghdad on Sunday to mark the anniversary of the U.S. killing of Iranian general Qassem Soleimani and an Iraqi militia commander.

The gathering coincided with increasing tensions between Iran and the United States in the last days of President Donald Trump's administration, and many in the crowd demanded revenge.
Soleimani, head of an elite overseas unit of Iran's Revolutionary Guards, was killed along with Iraqi militia leader Abu Mahdi al-Muhandis on Jan. 3, 2020, in a U.S. drone strike on his convoy at Baghdad airport. Washington had accused Soleimani of masterminding attacks by Iranian-aligned militias on U.S. forces in the region, and his killing took U.S.-Iranian hostilities into uncharted waters and stoked concern about a major conflagration.
Demonstrators gathered on Sunday in central Tahrir square in response to calls by an array of militia groups known collectively as the Popular Mobilisation Forces (PMF), which are mostly backed by Iran. They waved the Iraqi and PMF flags and chanted anti-American slogans such as "America is the Great Satan", while carrying the portraits of Soleimani and Muhandis.
Big posters of the two men along with others killed in the attack were everywhere around the square and hung on adjacent buildings. PMF head Faleh al-Fayyad and politician Hadi al-Ameri, commander of the Badr Organization militia, who were both at the rally addressing the crowds, called for the expulsion of U.S. troops.
The leader of the Tehran-backed Lebanese organization Hezbollah said in a televised speech later on Sunday that Soleimani's killing caused serious repercussions in the region. "Removing America from the region ... would not have been a serious and a declared goal that the people in region must work towards (achieving) if it weren't for this historical incident," Sayyed Hassan Nasrallah said, adding that Iran is strong and capable of responding militarily.
"We are here today to condemn what the American-Israeli enemy had done by targeting the leaders of victory," protester Abu Ahmed said in Baghdad. "We call on the government to take a serious stance to hold those who killed them accountable."