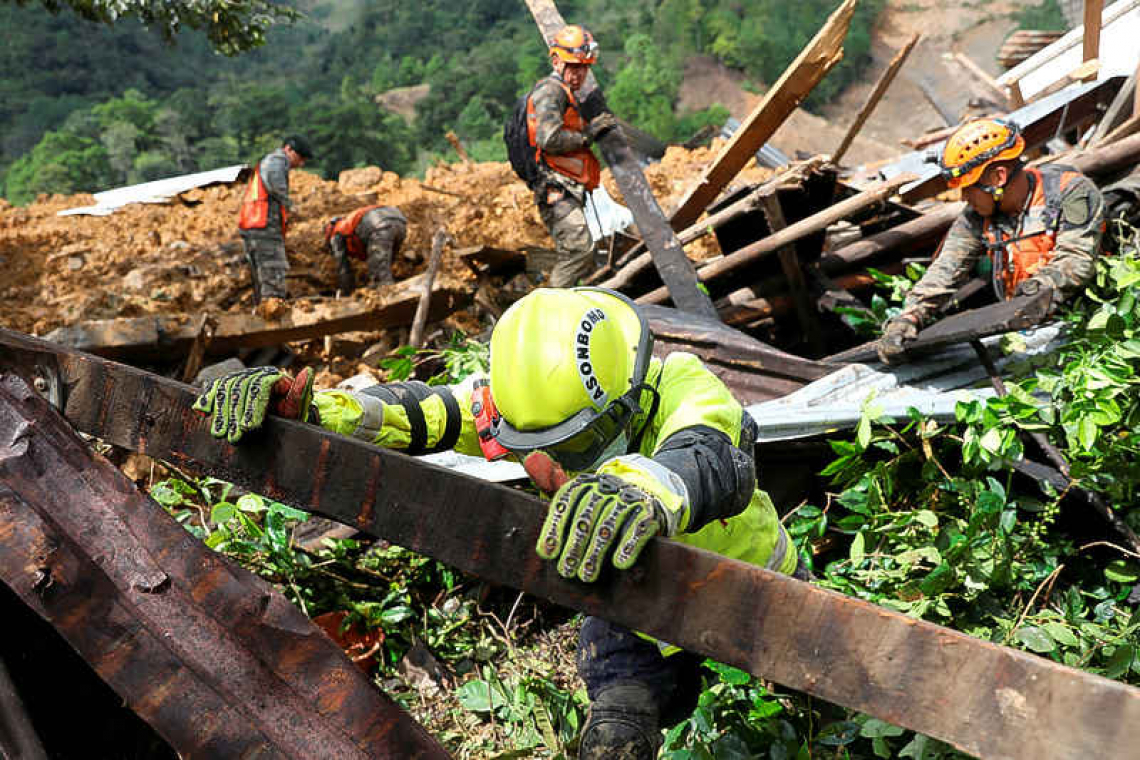 SAN CRISTOBAL VERAPAZ, Guatemala--Fresh landslides have halted Guatemalan rescue workers' efforts to dig through mud as much as 50 ft (15 meters) deep to reach houses swamped by a devastating storm that has killed dozens of people across Central America and southern Mexico.

Storm Eta's torrential downpours toppled trees, engorged swift-moving rivers, and ripped down parts of a mountainside above the village of Queja in the central Guatemalan region of Alta Verapaz, burying dozens of people in their homes.
The rains triggered more mudslides in Queja late on Saturday, and the head of a local emergency worker team said rescue efforts had been called off, possibly permanently. "We are coordinating so that all the personal are evacuated in the morning because we can't work there. If we stay, lives will be lost," said the emergency worker, Juan Alberto Leal.
Some of the houses in Queja are under 50 feet of mud, Leal said, with relentless rain making the soil too loose to safely work, and new landslides forcing workers to flee to safer ground in the village. Gloria Cac, a member of the Poqomchi? people and a resident of Queja, said 22 family members were missing after the mountain collapsed.
"All her family is gone, she's the only survivor. Her dad, mom, siblings, aunts and uncles, grandparents, they're all gone. Twenty-two family members and it's just her alive," a visibly distraught Cac, carrying a small child in her arms, said through an interpreter in a recorded video.
Queja had been home to about 1,300 people, according to government data. Not all its houses were destroyed, and most survivors have already been evacuated, officials say.
"At ground zero there is a terrible reality," said Francisco Muz, a retired general who was helping in the rescue efforts.
The weather front spread destruction from Panama to Costa Rica, Nicaragua, Honduras and Mexico, has continued to push the death toll higher in those countries. It now stands above 65.
In the Mexican state of Chiapas, flooding has killed 19 people, many swept up by rivers whose banks burst, state authorities said. North of Chiapas in Tabasco state, the deluges killed two more people, the federal government said. The devastation harked back to Hurricane Mitch, which killed some 10,000 people in Central America in 1998.
President Alejandro Giammattei on Friday suggested up to 150 people could have been buried in the Queja landslide.