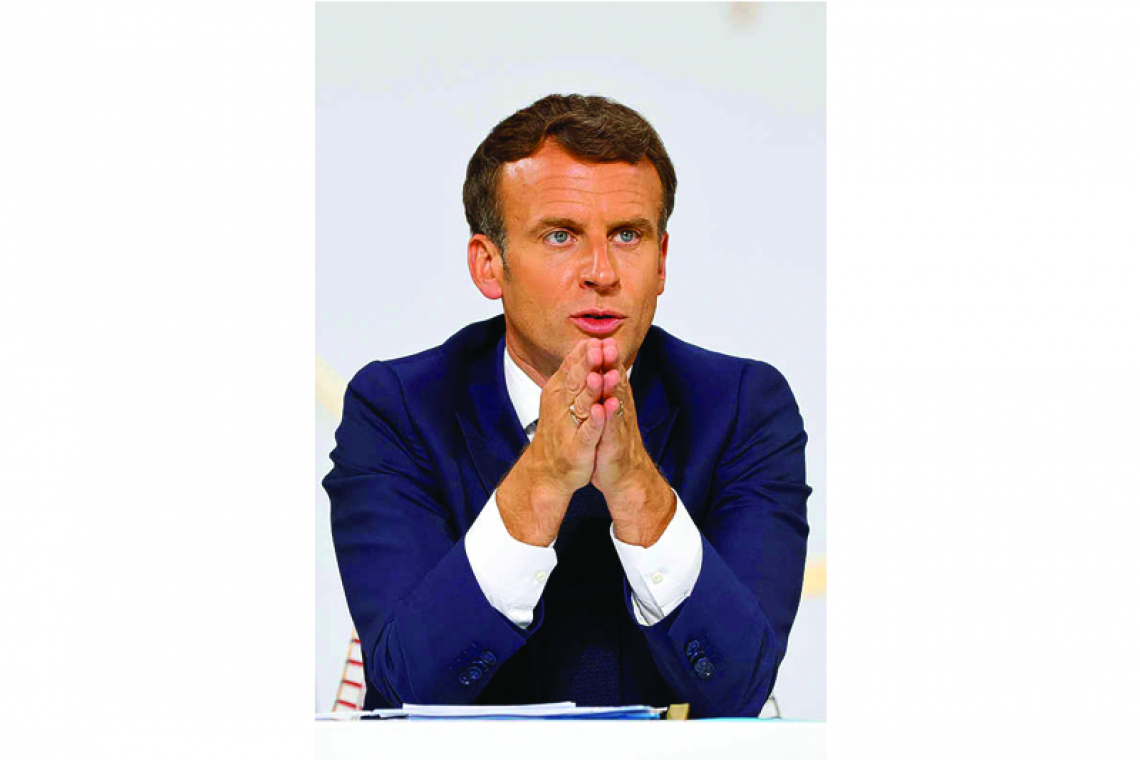 PARIS--President Emmanuel Macron said on Thursday France's operation battling Islamist militants in the Sahel region of West Africa would come to an end with troops now operating as part of broader international efforts in the region.

France, the former colonial power, has hailed some success against Sahel militants in recent months but the situation is extremely fragile and Paris has grown frustrated with no apparent end in sight to its operations and political turmoil especially in Mali.
"The time has come to begin a deep transformation of our military presence in the Sahel," Macron told a news conference, referring to the Barkhane operation, which has some 5,100 soldiers across the region.
The decision comes days after Malian army Colonel Assimi Goita took power following his overthrow of a second president in nine months and growing criticism about some governments negotiating with militants. Macron earlier this month described the Mali move as a "coup within a coup" and temporarily suspended joint operations between French and Malian troops on June 3.
The decision on the French troop cutback was made during a defence cabinet meeting on Wednesday, two sources told Reuters earlier on Thursday. Macron said details of the changes would be finalised by the end of June after consultations with the United States, European states involved in the region and the five Sahel countries - Mali, Niger, Chad, Burkina Faso and Mauritania.
"Many of our soldiers have fallen, I have a thought for their families. We owe them consistency, clarity," Macron said. "Our desired objective is to reduce our bases, to reduce the external operations."
Some 55 French soldiers have died in the region since Paris intervened in 2013 to drive back al-Qaeda-linked groups that had seized cities and towns in northern Mali a year earlier. Macron said several hundred French special forces would work alongside other European countries in the Takuba Task Force fighting militants in the Sahel alongside the Malian and Nigerian armies.
More countries would be asked to contribute forces to that alliance, including the United States, which until now has only provided logistical and intelligence support in the Sahel, he said.
Other French forces would work as part of training operations and as part of international missions already operating in the region. "The lasting presence of France's external operations cannot replace the return of the state and state services and political stability and the choice of sovereign states," Macron said, pointing out that despite repeated operations the state still had not returned in many areas.