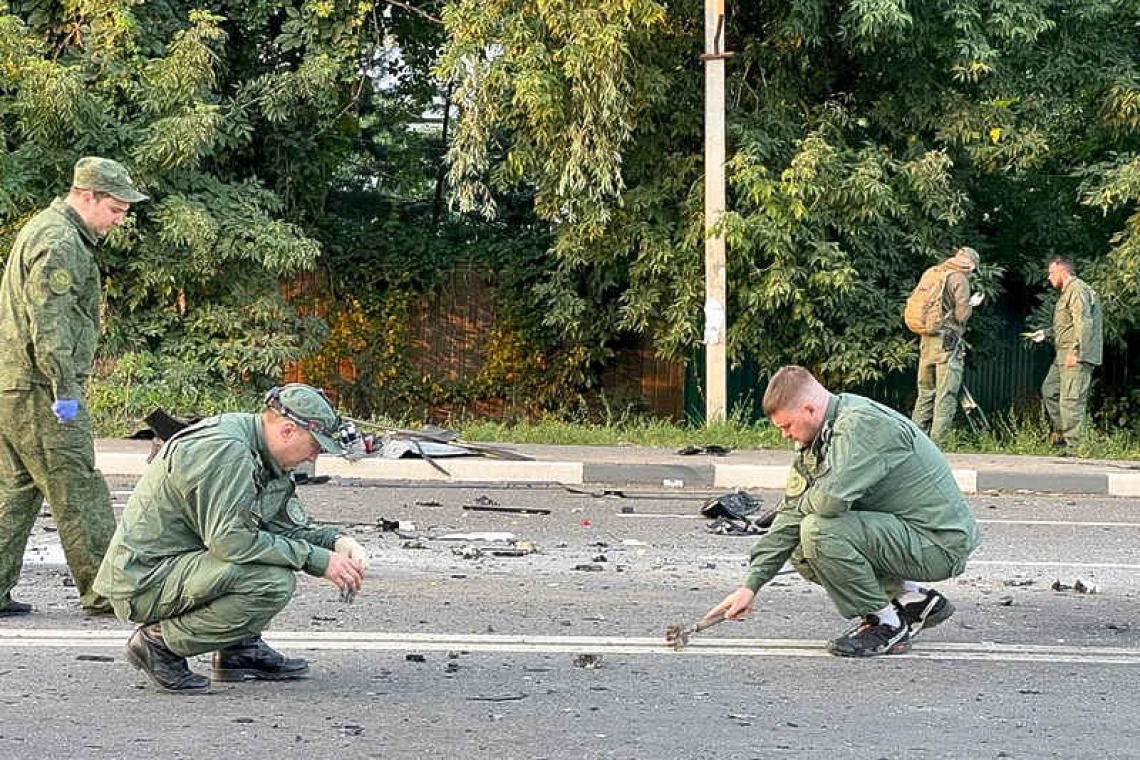 Darya Dugina, daughter of prominent ideologue Alexander Dugin, was killed on Saturday evening after a suspected explosive device blew up the Toyota Land Cruiser she was driving, investigators said.
The Russian Foreign Ministry speculated that Ukraine might have been behind the attack. Ukraine denied any involvement.
Russia's TASS state news agency quoted Andrei Krasnov, someone who knew Dugina, as saying the vehicle belonged to her father and that he was probably the intended target. Father and daughter had been attending a festival outside Moscow and Dugin had decided to switch cars at the last minute, Russian government newspaper Rossiiskaya Gazeta reported.
TV footage accompanying a statement by Moscow region investigators showed officers collecting debris and fragments from the spot where the explosion happened. The statement, which described Darya Dugina as a journalist and political expert, said investigators had opened a murder case and would be carrying out forensic examinations.
Investigators were considering "all versions" when it came to working out who was responsible, it said. The head of Russia's Investigative Committee ordered the institution's central branch to take over the investigation.
"An explosive device was placed on the underside of the car on the driver's side," the committee said in a statement. "Darya Dugina, who was behind the wheel, died at the scene.
"The investigation believes that the crime was planned in advance and was of a contractual nature," it added.
Maria Zakharova, Russia's Foreign Ministry spokeswoman, said that if the investigation's trail led to Ukraine, then it would point to a policy of "state terrorism" being pursued by Kyiv.
Ukraine denied involvement. "I confirm that Ukraine, of course, had nothing to do with this because we are not a criminal state, like the Russian Federation, and moreover we are not a terrorist state," said Ukrainian presidential adviser Mykhailo Podolyak, speaking on Ukrainian television.
He appeared to blame internal power struggles between "various political factions" in Russia for the killing, and suggested the incident was the "Karmic" payback for supporters of Russia's actions in Ukraine like Dugina and her father.
Alexander Dugin, Darya's father, has long advocated the unification of Russian-speaking and other territories in a vast new Russian empire. He wants that empire to include Ukraine where Russian forces are currently carrying out what Moscow calls a "special military operation" to demilitarise Ukraine. The influence of Dugin, who is on a U.S. sanctions list, over Russian President Vladimir Putin has been a subject for speculation, with some Russia watchers asserting that his sway is significant and others calling it minimal.