Carbon superpowers: US-China deal seen as symbolic but not sufficient 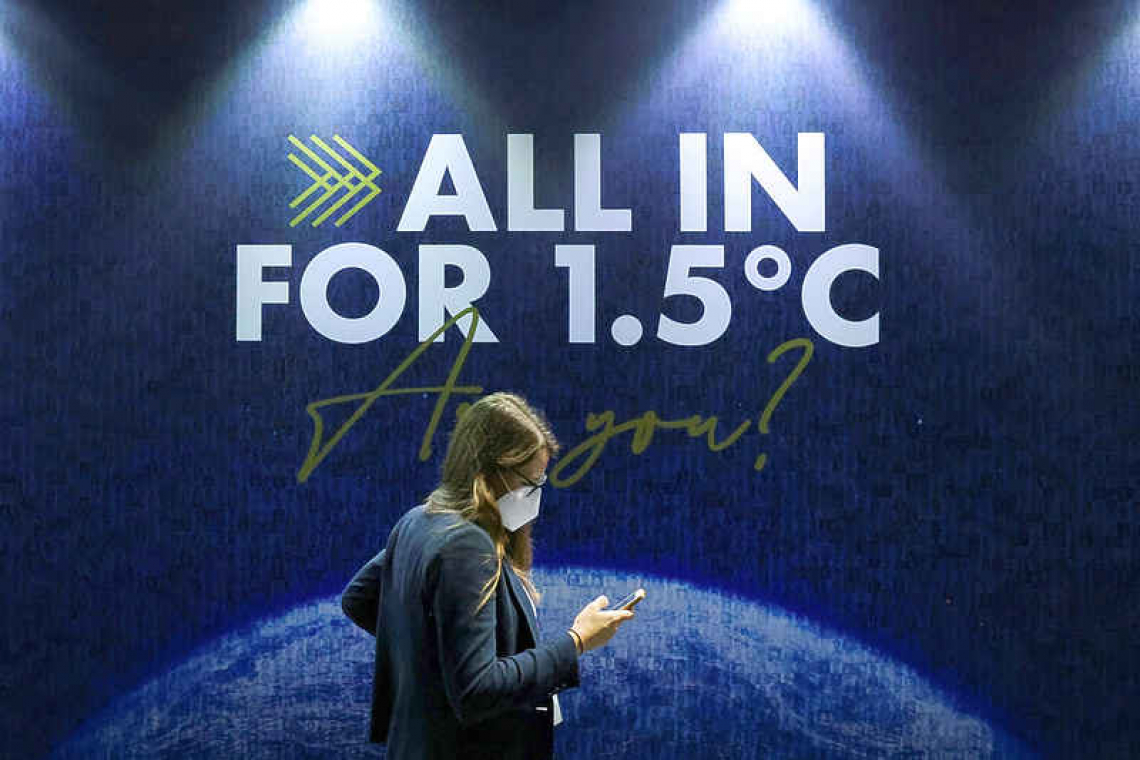 GLASGOW--A joint China-U.S. declaration on climate change is a political reset to a time when the world's two biggest carbon emitters reached the brief meeting of minds that helped forge the 2015 Paris Agreement.

But that still won't be enough to avert a deepening climate crisis, unless Washington and Beijing can match words with more action to curb fossil fuels and prod others at the COP26 talks in Glasgow to do the same.
"It prevents the worst from happening," Li Shuo, senior climate analyst with Greenpeace in Beijing, said of a scenario under which the United States and China might refuse to cooperate in the fight against climate change. "But does it give us the best? The answer is clearly no."
For many, Wednesday's announcement recalled Sino-U.S. cooperation in 2014, when officials under Barack Obama and Xi Jinping helped lay the basis for the landmark accord in Paris a year later to cap global warming at 1.5 degrees Celsius. The subsequent move by climate sceptic Donald Trump to pull the United States out of that accord shattered any vestige of trust between the two. President Joe Biden's decision to rejoin Paris was only a first step in rebuilding that confidence.
Still, that didn't stop the mudslinging. During the first week of the Glasgow talks, Xi called out rich countries for not doing enough, and Biden scolded the Chinese leader for not showing up in Scotland.
But even as the barbs were flying, U.S. climate envoy John Kerry - who served as Obama's top diplomat - and his Chinese counterpart Xie Zhenua were finalising a statement which a Biden administration official said had been nine months in the making. "They knew they wanted to end with a joint statement that would find common ground around 'ambition' that could be a useful input for the Glasgow negotiations," the official said.
John Podesta, White House climate adviser to Obama who was instrumental in the original U.S.-China deal, said the joint statement allows Beijing and Washington to "put down their swords and find a way to cooperate on climate on a technical level."
"We're at least headed in the right direction now," Podesta said.
While its final impact on the Glasgow talks is uncertain, the joint declaration at least managed to bolster hopes for a successful outcome of the U.N. meeting, which appeared to have made little progress in its first week. "It's mostly symbolic, for what both the U.S. and China were saying is that they're not engaging in a war of words anymore," said Byford Tsang, climate policy adviser at the E3G think tank. "Now they can focus on the actual negotiation and give a bit more room for a more ambitious outcome."
The sparse content of the declaration, the way it was staged, and what it means for those negotiations, still leave many questions unanswered. EU climate policy chief Frans Timmermans welcomed the declaration's strong political signalling but said the EU's existing plan to cut net emissions by 55% by 2030 from 1990 levels went "way beyond" what was being proposed by Washington and Beijing.
While COP26-watchers said conference host Britain was "in the loop" on the agreement, the surprise announcement distracted attention from efforts to wring a global deal from the nearly 200 countries represented in Glasgow. Many voices called for the focus to return swiftly to the negotiations going on among the national delegations.
"The success of that cooperation will be judged by the outcome of COP26," insisted France's Laurence Tubiana, a key architect of the 2015 Paris Agreement.
On the plus side, analysts welcomed the sense of urgency in a statement that talked of the "critical decade of the 2020s" and its acknowledgment that current efforts were not enough. Others were reassured by pledges by Washington and Beijing to work together to combat illegal deforestation, bring about a phased reduction in coal consumption, and act this decade to control and reduce emissions of the powerful greenhouse gas methane.
But the lack of clear deadlines was widely seen as a major weakness. "If they are serious about avoiding catastrophic impacts, they must also support the enhancement of national policies, plans and actions that will see 1.5°C kept within reach," said Manuel Pulgar-Vidal, WWF's global leader on climate and energy.
Pulgar-Vidal said he particularly wanted to see U.S.-Chinese backing for an improvement in national emission-cutting targets as early as next year.
The declaration's emphasis on rich countries meeting a broken promise to deliver $100 billion in climate aid to developing nations as soon as possible was also greeted with scepticism. "The key will be following up with real action," said Brandon Wu, ActionAid USA's director of policy and campaigns, urging Washington in particular to scale up its climate finance.