Top US bank profits may leap, then fade 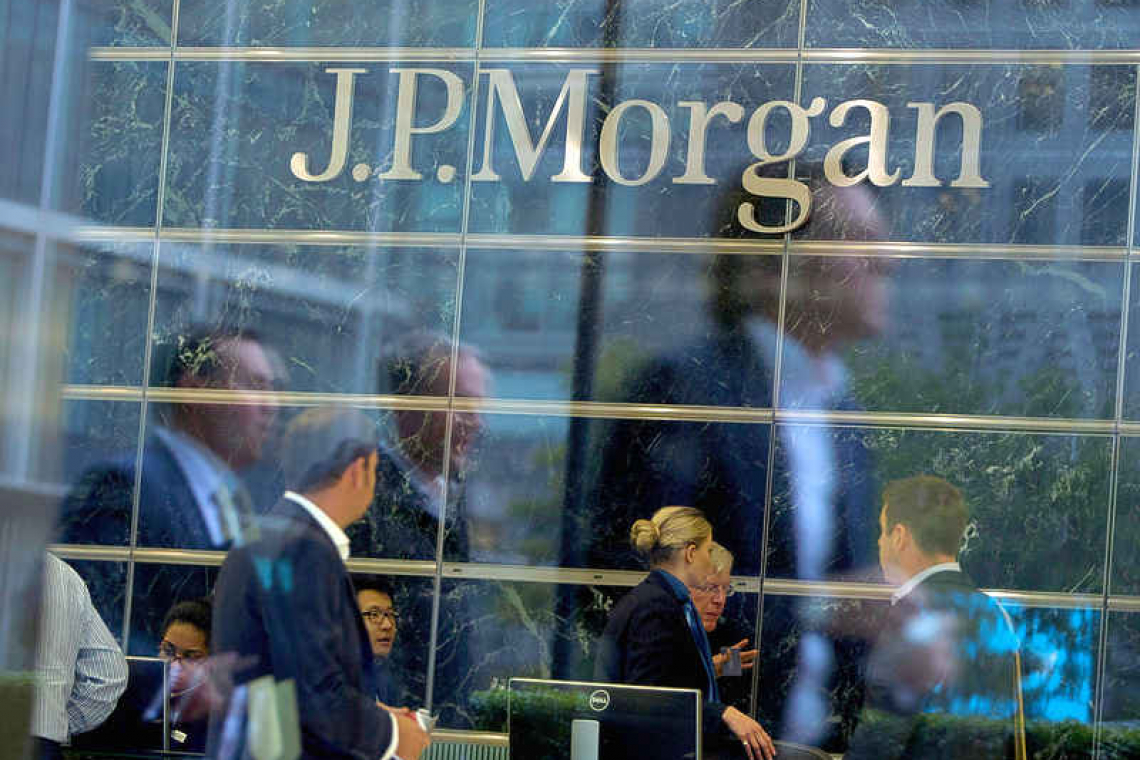 NEW YORK--Big U.S. banks are on track to produce blockbuster first-quarter profit gains, but enthusiasm might fade when investors look under the hood.

Banks including JPMorgan Chase & Co, Bank of America Corp and Citigroup Inc are poised to report that net income jumped 60% to 250% from a year earlier, according to analyst estimates. Wells Fargo & Co earnings per share are expected to rocket to 61 cents from a single penny.
Analysts said banks may move another a chunk of "reserves" – money they had set aside for expected pandemic loan losses – to the bottom line, as the credit outlook has improved. The expense of building those reserves is what crushed results last year.
They also anticipate capital-markets revenue to keep flourishing. Wall Street-centric banks like Goldman Sachs Group Inc and Morgan Stanley might produce huge revenue for units that include trading, underwriting and investment banking.
U.S. bank stocks have jumped on expectations that vaccines will lift the economy, as well as bond-market moves that suggest banks will earn more money from the difference in what it costs for them to borrow and what they receive to lend. Bank shares are up 50% on the KBW Nasdaq Bank Index since October, which was right before investors learned that vaccines were effective. That's more than twice the 20% gain for the S&P 500.
However, loan growth has been weak during the first quarter, according to Federal Reserve data. This is the main factor driving investors' view on banks, analysts said. "Everyone is still trying to find evidence that the economic green shoots are coming through," said bank analyst Brian Kleinhanzl of Keefe, Bruyette & Woods.
Management outlooks for net interest income could move the stocks sharply this quarter because the shares have climbed so much, Kleinhanzl said. Much of the investor hope for interest income is on the idea that banks will see building demand for loans from businesses and consumers.
Business borrowing could accelerate later this year with confidence in the economy, said Barclays analyst Jason Goldberg. And, consumers could borrow more on credit cards as they start to travel again, he added.
But analysts will be checking for evidence from banks that their customers have marshaled so much cash that they won't need loans for a while. If loan growth is not evident, investors will want to know whether banks plan to use deposits on their balance sheets more profitably. Although yields on 10-year Treasury notes have risen recently, yields on the 2-to-3 year securities that banks typically invest in have barely moved.
"Near-term, net interest income will continue to be pressured given very subdued loan growth and the lingering impacts of low short-term interest rates," said Goldberg.