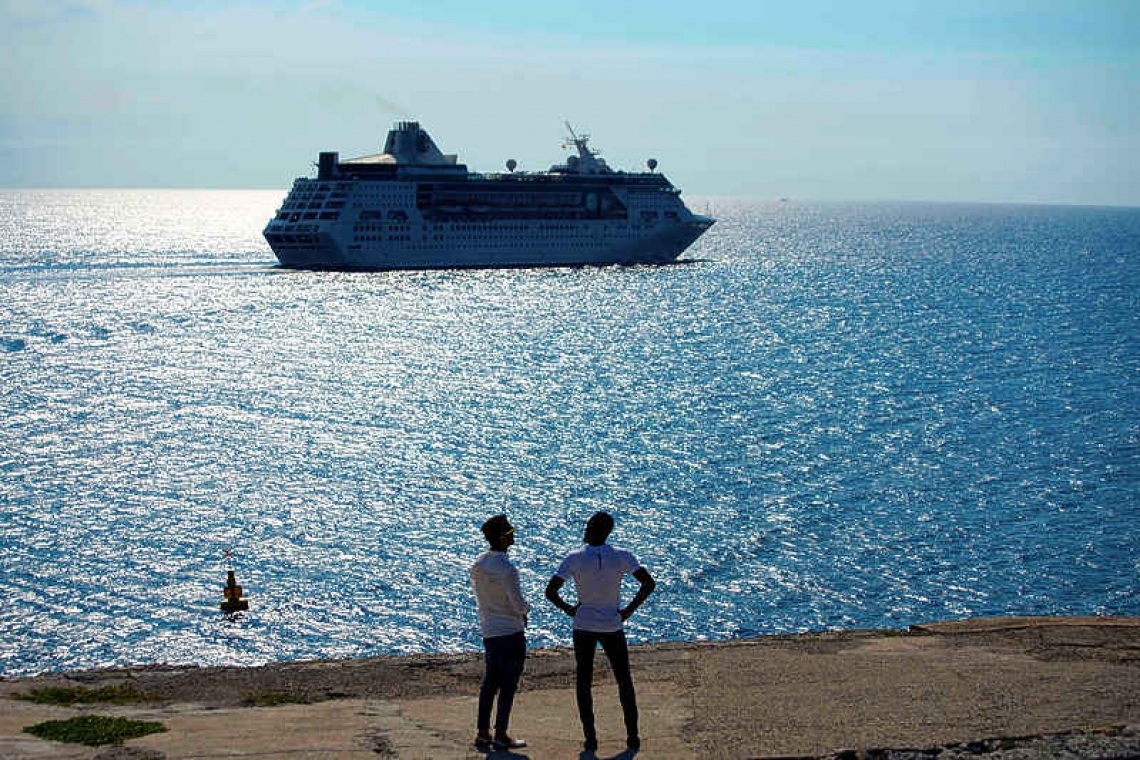 MIAMI--Retired New Yorkers Mahlon and Kim Russell have taken 15 cruises over the past 15 years, visiting destinations from Tahiti to St. Petersburg, primarily with Norwegian Cruise Line.

After cancelling a fall trip to Europe, in July the Russells booked a 10-day cruise around Australia and New Zealand - for January 2022. "We love cruising," said Mahlon Russell. "But we don't love it enough to be the first ones out of the gate."
The cruise industry has been hit hard by the coronavirus pandemic, with shares of the three major global operators down an average of 51% since the start of March, as their revenue stream has dried up. But the three - Carnival Corp, Norwegian Cruise Line Holdings, and Royal Caribbean Cruises - are expecting solid 2021 bookings, leaning heavily on repeat cruisers like the Russells.
Operators are reporting a mix of new cash bookings and people redeeming credits they received for cancelled cruises this year. In 2019, over 80% of people who went on cruises said that they would book another cruise as their next vacation, industry trade group Cruise Lines International Association found in a survey.
"We absolutely believe when we come out of this we will lean into our repeat cruisers," said Carnival Cruise Line president Christine Duffy in an interview. "They really are the ambassadors for the cruise industry."
Regular cruisers are less likely to be scared off because the vacation concept is familiar and they have seen other blows to the industry - like the 2003 SARS outbreak or 2012 Costa Concordia disaster - as isolated events, said Credit Suisse analyst Benjamin Chaiken.
Keeping those regulars engaged has been a part of the industry's comeback strategy. During the pause in operations - which will continue through at least the end September for ocean-going ships departing the United States - cruise operators are using low-cost digital marketing to remind repeat guests what they are missing.
In one video posted on social media and emailed to past customers, Regent Seven Seas Cruise Director David Nevin hosts a virtual 'tea time' and sings "Hallelujah" in the ship's vacant Constellation Theater. Small luxury cruise provider Seabourn has hosted at-home Cha Cha dance lessons from a ship choreographer named Pasha, and a concert performed by pianist Panos Karan, decked out in a tuxedo.
There are no signs of buffets, spa treatments or other pandemic turn-offs. Instead, Carnival-owned Holland America Line features a performance from cruise musician Mohamed Shams, who plays Schubert's "Impromptu in G flat minor" from his grandmother's house in Queens, New York - her teddy bear collection perched atop the piano.
Executives hope their marketing efforts will stoke demand for a restart that initially will involve limited capacity and fewer trips. "Very loyal cruisers know exactly what suite they wish to have. What deck they wish to be on," said Chris Austin, Seabourn's Senior Vice President of Global Sales and Marketing. "Loyal cruisers definitely say 'Yes, I want to be in the Mediterranean for 14 days sailing around the Greek Isles in 2021' and they know that they want the Wintergarden Suite."
To resume cruising from the United States, operators must submit for approval their health and safety plans to the U.S. Centers for Disease Control and Prevention (CDC), which issued and then extended the 'No Sail Order' that grounded ships. The operators must also comply with rules governments around the world set to obtain access to ports.
Most companies have yet to announce details for the health and safety protocols they expect to come with a restart, but there is pressure to get it right. Some of the earliest COVID-19 outbreaks occurred aboard Carnival-owned cruise ships; all three operators have been the target of class action lawsuits related to the pandemic.
Cruising operators are currently burning up to $650 million per month to cover their costs while they wait, as they service idled ships. Some have increased their cash flow through a combination of debt and equity offerings, allowing for longer runways with no revenue.
Carnival CEO Arnold Donald said on the company's July 10 earnings call that it has enough liquidity to withstand another full year without revenue. Norwegian CEO Frank Del Rio said in an earnings statement in May that the firm could weather over 18 months of suspended voyages.
Royal Caribbean has enough liquidity to last until mid-2021 with no operations, according to a June 4 report from Moody's Investor Service. Royal Caribbean declined to comment.