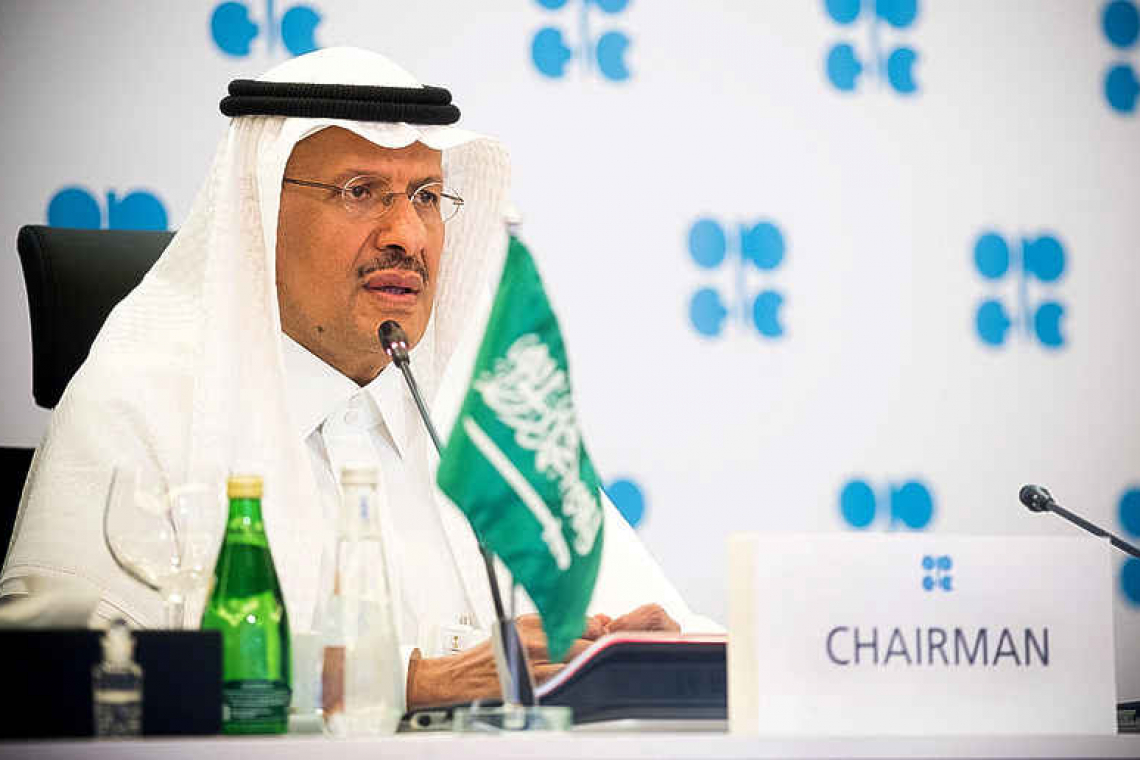 MOSCOW/LONDON/DUBAI--Saudi Arabia pledged additional, voluntary oil output cuts of one million barrels per day (bpd) in February and March as part of a deal under which most OPEC+ producers will hold production steady in the face of new coronavirus lockdowns.

Saudi is going beyond its promised cuts as part of the OPEC+ group of producers to support both its own economy and the oil market, Energy Minister Prince Abdulaziz bin Salman said on Tuesday. "If there is one way to describe what its voluntary cut means for the market, ‘happy hour’ is a pretty fitting term," Rystad Energy analyst Bjornar Tonhaugen said in a note.
Benchmark Brent oil prices rose on the news, trading up almost 5% above $53 per barrel at 2023 GMT.
The deal - under which most producers will hold output steady - followed two days of talks by OPEC+, which groups OPEC and others including Russia. Two members - Russia and Kazakhstan - will be allowed to bump up their output by a modest combined 75,000 bpd in February and a further 75,000 bpd in March.
Their increases could frustrate OPEC+ peers similarly looking to pump more, but it was apparent the two were keen to avoid non-maintenance winter shutdowns, which at aging wells in Russia for example could prove uncommercial to restart, Rystad's Tonhaugen noted.
Russia and Kazakhstan had pushed for the group to raise production by 500,000 barrels per day (bpd) for February, as it had done for January, while others wanted no increase. OPEC+ has warned that bearish risks are on the rise as "the reimplementation of COVID-19 containment measures across continents, including full lockdowns, are dampening the oil demand rebound in 2021."
Prince Abdulaziz urged caution, noting still fragile fuel demand and the unpredictable impact of new variants of the coronavirus. He said the voluntary cut would help prevent stockpiles building up. New variants of the coronavirus first reported in Britain and South Africa have since been found in countries across the world.
OPEC+ producers have been curbing output to support prices and reduce oversupply since January 2017. As COVID-19 hammered demand for gasoline and aviation fuel and slashed Brent oil prices, OPEC+ was forced to boost its output cuts to a record 9.7 million bpd in mid-2020. January's 500,000 bpd rise in output narrowed OPEC+ cuts to 7.2 million bpd.
Tuesday's deal including Saudi's voluntary reduction will widen the cuts to 8.125 million bpd in February before they narrow to 8.05 million in March, based on OPEC figures and the Saudi minister's comments. April volumes are to be decided at an OPEC+ meeting in early March.