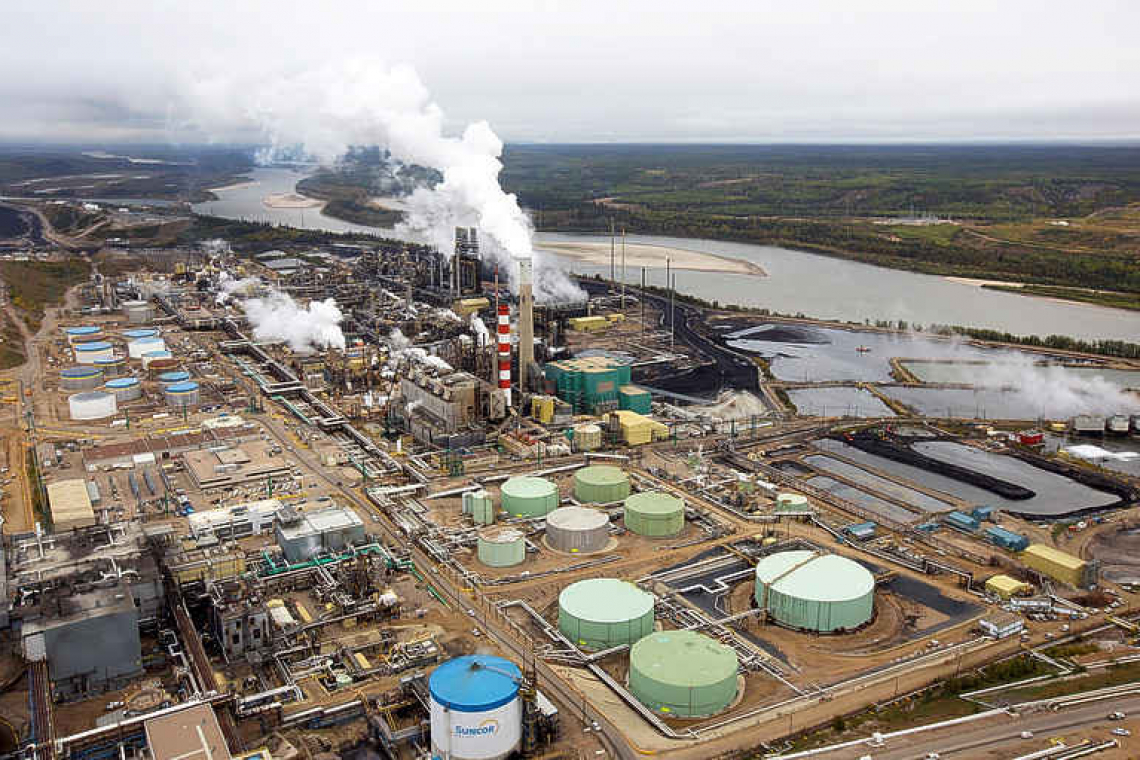 WINNIPEG, Manitoba--Oil and gas companies have asked the Canadian government to design a tax credit to pay for 75% of the cost to build carbon capture facilities that will curb greenhouse gas emissions, the country's main energy industry group said on Thursday.

The Canadian Association of Petroleum Producers (CAPP) made the request in August to the Department of Finance just before the federal election campaign, setting the tax credit at a level high enough to provide an economic return, Ben Brunnen, CAPP's Vice-President of Oil Sands, told Reuters.
Carbon capture facilities are expected to be a key part of global efforts to contain emissions from fossil fuels production. Canada is the world's fourth-largest oil producer and has a set a goal of generating net-zero emissions by 2050.
The carbon captured from oil and gas operations is less concentrated than that of some other large emitters, such as fertilizer plants. That means that capture costs are higher on a per tonne basis for oil companies, Brunnen said.
"Because of that, this (credit) needs to be designed to drive a balance and reflect the economic realities," he said. "The government role should be providing the playing field to enable companies to make these investments."
Prime Minister Justin Trudeau's Liberal government began industry consultations in June on the make-up of its proposed carbon capture investment tax credit, before the national election last month. Trudeau won a third term and discussions are expected to resume before the government finalizes the credit next year.
A spokesperson for Finance could not be immediately reached. Trudeau's government has not said what level of tax credit it is considering. At 75%, the Canadian credit would be comparable to support offered in the United States, once lawmakers sweeten the American tax credit, Brunnen said.
Many environmental groups oppose reliance on carbon capture to address global warming, calling it expensive and a means of prolonging fossil fuels production. "We're talking about an industry that created this problem, that also made billions of dollars over the last 40 years knowing that climate change is a problem," said Cam Fenton, Canada team leader for 350.org.
Although the government calls its proposed carbon capture support a tax credit, CAPP wants it to function more as a grant, with Ottawa reimbursing carbon capture proponents a percentage of their costs as they build the facilities, Brunnen said.