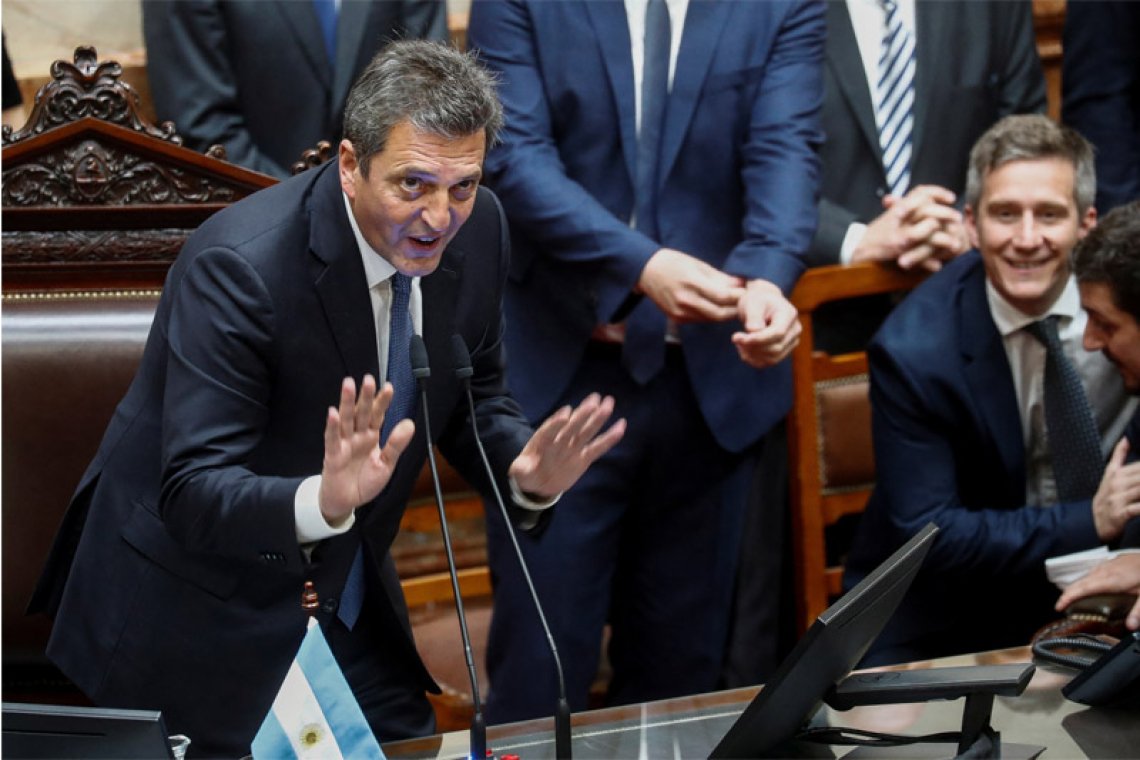 The announcements mark the first actions taken by Massa, President Alberto Fernandez's latest pick for economy minister, as the South American country's economy suffers from a debilitating spending, debt and inflationary crisis that has stoked angry street protests.
During his first news conference as minister, Massa took an especially hard line against surging consumer prices, seen rising at least 70% this year. "We have to confront inflation with determination because it's the main poverty factory any country faces," said Massa, who stressed "fiscal order" as a key confidence-building measure, especially a tighter lid on public spending.
Massa, Fernandez's third economy chief in just the past month, formally took the reins of his newly dubbed "superministry" on Wednesday. The South American country's large fiscal deficit, exacerbated by years of overspending, high debt and a weak peso currency will all battle for the new minister's attention.
A former congressional leader and lawyer from the ruling Peronist coalition, Massa pledged to meet a 2.5% budget deficit goal as well as refrain from using advances from the treasury for the rest of this year. He also promised to keep in place a freeze on new government hires.
Explicitly backing the government's $44 billion debt deal with the International Monetary Fund, Massa told reporters he would continue with all agreed payments to the lender. The new "superminister," with expanded power over economic policy, said the government will launch a voluntary exchange for peso-denominated debt maturities over the next three months.
He also said the government is advancing with $1.2 billion in payments to international entities, without naming them, for ongoing programmes as well as programmes under consideration.