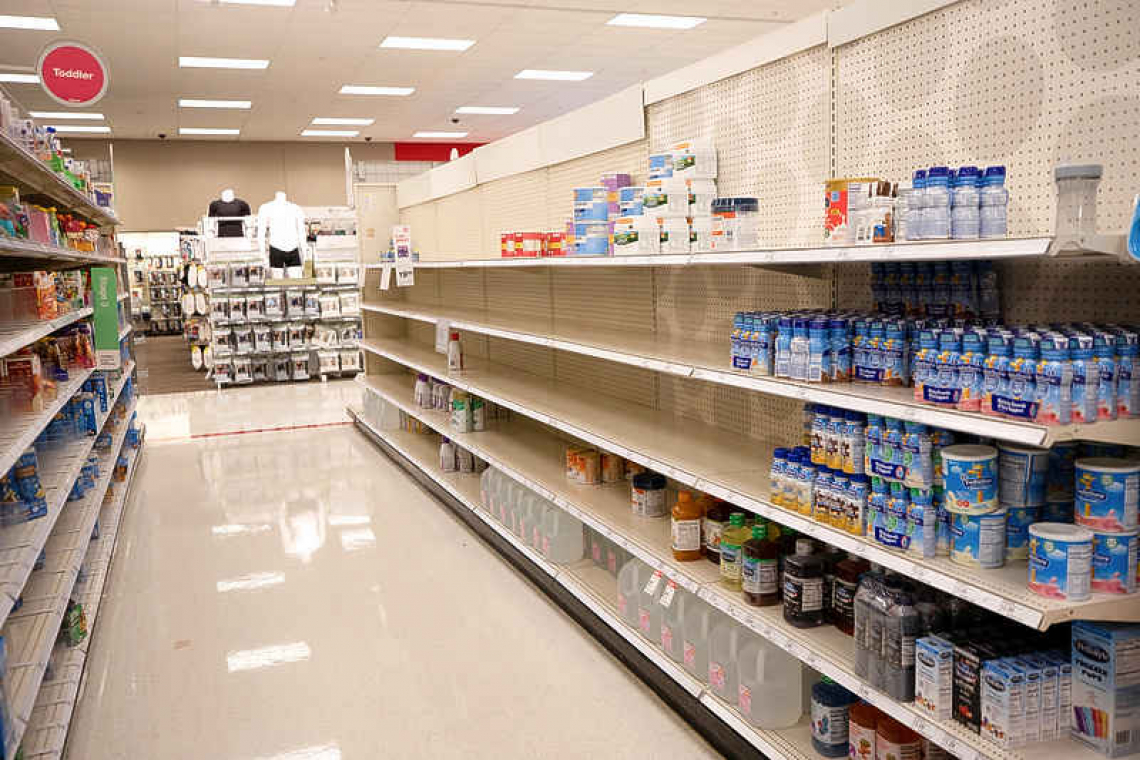 NEW YORK--U.S. retailers including Target Corp, CVS Health Corp and Walgreens Boots Alliance said on Tuesday they have limited purchases of infant formula due to a supply shortage.

The limits come after top supplier Abbott Laboratories in February recalled some baby formula including Similac made at its plant in Michigan over complaints of bacterial infections in infants who consumed the products.
CVS said it last month limited in-store and online purchases of the products to three per order, while Walgreens issued a similar cap in March. Kroger has a limit of four products per customer and Target has had restrictions on online sales for weeks.
Abbott said on Tuesday it was "doing everything" it can to address the shortage, including prioritizing production of the products and air shipping them from its U.S. drug regulator-approved facility in Ireland.
The company is also working closely with the Food and Drug Administration to restart operations at its Michigan facility, a spokesperson said. No formula that has been distributed has tested positive for bacteria, according to the company.
The Similac maker is the leading supplier of milk formula in the United States with a market share of about 42% in 2021, followed by British consumer goods firm Reckitt Benckiser with a nearly 38% share, according to Euromonitor data.
The FDA said it is taking several steps including working with Abbott and other manufacturers to alleviate supply issues. The agency said several infant formula manufacturers are meeting or exceeding capacity levels to meet current demand and that more infant formula was purchased in the month of April than in the month prior to the recall.
"We are doing everything in our power to ensure there is adequate product available where and when they need it," FDA Commissioner Robert Califf said in a statement.
About 40% of baby formula products were out of stock across the United States last month, said Ben Reich, the chief executive of data firm Datasembly. Supply chain snags, product recalls and historic inflation have compounded the shortage, he added.