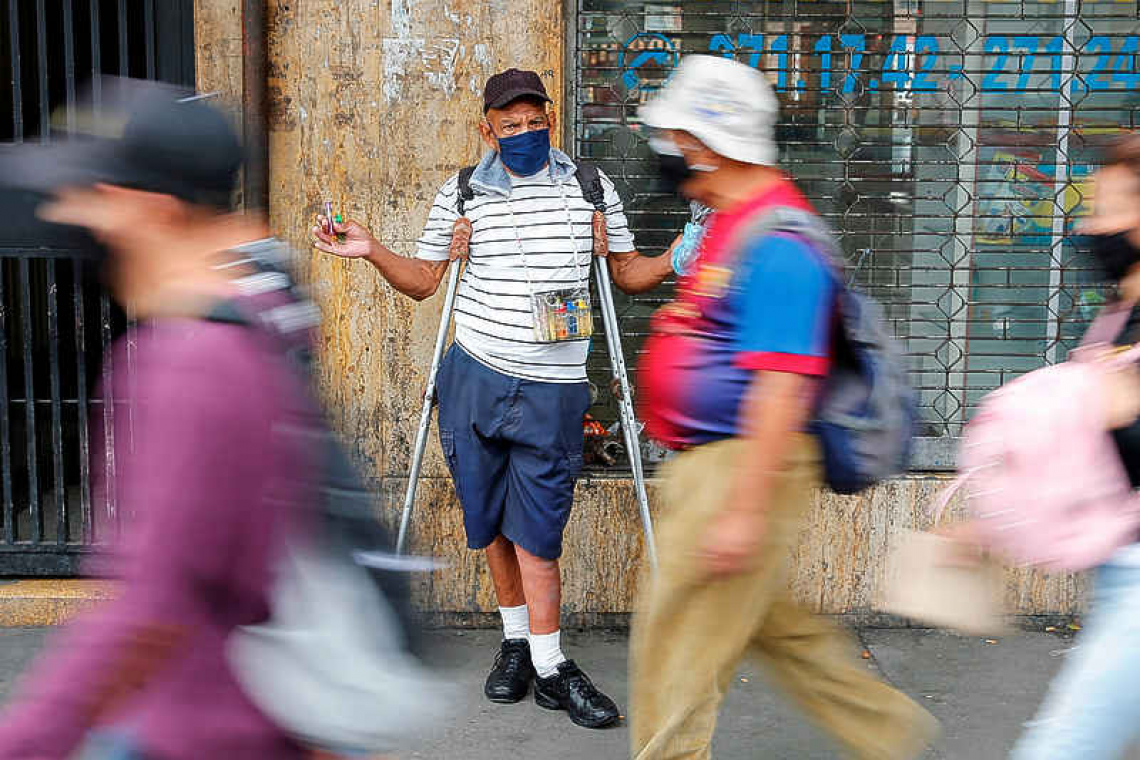 CARACAS/SAN CRISTOBAL--Venezuela's gradual shift to the U.S. dollar is widening inequality between its public and private sector workers, as those paid in foreign currency enjoy greater purchasing power while others face prohibitive prices, employees, pensioners and economists said.

Use of foreign currency has increased in the South American country since the government of President Nicolas Maduro relaxed economic controls in 2019, helping some businesses, but inflation of the bolivar, the official national currency, remains at 222% and recovery has been uneven.
State employees, whose salaries are paid mainly in bolivars and only sporadically increased, are the most affected. In the private sector, at least 63% of salaries are paid in dollars, according to the Venezuelan Finance Observatory, an independent economic research firm.
"We have been suffering from low wages for some time," said Seyyer Chacon, a 43-year-old nurse at a public hospital in eastern San Cristobal.
"I don't earn enough to change the oil in my car," said Chacon, who earns 250 bolivars a month, equivalent to about $55.
The low wages have led public employees and retirees in the OPEC member nation to hold weekly protests demanding greater pay outside of labour ministry buildings in various cities. In the first quarter of the year there were 700 worker protests, 27% more than in the same period of 2021, according to the non-governmental Venezuelan Observatory of Social Conflict.
"The hyperinflation responsible for today's large transactions in dollars, which have allowed a slight recovery in some activities, has also deepened the differences between private sector and public sector salaries," said Omar Zambrano, director of local research firm Anova Policy. "Everything was dollarized, except in the public sector, which does not generate enough foreign currency and cannot pay higher salaries to its nearly 2 million employees."
A limited government response has pushed some workers to leave their jobs altogether, said three union members who asked not to be named for fear of job security. Staff shortages have affected the provision of basic services and the operations of state companies, the union sources added, including state-run oil company PDVSA, already battered by years of disinvestment, mismanagement and U.S. sanctions.
Venezuela's labour ministry did not immediately respond to a request for comment. The country's vice president, Delcy Rodríguez, said this week that when the country has more income, the well-being of workers will improve.
In Venezuela, public sector employees earn the equivalent of between $30 and $100 a month, according to the latest government salary revisions. Meanwhile, private sector workers earn an average of between $106 dollars and $247 dollars per month, the Venezuelan Finance Observatory calculated in April.
Ramona Franco, 59, left her job as a teacher at a public school in Maracaibo, the capital of the once-rich oil state of Zulia, and now gets by selling $1 lunches. "Years ago, being a teacher in Venezuela was an opportunity to grow because the salaries were enough to live on, but currently it is illogical - a teacher's salary is not enough for a kilo of cheese," said Franco, whose former salary was equivalent to just $15 dollars a month after 19 years of teaching.
That is well below the $300 average cost of basic family food needs. Hernando Gonzalez, 23, has been working for two months as a waiter in coastal Maracaibo, where he earns a mixed salary of dollars and bolivars worth about $100. Even his partial payment in foreign currency is not enough to ensure financial security.
"I try to extend my wage as long as I can for food and to meet my one-year-old son's needs," Gonzalez told Reuters.
Meanwhile, pensioners receive the bolivar equivalent of a minimum wage - about $30 dollars a month. "I contributed 35 years to social security and my pension goes to buying medicines," said Alis Moreno, 67, as he protested with other retirees outside the labor ministry.
Moreno sells candies in the Caracas subway to make ends meet, earning between $2.50 and $5 per day. "I felt middle class, now I ask for alms to survive."