Cuban sugar industry restructures as yet another bleak harvest looms 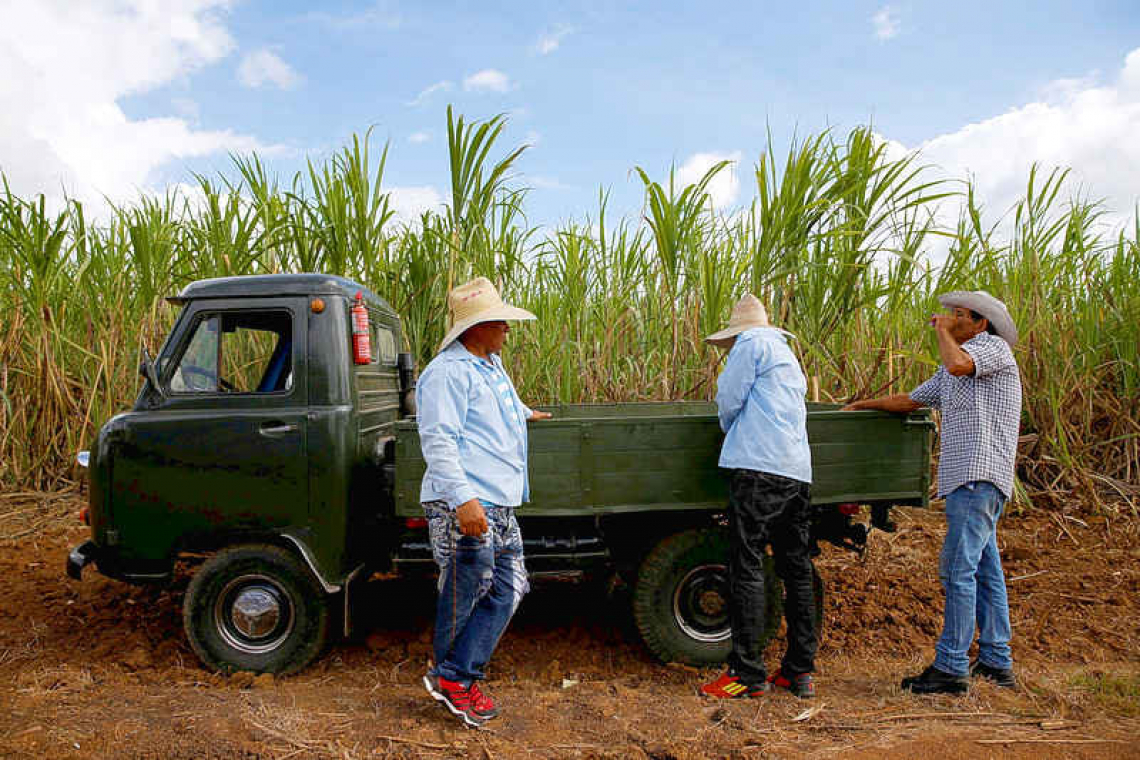 HAVANA--Cuba has carried out a root and branch restructure of its sugar industry in a last-ditch attempt to keep mills from folding in the face of collapsing output.

In recent weeks, the government has made 56 sugar mills subsidiary companies of state sugar monopoly AZCUBA and incorporated local plantations into the new entities, allowing them to leverage recent reforms that include setting wages and cane prices and keeping control of 80% of their export earnings.
The Communist-run country produced just over 800,000 tonnes of raw sugar last season, its worst performance since 1908 and just 10% of a high of 8 million tonnes in 1989. Experts consulted by Reuters say 2022's production could be even lower.
"The industry has more or less collapsed. The situation is worse this year than last and it will take time to bring it back," a local sugar expert said, requesting anonymity as he was not authorized to talk with journalists.
The Caribbean island nation has suffered from both the effects of the coronavirus pandemic and tough new U.S. sanctions, reducing its hard currency earnings over the past two years by around 40%, shrinking the economy 13% and reducing resources available to mills and plantations. Provincial media has been filled with stories of cane shortages, mill repairs behind schedule, and a lack of tires, batteries and fuel to harvest and transport cane.
Cuba's economy long relied heavily on sugar exports, but output has plunged since the breakup of the Soviet Union in 1991. In central Sancti Spiritus province, for instance, some 45% of land that should be cultivated for sugar was fallow, provincial Communist Party newspaper Escambray reported last week.
A national Council of Ministers communique from a June 2021 meeting said a review of the industry was underway "to guarantee in the future the vitality of these activities, which have meant so much economically and in the history of Cuba."
The harvest usually begins in November and runs into May, but this year the first mill will open on Dec. 5, with the bulk beginning to grind in late December into January. Last year, 38 mills opened and this year there will be fewer, according to provincial media reports.
Key sugar-producing provinces Villa Clara and Las Tunas provinces estimate output of around 125,000 tonnes each, slightly more than last season, while Sancti Spiritus, Cienfuegos, Granma and Artemisa provinces expect smaller crops than the previous season. Other provinces have yet to publish their production targets.
Cuba consumes between 600,000 and 700,000 tonnes of sugar a year and has an agreement to sell China 400,000 tonnes annually. It was unclear how much sugar Cuba exported this year and whether it imported any to meet local demand.
Like other industries, agriculture and cane cultivation face structural problems in the import-dependent command economy which the government is only just addressing. New reforms, including a steep devaluation of the local currency and decentralization of export earnings are aimed at once again boosting production.
At the same time, industry experts consulted by Reuters said there is no money to begin recovery to export, nor access to multilateral financing. With the population fully vaccinated against the coronavirus, and tourism - the driver of the economy and foreign exchange - opening up, over time the situation may improve, the sugar expert said.
"But they will need to go further with reforms, attract foreign investment or divert money from other sectors like tourism," he said.