Champagne growers struggling in one of wettest summers on record 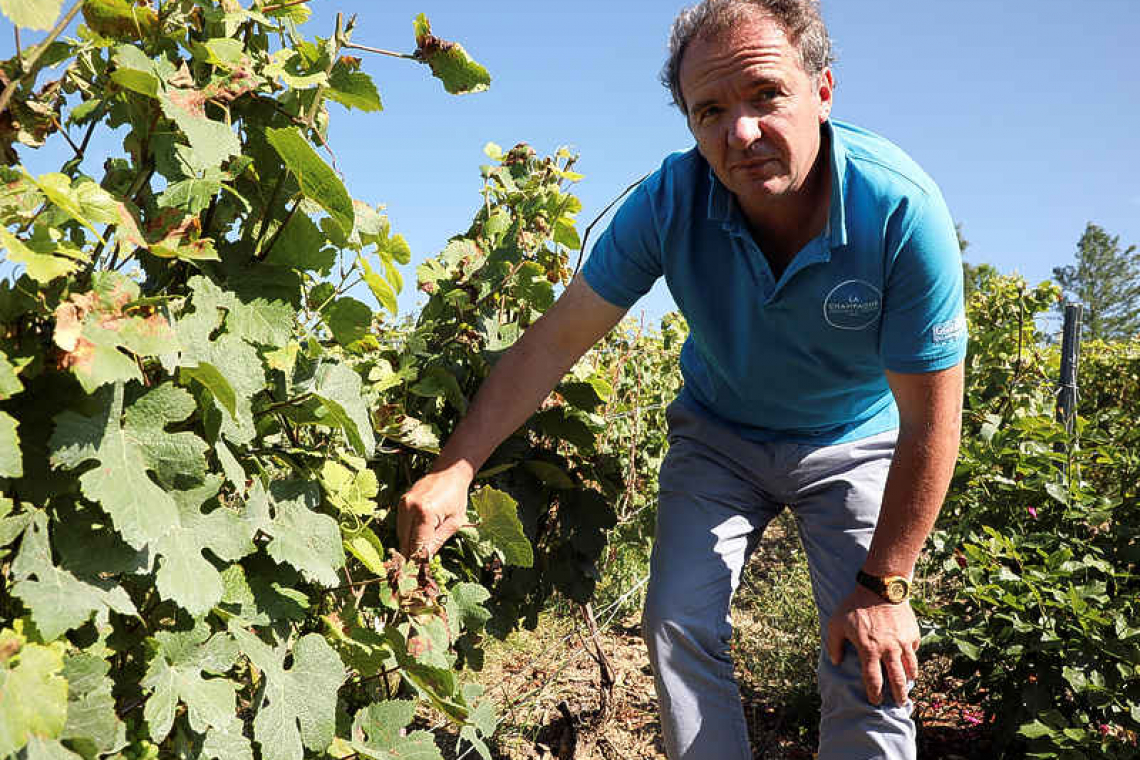 LE BRUEIL, France--The rain gauges have been overflowing in Maxime Toubart's vineyards and that is bad news for his champagne vintage.

He says his corner of France has seen 300 mm of rain over the past two months, 10 times what he would normally expect at this time of year.
"The grape vines now need sunlight, they need to be dry," he said, holding up a sprig of mildewed grapes. "Excess rain causes mildew to develop, a fungus that grows on the leaves and on the grapes, and this fungus affects the quantity of grapes."
He says the way the climate is going is playing havoc with the established order of things in the vineyards of the Champagne region, where he now harvests in August rather than in October.
"We know that to be a winemaker, it's to work with nature, we know there are risks and that there are years where it's OK and years that are less OK," Toubart told Reuters. "This year will be difficult and will stay in my memory, because as far as us winemakers remember, we have never seen such a serious case of mildew fungus."
He said frost during the spring meant 30% of the harvest was lost and the mildew was costing another 30%. "We've lost more than half of the harvest in a few weeks," said Toubart, who is Deputy Chairman of the Champagne industry lobby CIVC.
Fellow grower Franck Jobert said careful planning had helped him limit his losses, but there was only so much he could do. "We do what we can, it's also partly luck, we can't put the grapevines in tunnels," he said.
Meteo France said Champagne had the second wettest June-July period since records began in the 1960s. Torrential rain hit western Europe in mid-July, causing deadly floods in Germany and Belgium and raising concern about damage to a range of farm products.
Toubart said this week that reserves from earlier vintages meant there should be no impact on supplies of champagne to the market.