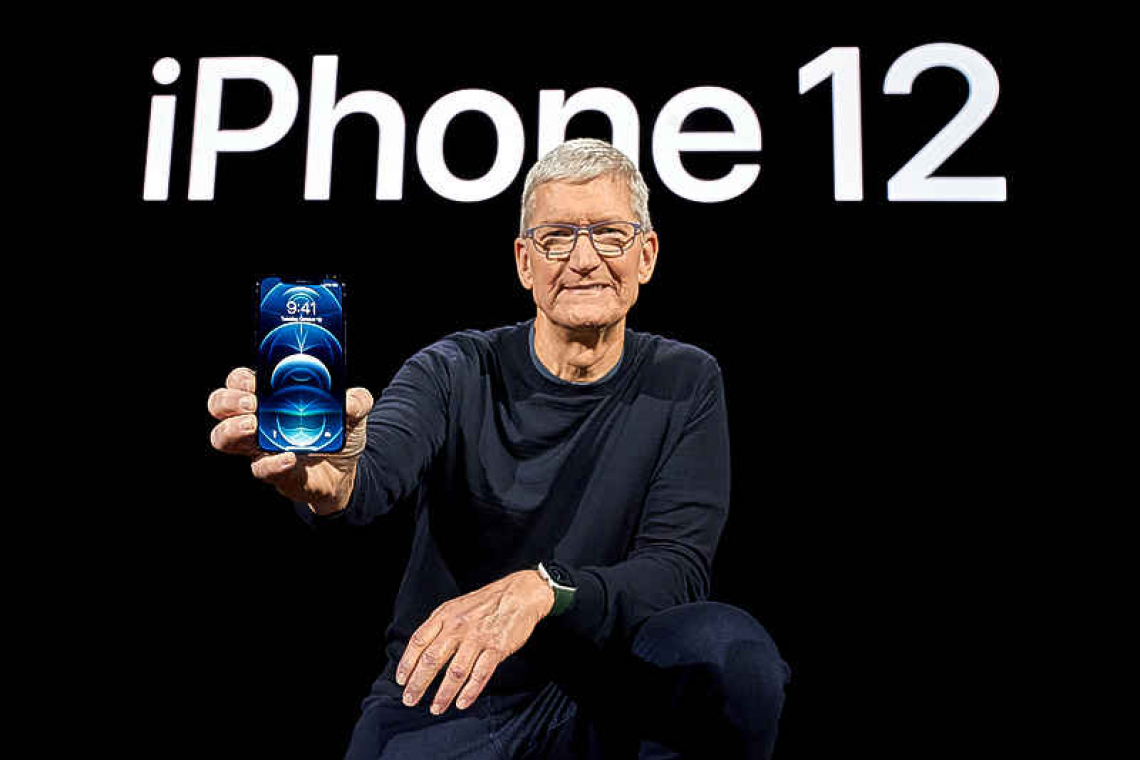 NEW YORK--Apple Inc on Tuesday launched its next-generation iPhone 12, with faster 5G connectivity that the California company hopes will spur consumers to trade in their old phones and keep its sales booming through the end of the year.

The core of the line-up, the iPhone 12 with a 6.1-inch display, will sell for $799, while a 'Mini' version with a 5.4-inch screen will be slightly cheaper at $699. A 'Pro' version with three cameras and a new 3-D 'lidar' sensor starts at $999, with the largest 'Pro Max' starting at $1,099 and going up to $1,399.
The new products will test whether Apple can ride a wave of consumer excitement around 5G wireless data networks, whose speediest variants outstrip their predecessors' data rates multiple times over. But whether iPhone buyers see a dramatic speed boost will depend heavily on where they are and which carrier they use - what Bob O'Donnell, head of TECHnalysis Research, called "lots of little niggly details that get in the way of delivering on the promise of 5G."
He said Apple may be setting some customers up for disappointment when phones ship but offer only modest speed increases until carriers build out networks. "I don't feel like Apple clarified that as much as they could have," O'Donnell said.
Apple said all iPhone 12 models in the United States will support millimeter wave 5G, the fastest variant of the technology, as well as lower-frequency bands.
Outside of the United States, however, iPhones will lack millimeter wave compatibility, even in countries like Australia and South Korea where carriers are planning to roll out versions of the millimeter wave technology. Like some cheaper Android devices, iPhone 12 models in those countries will only support lower-frequency versions of 5G.
Apple said it had tested 5G on more than 800 carriers in 30 regions globally. Verizon Communications Inc CEO Hans Vestberg appeared on Apple's livestream presentation to announce that the phones would work with the U.S. carrier's 'ultrawideband' 5G network, designed to alleviate bottlenecks in major cities like New York and Los Angeles, as well as in crowded areas like NFL stadiums.
The devices will arrive about a month later than is usual for Apple's annual launches. Pre-orders for the iPhone 12 and iPhone 12 Pro in the United States, Britain, China and some other countries begin Oct. 16 and deliveries start Oct. 23. The iPhone Mini and Pro Max will be available for pre-order Nov. 6 and in stores Nov. 13.
Apple may face a lukewarm holiday season due to the coronavirus pandemic, said Jake Dollarhide, chief executive officer of Longbow Asset Management in Tulsa, Oklahoma.
"As the convergence of flu season with COVID and colder weather forces everyone indoors, I think it's going to be harder to sell iPhones this Christmas. As much as Apple is a technology company, it's not known for its online sales, it's known for its in-store experience," Dollarhide said.
Shares of Apple fell over 3% during the event, erasing $77 billion worth of stock market value, and closed down 2.7%.