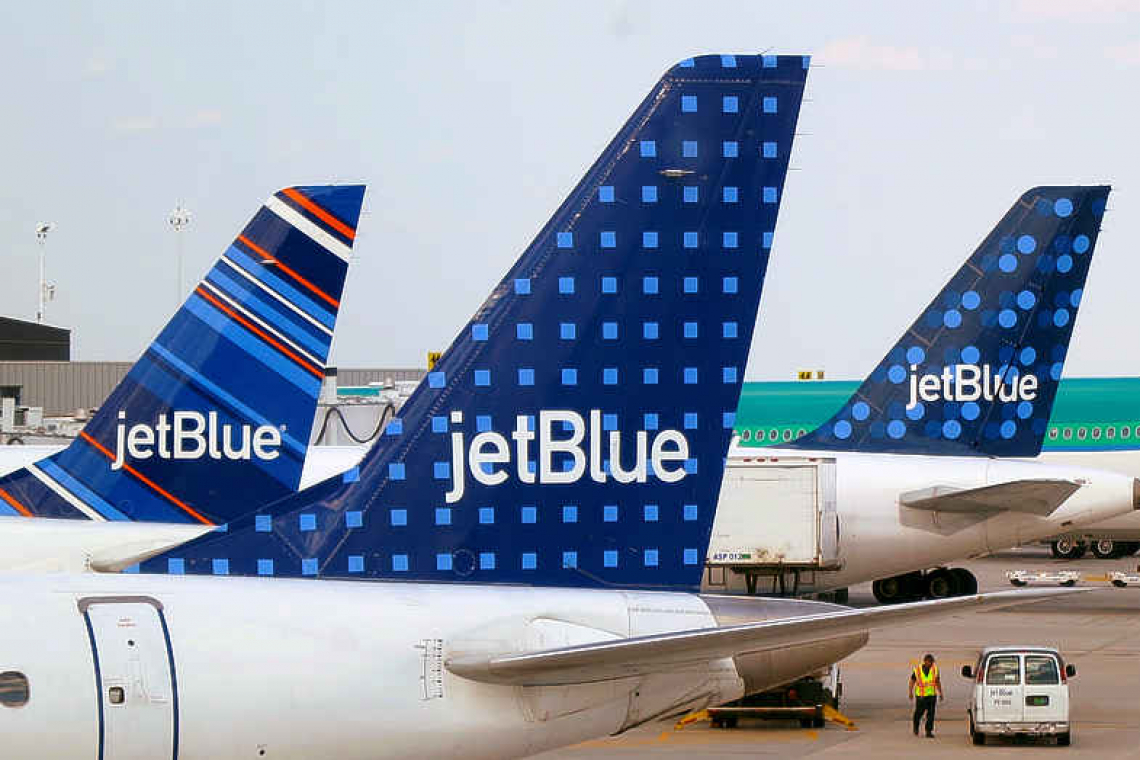 NEW YORK--American Airlines Group Inc and JetBlue Airways Corp said on Thursday they are launching the first phase of their partnership with codeshares on nearly 80 routes from New York and Boston.

The joint announcement came even as the U.S. Department of Justice and attorneys general in New York, Massachusetts and other jurisdictions continue to review the proposed tie-up. "American and JetBlue intend to cooperate with those investigations, but are proceeding with plans to implement this alliance," American said in its annual report released late Wednesday.
New York-based low-cost carrier JetBlue and international major American are hoping the partnership, announced in July, will give them more competitive heft in the U.S. Northeast as the industry recovers from the coronavirus pandemic, which has decimated travel. "The alliance is also essential to getting our planes back in the air profitably and crewmembers working again," said JetBlue's head of revenue planning, Scott Laurence.
The two airlines are also introducing 33 new routes in the first phase of their alliance, which American's chief revenue officer, Vasu Raja, called "the first step to delivering the best customer proposition with the biggest network in New York and Boston."
Codesharing allows travelers to book with one airline for flights operated by a partner. The two airlines will also begin offering reciprocal benefits on their loyalty programs this spring.
Following a U.S. Department of Transportation review, American and JetBlue agreed to divest some slots at John F. Kennedy International Airport in New York and Ronald Reagan Washington National Airport (DCA) near Washington and will refrain from coordinating on some markets.
JetBlue pilots voted earlier this week to reject a tentative agreement that would have given the airline contractual relief to implement the partnership. JetBlue said it still planned to move forward.
The union representing American Airlines' pilots said on Thursday it was still analyzing the codesharing announcement.