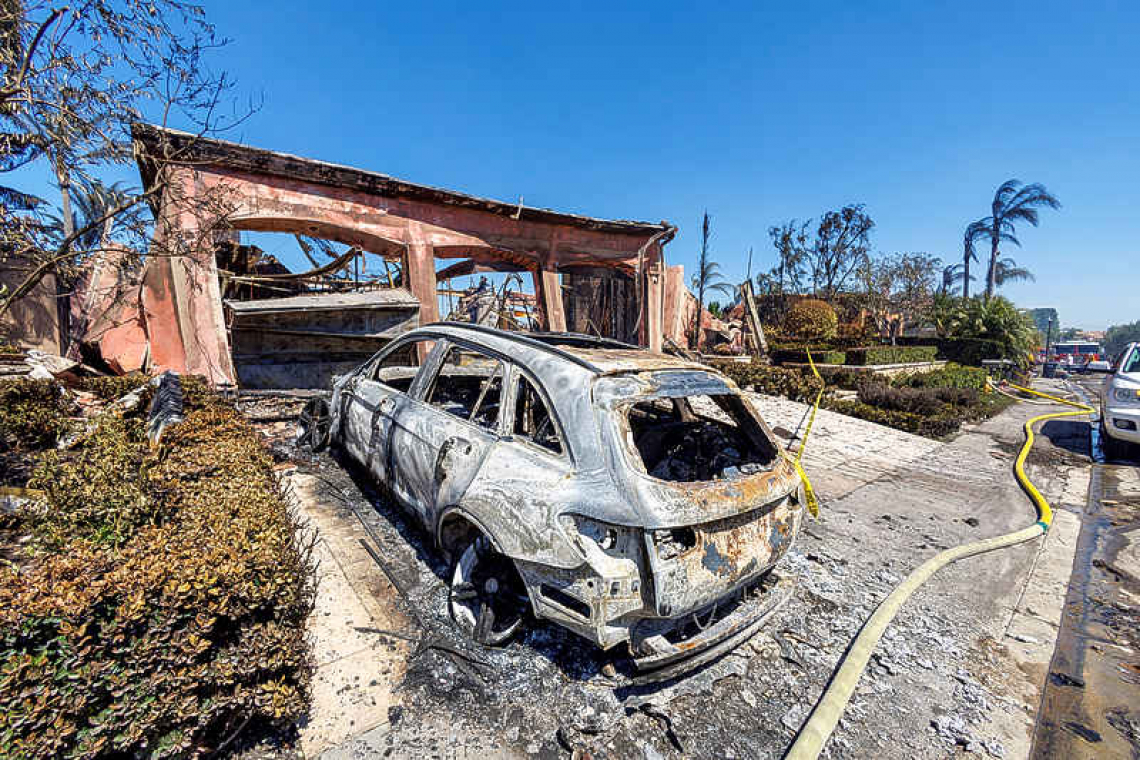 Residents of around 900 houses were under evacuation in coastal California and one firefighter was injured when a wildfire fire torched about 200 acres (81 hectares) in Laguna Niguel on Wednesday, Orange County officials said.
In New Mexico, meanwhile, more than 300 homes and other buildings have been destroyed in wildfires burning since early last month. As westerly winds picked up Thursday, firefighters torched fire breaks and set up sprinkler systems to save ranches and homes around 15 miles (24 km) south of Angel Fire, a ski resort town.
Crews bulldozed containment lines to stop the blaze getting into Black Lake, Angel Fire, and even the Taos area, known for its UNESCO World Heritage Site Native American community. "We are red flag conditions today so high, high winds," Todd Abel, a leader on the inter-agency team fighting the fire, told a briefing.
To the south, residents returned to the rubble of homes built on land that has been in their families since before the area became part of the United States in the mid-19th century. All that was left of Michael Salazar's modular home in Tierra Monte was twisted metal. Melon sprouts had come up in his greenhouse, which survived.
"It's not rebuildable at least in my lifetime but future generations can work with what we have," said Salazar, 55, who said he does not have insurance and blames the federal government for starting the fire that destroyed his home.
The Hermits Peak/Calf Canyon fire began in part with a prescribed burn by the U.S. Forest Service that went out of control on April 6. The blaze then merged with a separate fire, the cause of which is still under investigation.
The wildfire, on track to become the largest in New Mexico's history, has burned over 259,810 acres (105,141 hectares), or about two thirds the size of Greater London. The fire is 29% contained.
U.S. President Joe Biden has ordered federal aid for fire recovery efforts.