Trump presses on with his uphill legal struggle 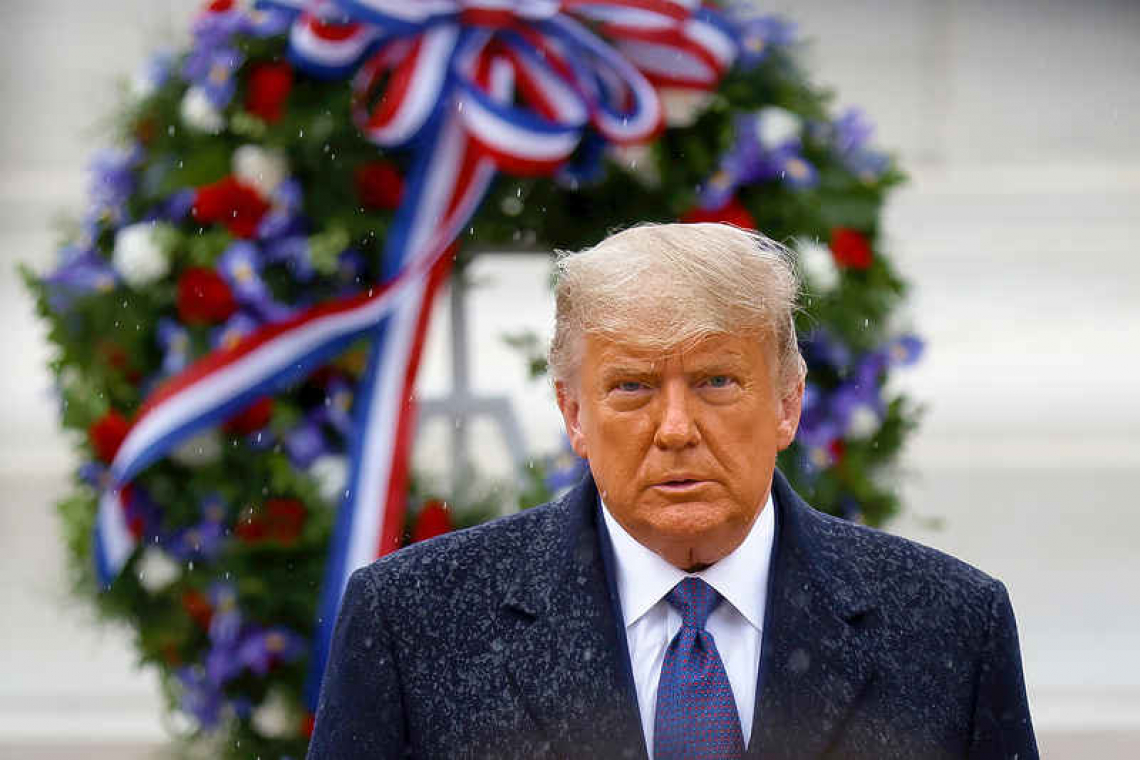 WASHINGTON--President Donald Trump's campaign on Wednesday took another step in its long-shot legal strategy to upend his election loss with a Michigan lawsuit while Georgia announced a recount and President-elect Joe Biden worked on laying the foundation of his administration.

The Republican president's team went to federal court to try to block Michigan, a U.S. Midwestern battleground state that he won in 2016 but lost to Biden in media projections, from certifying the Nov. 3 election results. Trump trailed by roughly 148,000 votes, or 2.6 percentage points, in unofficial Michigan vote totals, according to Edison Research.
The lawsuit made allegations of voting misconduct, with the focus on the Democratic stronghold of Wayne County, which includes Detroit. Jake Rollow, a spokesman for the Michigan Department of State, said the Trump campaign was promoting false claims to erode public confidence in the election.
"It does not change the truth: Michigan's elections were conducted fairly, securely, transparently, and the results are an accurate reflection of the will of the people," Rollow said in a statement.
Biden last Saturday clinched victory in the election as he won a series of battleground states to exceed the 270 electoral votes needed in the state-by-state Electoral College that determines who wins the presidency. Biden also was winning the national popular vote by more than 5 million votes with a few states still counting votes.
Democrats and other critics have accused Trump of aiming to undermine public trust in the U.S. electoral system and delegitimize Biden's victory through unsubstantiated claims of voter fraud as the president, the first White House incumbent to lose a re-election bid since 1992, tries to hold on to power. During the campaign, Trump had refused to commit to a peaceful transfer of power.
Biden became the election winner even without Georgia factored in. He held a lead of just over 14,000 votes, or 0.3 percentage points, in Georgia, a southern state that Democrats have not carried in a presidential election since 1992.
Georgia Secretary of State Brad Raffensperger announced a hand recount of all ballots cast in the state's 159 counties. He said it was expected to begin this week and would be finished in time to certify the results by a Nov. 20 deadline.
The scale of the endeavor is such that if counting took place around the clock, officials would have to count more than 23,000 ballots an hour in the remaining nine days. "It'll take every bit of the time that we have left, for sure. It's a big lift," Raffensperger told a news conference.
Biden met with advisers on Wednesday who are helping him prepare to take office on Jan. 20.
Trump has declined to concede the election to Biden, instead lodging a flurry of lawsuits in pivotal states to try to back up his unsupported claims of widespread voting fraud. Prominent Republican lawmakers and other Trump allies have backed the president's strategy, saying he has the right to contest the results. The Michigan suit was filed one day after Biden called Trump's failure to concede an "embarrassment."
"The more Republican leaders kowtow, the more Trump believes he is still in control and the less likely he will do what normal presidents do: make a gracious concession speech; fully cooperate with the president-elect in a smooth transition process; and validate the election process itself by joining his successor at the Jan. 20 inauguration," John Bolton, Trump's former national security adviser turned critic, wrote in an opinion piece in the Washington Post.