Republican proposes national ban on abortion after 15 weeks of pregnancy 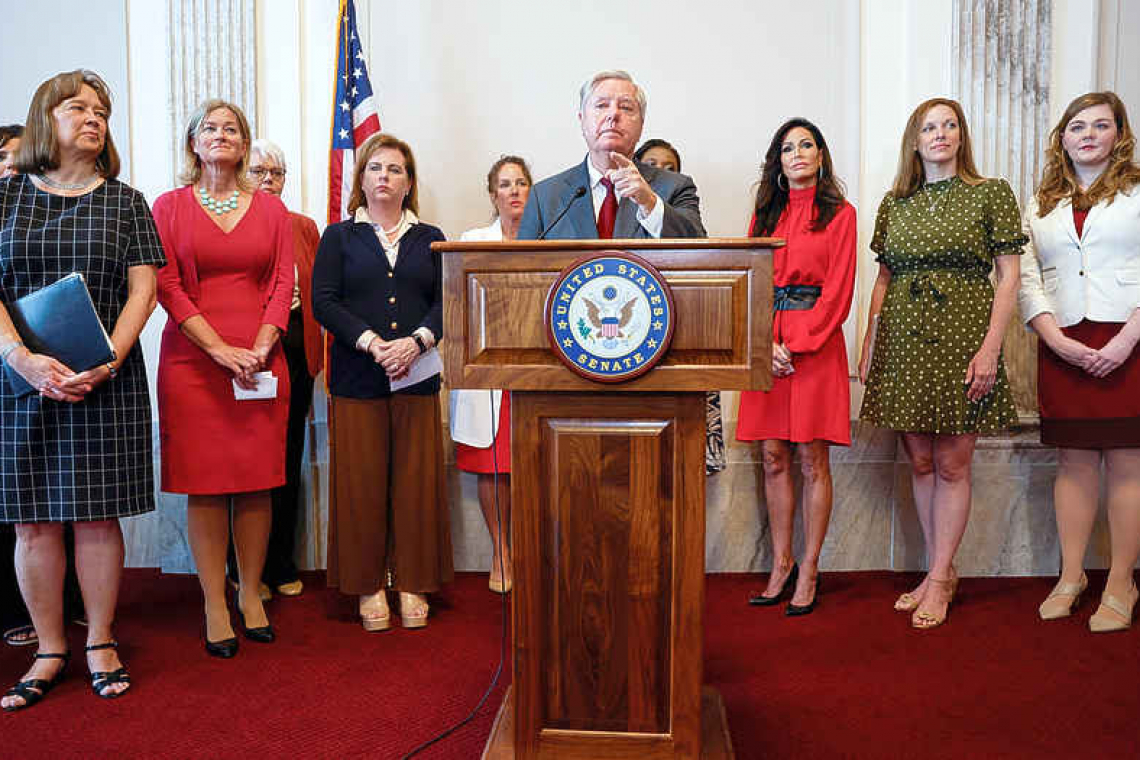 WASHINGTON--U.S. Senator Lindsey Graham proposed new national restrictions on abortion on Tuesday, saying he wanted to help define Republicans on an issue seen as a potential albatross for his party in the Nov. 8 midterm elections.

With control of the Senate up for grabs, and some jittery Republican candidates softening their positions on abortion, Graham announced legislation that would ban the procedure after 15 weeks of pregnancy nationwide. The bill, which will go nowhere in the Democratic-controlled Congress, appeared to strike at a middle ground for Republicans, whose positions run the gamut from strict bans to support for narrow access to abortion services.
But the move carries political risks. Democrats have been eager to cast Republicans as extreme on the abortion issue, since the U.S. Supreme Court in June overturned the landmark 1973 Roe v. Wade ruling that legalized abortion nationwide and about a dozen states began enforcing abortion bans. A Reuters/Ipsos poll conducted Sept. 7-12 showed that 63% of respondents said they were less likely to back candidates who support laws that ban or severely restrict abortion.
After Roe's overturn, many Republicans, including Graham, said abortion policy should be left to the states. On Tuesday, however, Graham said he was introducing his bill as a counter to a measure Democrats pushed unsuccessfully this year in a bid to codify national abortion rights.
"After they introduced a bill to define who they are, I thought it'd be nice to introduce a bill to define who we are," Graham, a staunch ally of former President Donald Trump, said at a news conference where he has flanked by 10 anti-abortion leaders, all of them women.
"If we take back the House and the Senate, I can assure you we'll have a vote on our bill," Graham added.