Democrats turn their focus to Nevada and South Carolina 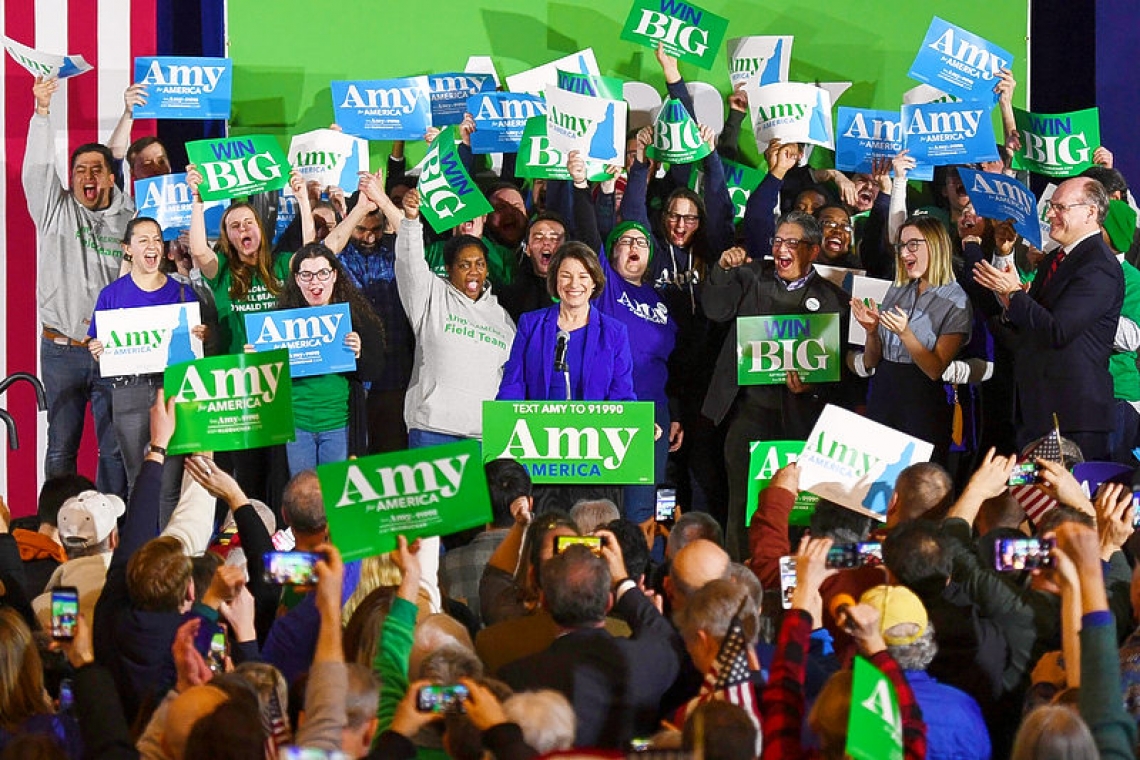 While Sanders, a progressive senator from neighboring Vermont, and Buttigieg, a moderate former mayor of South Bend, Indiana, finished first and second in Tuesday's New Hampshire primary, the contest also showed the growing appeal of centrist Senator Amy Klobuchar of Minnesota, who placed third after surging over the past few days.
Two Democrats whose fortunes have been fading - progressive Senator Elizabeth Warren of Massachusetts and former Vice President Joe Biden - who was once the front-runner in the race - limped out of New Hampshire, finishing fourth and fifth respectively amid fresh questions about the viability of their candidacies.
New Hampshire was the second contest in the state-by-state battle to pick a Democratic nominee to face Trump, a Republican, in the Nov. 3 election. Sanders and Buttigieg finished in a virtual tie in the first contest last week in Iowa and in New Hampshire won an equal number of delegates - who formally vote at the party's convention in July to select a nominee.
More than 294,000 voters cast ballots in New Hampshire's Democratic primary, the state party said, breaking the record of 288,000 set in 2008, when Barack Obama's historic candidacy energized the party.
Noting the turnout, Sanders said in a statement on Wednesday: "Our campaign is successfully reaching out to working people, young people, communities of color and all those who believe in a government of compassion and justice. This is the coalition that wins elections.”
But many mainstream Democrats worry that the unapologetically liberal Sanders would lose a matchup with Trump.
The New Hampshire vote came on the heels of a chaotic effort to count the votes of caucus-goers in Iowa that slowed the momentum of the leading candidates and led on Wednesday to the resignation of Iowa Democratic Party Chair Troy Price. Problems with an app used by the party to tabulate voter choices plunged the first-in-the-nation nominating contest into disarray, with the results not known for days and an anticipated rechecking of the results in numerous precincts.
The states coming up on the campaign calendar are more demographically diverse than largely white and rural Iowa and New Hampshire. The next contest is on Feb. 22 in Nevada, where more than a quarter of the residents are Latino, followed a week later by South Carolina, where about a fourth are African-American.
After that, 14 states, including California and Texas, vote in the March 3 contests known as Super Tuesday, which will also be the first time voters see the name of former New York Mayor Michael Bloomberg on the Democratic presidential ballot.
With an eye toward a potential general election campaign against Trump, Bloomberg announced on Wednesday the opening of a campaign office in New Hampshire. Bloomberg also picked up endorsements from three black members of the U.S. House of Representatives after he came under scrutiny over past support for a policing tactic known as stop and frisk that disproportionately affected racial minorities.
In New Hampshire, Sanders drew 26% of the vote and Buttigieg had 24%. Klobuchar had 20%, Warren 9% and Biden 8%.
Buttigieg said on Wednesday his strong results in Iowa and New Hampshire showed he had momentum. His campaign said it would double its organizing staff in Nevada to 100. Buttigieg also launched a television ad in the state emphasizing his healthcare proposal that would provide access to a government-run Medicare plan but let people keep their private insurance if they want.
Sanders' Medicare for All proposal would replace private health insurance with a government-run plan based on the Medicare programme for older Americans.
Buttigieg, who would be the first openly gay U.S. president if elected, still faces questions about what opinion polls show is his weakness with black voters, one of the most loyal and vital Democratic voting blocs. Asked how he could gain the confidence of minority voters, Buttigieg told MSNBC he was focused on economic empowerment and suggested he had learned lessons, sometimes "the hard way," as mayor of South Bend. He pointed to a plan he released last summer aimed at fighting racism.