Democrats barreling toward Trump impeachment for role in Capitol siege 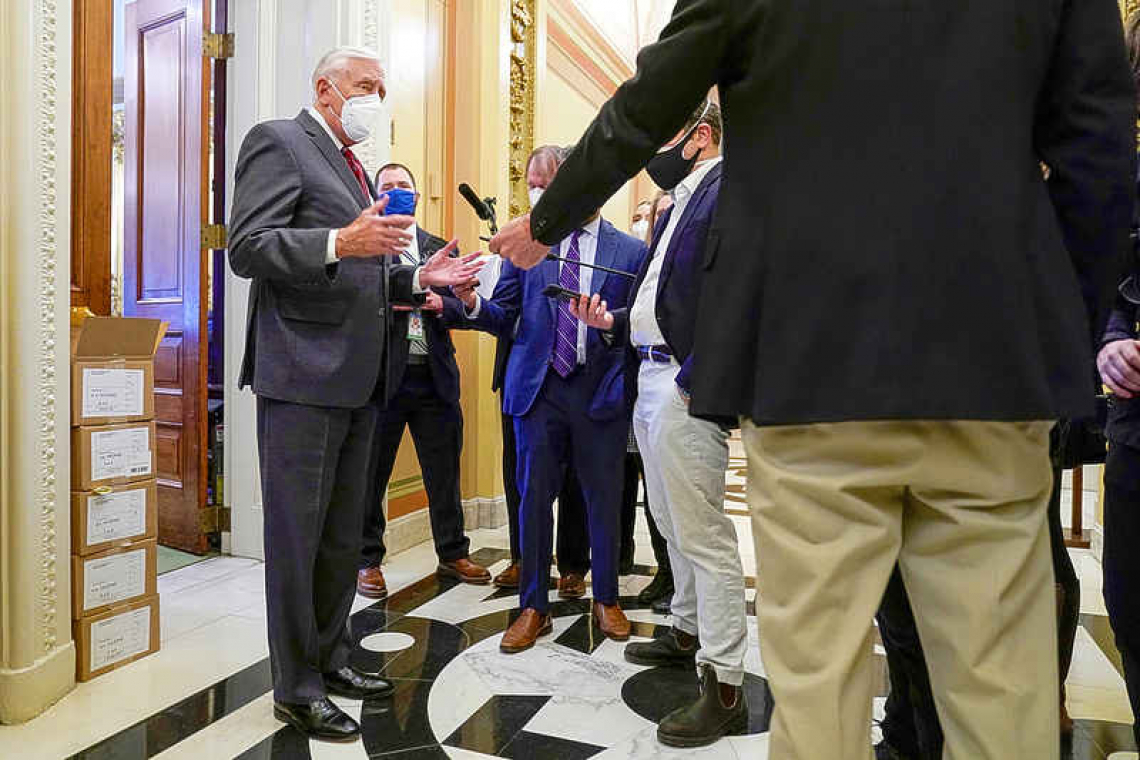 House Majority Leader Steny Hoyer (D-MD) speaks to Capitol Hill reporters about an article of impeachment against President Donald Trump charging him with "incitement of insurrection" for his role in the attack on the Capitol last week, in Washington, U.S., on Monday.

WASHINGTON--Democrats in the U.S. House of Representatives plan to impeach Donald Trump on Wednesday unless he steps down or is removed before then, after drawing up charges accusing him of inciting insurrection ahead of last week's siege of the Capitol.

House Majority Leader Steny Hoyer told his fellow Democrats the chamber would take up impeachment on Wednesday if Vice President Mike Pence does not respond to a request to invoke the 25th Amendment of the U.S. Constitution to remove Trump from office, a House aide said. Passage would make Trump, a Republican, the only U.S. president ever to be impeached twice.
If he were impeached, the Senate would hold a trial to decide whether to convict and remove him from office, though it is unlikely the proceeding would be completed before Trump's term expires in nine days. A conviction could also lead the Senate to bar Trump from holding public office ever again, ending his potential 2024 presidential bid before it begins.
Thousands of Trump supporters stormed the seat of Congress last Wednesday, forcing lawmakers who were certifying Democratic President-elect Joe Biden's election victory into hiding in a harrowing assault on the heart of American democracy that left five dead. The violence occurred shortly after Trump urged supporters to march on the Capitol during a rally where he repeated false claims that his resounding defeat in the Nov. 3 election was fraudulent.
Democrats formally introduced their impeachment resolution on Monday, charging Trump with "incitement of insurrection."
"The President represents an imminent threat to our constitution, our country and the American people, and he must be removed from office immediately," House Speaker Nancy Pelosi said.
As the House convened on Monday, Republicans blocked an effort to immediately consider a resolution asking Pence to invoke the never-used 25th Amendment to remove an unfit president. "The U.S. House must never adopt a resolution that demands the removal of a duly elected president, without any hearings, debate or recorded votes," said Republican Representative Alex Mooney, who raised the objection.
The House is expected to vote on Tuesday evening on that resolution as Democrats seek to ramp up pressure on Pence and his fellow Republicans. A Pence adviser said over the weekend that he is opposed to invoking the 25th Amendment, which allows a vice president and the Cabinet to remove a president who is incapable of fulfilling the duties of the job.
Trump acknowledged a new administration would take office on Jan. 20 in a video statement after the attack but has still not conceded that he lost the election. Twitter and Facebook have suspended his accounts, citing the risk of him inciting violence.