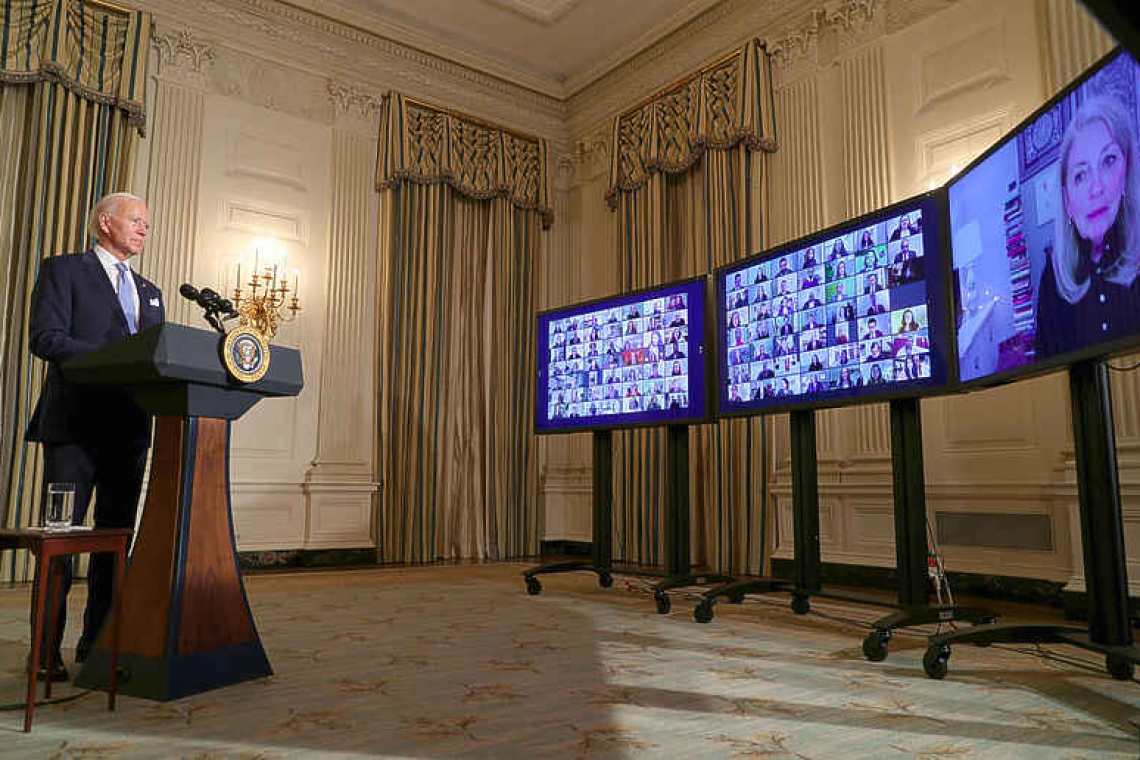 U.S. President Joe Biden swears in presidential appointees in a virtual ceremony in the State Dining Room of the White House in Washington, after Biden's inauguration as the 46th President of the United States, U.S., on Wednesday.

WASHINGTON--U.S. President Joe Biden signed half a dozen executive orders on Wednesday to reverse several hardline immigration policies put in place by former President Donald Trump, although migration experts warn that it will take months or longer to unravel many of the restrictions imposed in the past four years. In a sharp departure from his Republican predecessor, Biden, a Democrat, just hours after being sworn in also sent an immigration bill to Congress that proposes opening a path to citizenship for millions of immigrants living in the United States unlawfully.

The executive actions, signed at a ceremony at the White House, included immediately lifting a travel ban on 13 mostly Muslim-majority and African countries, halting construction of the U.S.-Mexico border wall and reversing a Trump order preventing migrants who are in the United States illegally from being counted for congressional districts.
Biden also signed a memorandum directing the Department of Homeland Security (DHS) and the U.S. attorney general to preserve the Deferred Action for Childhood Arrivals (DACA) programme, which protects migrants who came to the country as children from deportation, and reversed Trump's executive order calling for stricter immigration enforcement away from the country's international borders.
Immediately after the actions were announced, DHS said it would end all enrollments in a controversial Trump programme - known as the Migrant Protection Protocols - that forced more than 65,000 asylum seekers back to Mexico to wait for U.S. court hearings. The release did not clarify what will happen to migrants currently in the programme, many of whom have been stuck for months in squalid tent camps near the southwest border.
The actions show that Biden is beginning his presidency with a sharp focus on immigration, just as Trump kept the issue at the center of his policy agenda until the last days of his administration -- though they come at the issue from radically different perspectives. In one of his rare post-election public appearances, Trump earlier this month visited a section of the U.S.-Mexico border wall, which he had ordered built by shifting funds from the military budget.
Biden's decision to immediately roll back Trump's travel ban won praise from business groups and migrant advocates. Myron Brilliant, the head of international affairs at the U.S. Chamber of Commerce, said the ban was "was not aligned with American values" and its reversal would help "restore our credibility on the global stage."
Since the outbreak of the coronavirus pandemic, travel to the United States has been curbed and DHS said in its announcement Wednesday that current non-essential travel restrictions will remain in place.