Total lunar eclipse this weekend: Looking up at the Nightsky 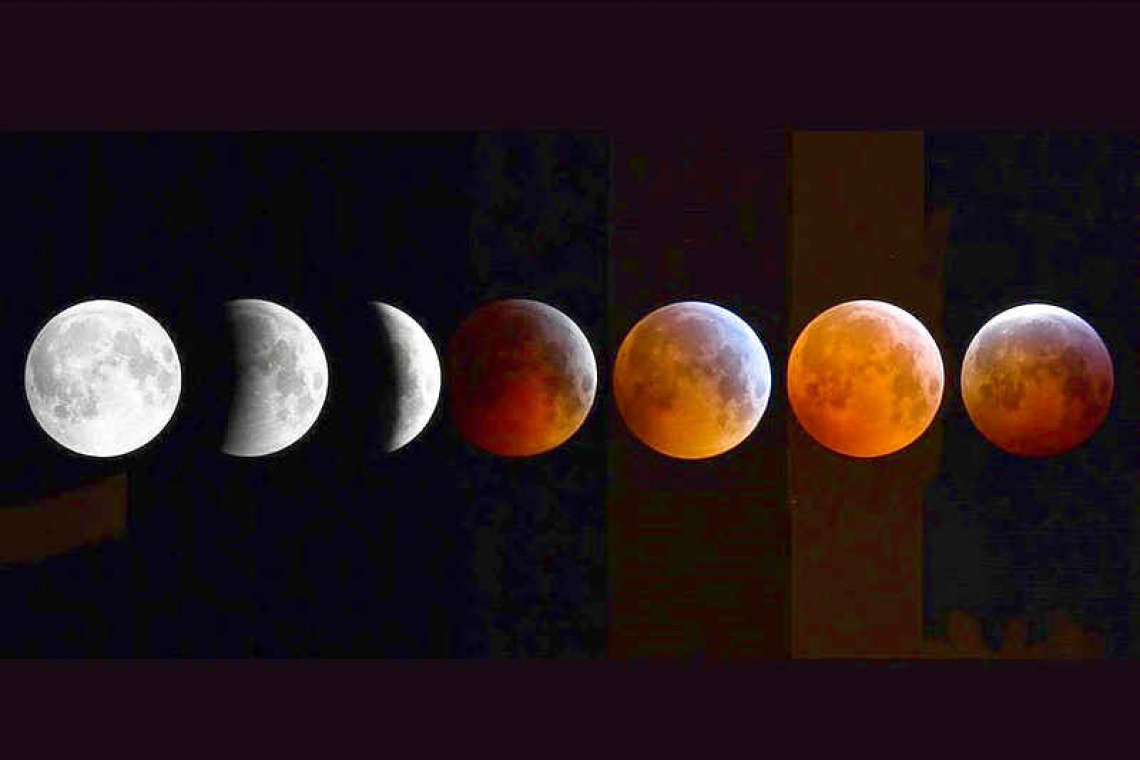 This weekend, we have a very special celestial event – a total lunar eclipse on May 15 and 16. The full moon of May is known as the Flower moon, in of course honouring the springtime blossoms that adorn meadows, hillsides and gardens. This is also considered to be a super moon, meaning it is slightly closer to earth than average, allowing us to perceive the moon as just a bit larger in our sky than is the usual view.

Yes, a full moon is fun, and relatively rare, but a full super-moon total lunar eclipse is off-the-charts awesome and not to be missed. All in all, Sunday night’s late sky will be well worth planning to allow for some time of gazing upward with family and friends. Binoculars or telescopes might be a nice addition to your lunar eclipse party, but these are absolutely not mandatory.

Here on our little Caribbean island, plan your vantage point for the lunar eclipse to begin Sunday night at about 10:45pm and will continue until about 2:00am. Peak viewing time will be between midnight and 1:00 in the morning.

What exactly is a total lunar eclipse? It is when the Earth Moon and Sun are perfectly aligned such that the Earth’s shadow falls across the moon’s face, completely blocking out the light from the sun that normally shines directly on her. The Earth’s shadow appears as a curved dark edge making its way from the side of the moon to slowly cover the entire full moon, and just as slowly, inching away on the other side.

Interestingly enough, the view of the stages of the eclipse includes the early and late partial eclipse stages that can look, to the untrained eye, quite a lot like a crescent moon, but it’s really quite a different thing. Two points exemplify how they are different: First, the pace or timing of the event. The regular monthly lunar phase known as the crescent moon lasts several nights, while the lunar eclipse transitions through the crescent-like-shape in less than one hour. Second, the shape of the earth’s shadow during a lunar eclipse isn’t quite the same as the shape of a crescent moon. The lunar eclipse is often compared to the shape of a cookie with a bite taken out. In other words, the earth’s circular shadow is typically larger or smaller than the moon’s orb.

Third, during the breath-taking moments of totality, the colour of the moon’s face suddenly changes when it goes dark and often appears red, orange blue or purple in colour. Why is this? The reason stems from the air we breathe. If Earth didn’t have an atmosphere, then the moon would appear black during a total lunar eclipse, perhaps even invisible. The earth’s gaseous envelope diffuses and refracts the sunlight into colours, much like a prism does. So enjoy the full flower super moon and its subtle yet surprising total eclipse this weekend and connect your soul to the beauty of our universe.