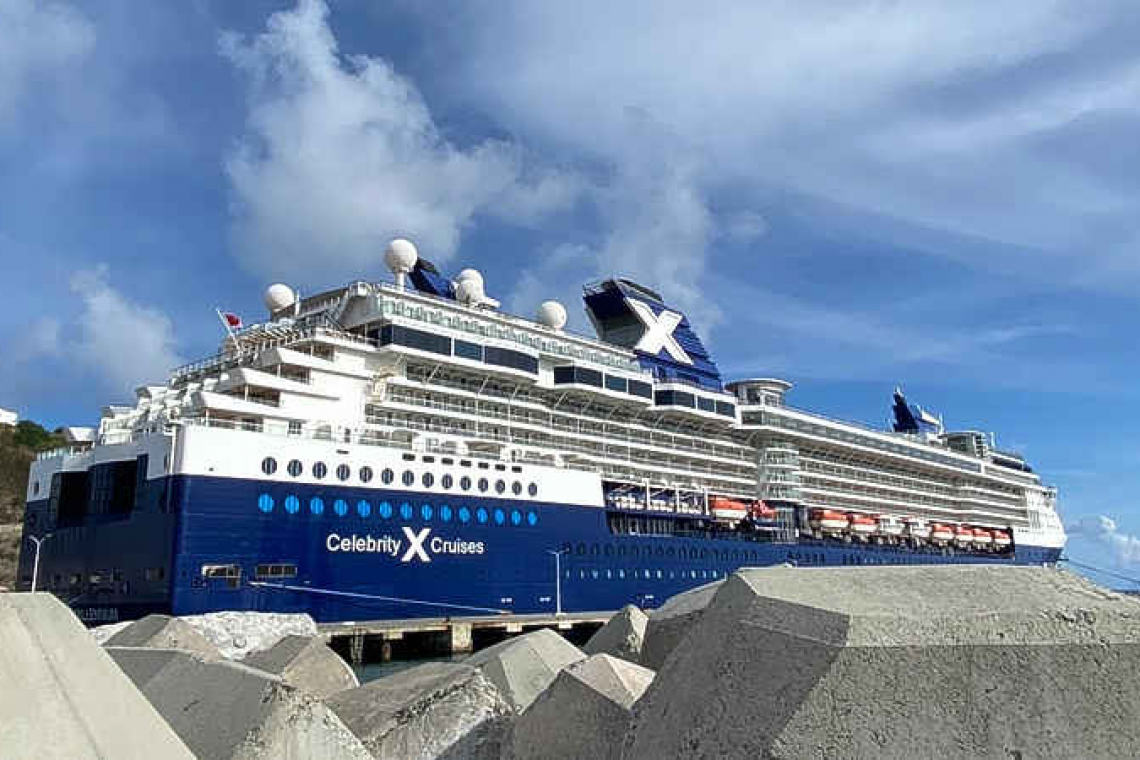 PORT ST. MAARTEN – Saturday, June 5, will officially mark the resumption of cruise tourism after 15 months of no commercial cruise traffic to the destination. This is a momentous occasion for Port St. Maarten and the destination overall, as never in the history of the island has there been a period of a year and half without cruise tourism.

Port St. Maarten management pointed out that this is a moment to reflect and not to take for granted the achievements in cruise tourism over the past decades. June 3 marked the 57th anniversary – more than half a century – of the existence of port facilities (A.C. Wathey Pier) on the island. Since then, we have sailed into the opportunity of cruise tourism which has brought numerous benefits to the island as envisioned by pioneer Dr. A.C. Wathey. The island has seen progressive growth and has become the destination of choice #1 Port in the Caribbean.

Port St. Maarten management will continue in the coming weeks and months with its strategic discussions in connection with further strengthening the partnerships with the cruise industry.

As stated before, Port St. Maarten is committed to working closely with cruise partners, and stakeholders to further enhance the infrastructure, visitor experiences and building upon a solid foundation that has existed with the cruise industry. This can be seen in the investments made in the Homeporting Terminal, which will assure a smooth and efficient resumption of the cruise business to St. Maarten on Saturday.

The homeporting of Celebrity Cruise Lines’ Celebrity Millennium will be the largest homeporting vessel to date to participate in operations at the country’s main seaport.

Homeporting generates more airlifts in and out of the destination via the airport; brings additional business for local service providers where it concerns vessel provisioning and fuel supply; and creates the potential for pre- and post-cruise extension visits at hotels.

The Celebrity Millennium, which carries 2,200 guests at double occupancy, has been described as a brilliant star that shines with a modern makeover. The vessel was part of the Royal Caribbean Group’s US $500 million fleet modernization program offering new features and on-board experiences for cruise guests.

Celebrity Millennium, according to the cruise line, is now making even more waves in the cruise world, from adding brand new staterooms and elevating design concepts and technology across the ship, to adding The Retreat®, an exclusive experience including The Retreat Sundeck and The Retreat Lounge, whereby the change has been described as phenomenal.

“These new venues combined with our award-winning Luminae are sure to please. Slip into new eXhale® bedding featuring Cashmere™ Mattresses that will surround you in luxury – literally. Marvel at completely new bathroom modernizations. Wine and dine in reimagined restaurants and lounges, including the main dining room, Oceanview Café, Sunset Bar, and Rendezvous Lounge. Surrender your senses in the newly redesigned spa.”