Holland – The Netherlands and The Dutch! with the Passionate Foodie 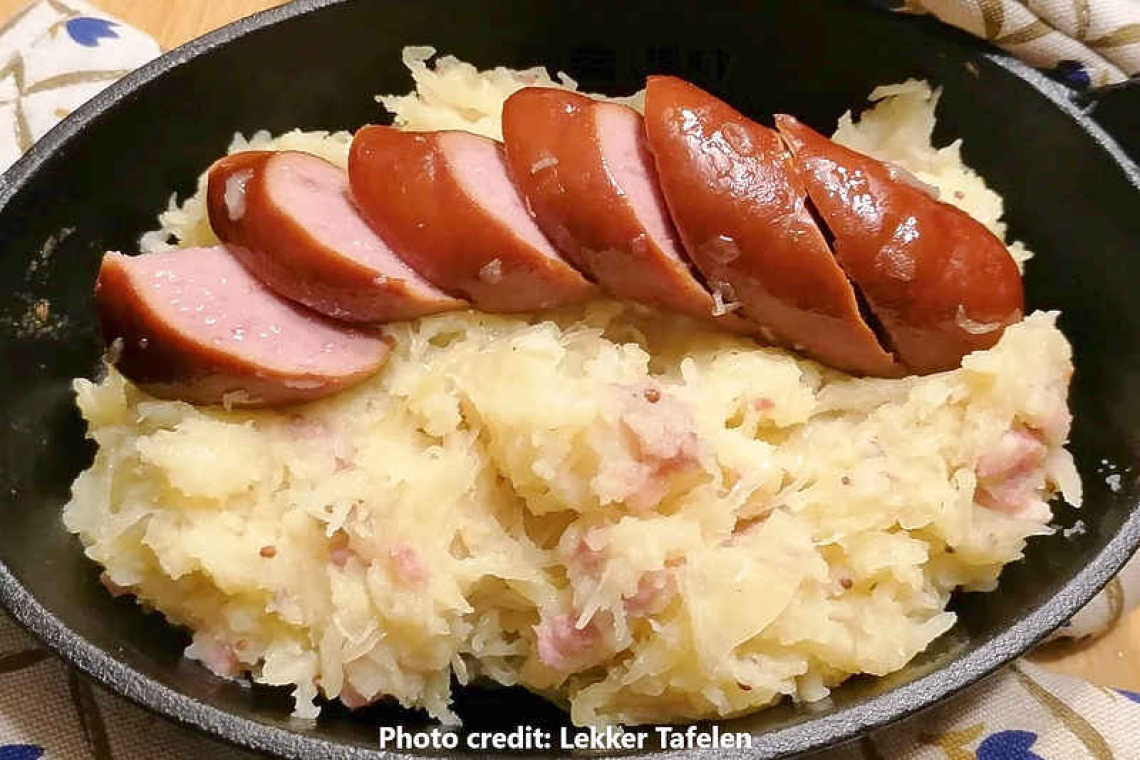 Growing up in a country comprising mostly African – and some white (English and Afrikaans) people – it is intriguing to look back and see that around the age of 10 years or so, we began to realize that the world did not consist of just those around us. Africans, we had already realized, were not just one people. The many tribes had dialects we needed to learn as we moved around from country to country and place to place.

In our teens, the realization came that people came from different lands, had different cultures and different ways. Yes, school taught us a little overseas geography (which I was interested in) and history (which I just could not wrap my wee brain around). But year after year, we learnt African history, which is very interesting, but there comes a time when it is more words in a text book than anything else.

I was about 10 when new people moved into the neighbourhood. The daughter’s name was Amanda, she was about my age. She was Dutch! I had never met a real Dutch person before. I had learnt that the Afrikaner was a mix of persecuted (what did that word actually mean) peoples who came from Holland, Germany and France, way before my grandparents’ time. That was about it.

My Dutch friend spoke a language different to Afrikaans, yet it sounded almost the same. The parents spoke English but were difficult to understand. As a 10-year-old, I was fascinated with the things in her house – gorgeous blue and white vases on the sideboard (they must have been Delftware), strange wooden shoes, net curtains at the windows, ducks flying in a row along the wall, a beautiful creeper growing and draped along her sitting-room wall. The house was neat and everything seemed so regimented.

When visiting, we were served such delicious, sweet delicacies like stroop waffles and chocolate sprinkles on white bread sandwiches, BUT we were only allowed one with our cup of tea or coffee!

The cheese dishes were yummy, too – ham and cheese sauce and fried cheese things. Strangely, though, they told me they were from the Netherlands, not from Holland. They were Dutch, but did not come from Dutchland! I asked my dad who just laughed and said I really must concentrate in history classes! (Well, we were English and came from England!)

These days, among English speakers, Holland refers to the entire country, though it really is only two provinces – the coastal North and South Holland – in the Netherlands today.

The people living in the Netherlands were/are a seafaring people. They thrived on a lowland river delta on the North Sea. The region formed a militarized border zone of the Roman Empire. This came under increasing pressure from Germanic peoples moving westwards. As Roman power collapsed and the Middle Ages began, three dominant Germanic peoples coalesced in the area, Frisians in the north and coastal areas, Low Saxons in the northeast, and the Franks in the south.

By 1433, the Duke of Burgundy had control over most of the lowland’s territories; he created the Burgundian Netherlands which included modern Netherlands, Belgium, Luxembourg, and a part of France.

The Catholic kings of Spain took strong measures against Protestantism, and one thing and another led to a revolt that by 1581 split the Burgundian Netherlands into a Catholic, French and Dutch speaking “Spanish Netherlands” – this is today the approximate Belgium and Luxembourg regions.

A northern “United Provinces”/”Dutch Republic” confirmed as such in 1648 by the Treaty of Westphalia, where Dutch was spoken and was predominantly Protestant, is more or less the modern Netherlands.

The country can be split into two areas: the low and flat lands in the west and north, and the higher lands with low hills in the east and south. The flatlands include the reclaimed polders and river deltas, some of which lie less than 3.3 feet above sea level, much of it lies below sea level. An extensive range of seawalls and coastal dunes protect the Netherlands from the sea, and levees and dikes along the rivers protect against river flooding.

Today, the Netherlands is a leader in efficient and sustainable agriculture. They are the second-largest exporter of agricultural goods in the world! The exports include vegetables and flowers.

Since 2011 geothermal energy has been used to heat greenhouses where the plants grow in hydroponic systems therefore using less water and producing excellent produce, especially tomatoes.

For those interested in gardening, the excellent Duijvestijn Tomatoes are grown in small bags of rockwool substrate, made from spinning together molten basaltic rock into fine fibres, which contain nutrients and allow the plants to soak up water, even when moisture levels are low.

No pesticides are used. The farm pipes waste CO2 from a local Shell oil refinery into the greenhouses. This is needed to grow the plants and it reduces the carbon dioxide being released into the atmosphere. The greenhouse has LED lights which keep the plants growing through the night.

Dutch cuisine was never a much talked about cuisine on my radar (rather like English cuisine, known as stodgy and uninteresting). The Afrikaner was known to be very hospitable and the food was outstanding even back then – before trade opened up, it was mostly seasonal. They brought the old countries recipes with them.

Boy does one learn as one grows up! Some of the best foods come from Holland and some world-renowned chefs too. Perhaps their marketing should be upped a bit.

The country’s cuisine is shaped by its location in the fertile North Sea River Delta – fishing, farming and the spice trade in the glory days of wooden ships bringing in those amazing spices from its former colonies.

The dietary needs of the labourers, whose culture moulded the country, traditionally formed the simple and straightforward Dutch cuisine – seafood, vegetables and little meat. It is a diet with many dairy products, relatively high in carbohydrates and fat; best described as rustic.

During the 20th century, Dutch cuisine and diet changed. This specifically came about from the culture of the colonies, in particular the Dutch East Indies. As time went by, the diet became quite cosmopolitan with many international restaurants represented in major cities.

Today, the Dutch are known for their excellent beer and their love of it. In the 14th century, beer flavoured with gruit was produced at the monasteries. Hops replaced gruit – a tradition introduced from Bremen in Germany. This is where the beer culture in the Low Counties began. Beer was a common drink in medieval times, as water was of poor quality.

During the middle ages, the Low Countries ate much of what the rest of Europe did – liquid pottage consisting of milk, beer, water, root vegetables, peas or grain changing seasonally.

Bring diced potatoes to the boil in water.

Heat the sauerkraut with the cloves in another pan.

(Read instructions for the sauerkraut).

Peel and dice the apple.

Add to the sauerkraut, with the cubes of bacon and cook a few minutes more.

Add to mashed potatoes, stir through.

Vla – Dutch custard, the chocolate is a favourite, dating back at least to the13th century.

Sift cocoa, corn starch, sugar and salt into a bowl.

Add a third of the milk and whisk into cocoa mix.

Heat the rest of the milk to a low simmer.

Pour in the cold milk mix – stirring all the time.

Boil, stirring for a couple minutes.

Pour into small bowls or one bigger bowl.

If you don’t want a skin to form, cover with a layer of saran wrap.

Chill in the fridge.