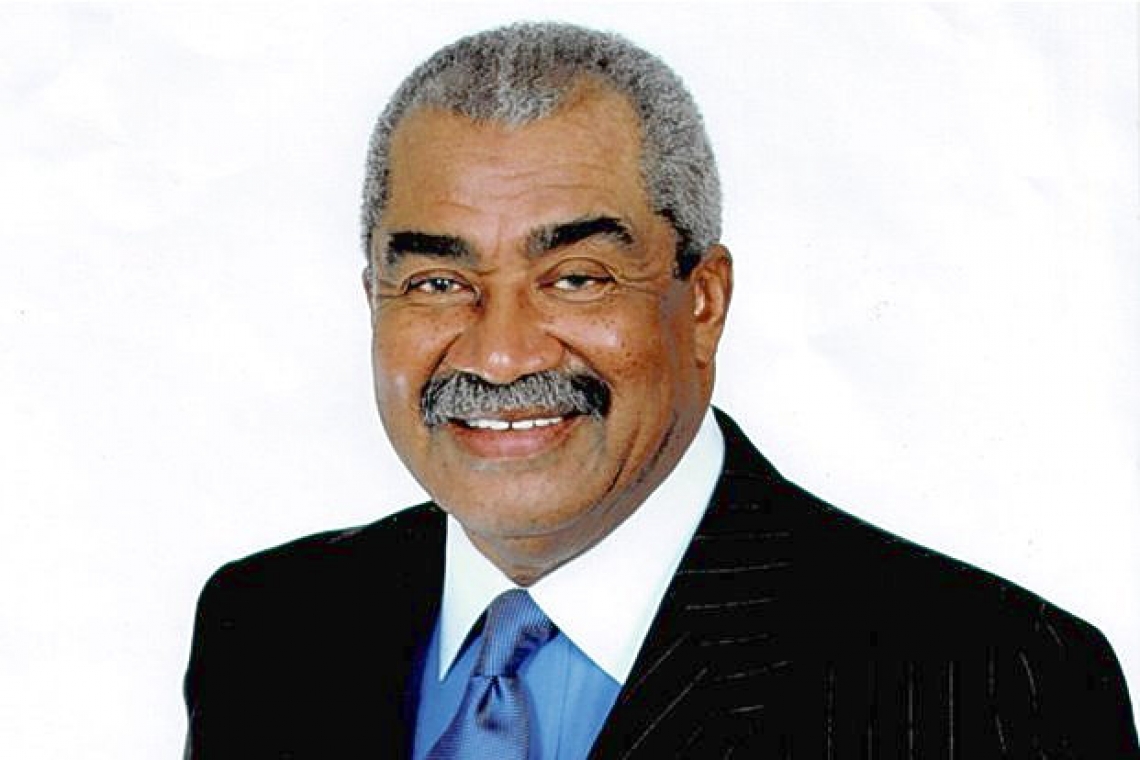 This email address is being protected from spambots. You need JavaScript enabled to view it.

I am the proud offspring of Anguillian immigrants who migrated to Perth Amboy, New Jersey, and I am sharing our story for posterity. This article highlights and transcends with fondest memories several amazing leadership accomplishments and success stories of their offspring.

This week, I will proudly present the outstanding and historical stories, careers and talent of pioneering young men, spear-headed by their dedicated Anguillian immigrant parents.

This is a true story about the immigration of my parents along with others, to Perth Amboy, NJ, and how they raised their children. They taught them to think beyond working in the factories, and to pursue college degrees and enter the professional careers of our society to secure quality jobs. It also demonstrates the early leadership and talent of five African American youngsters of Anguillian descent, four of whom were elected president of their high school classes in 1949 and in the early 1950s, by a majority white student body during a time of extreme racism across the United States.

White teachers and advisors were not exempt from perpetrating racism largely because there were no laws against discrimination during that timeframe. The elected Anguillian descendants had to be mentally sharp, intelligent, outgoing, compromising, popular among his/her peers, astute and use good problem-solving skills. All four elected class presidents possessed those qualities. The fifth youngster focused on his early leadership, academic and musical skills, all of which were worthy of being mentioned and honoured.

Franklin Gumbs, younger brother of Austin Gumbs, was born and raised in Perth Amboy and was the fourth and youngest son of William Alexander and Edith Gertrude (Richardson) Gumbs of Crocus Bay and The Valley, Anguilla. He was affectionately called “Frankie” and came from the very popular and successful Gumbs family of Perth Amboy.

“Frankie” was large in heart and personality, with a remarkable natural ability to vocalize

the issues affecting the Class of 1954. To be more specific, his assertive personality gave his classmates assurances that they could solve whatever problems they faced. He had a gift of gab, an easy laugh, a mind of his own and was just a happy-go-lucky fellow. Oft-times, just calling his name automatically brought a smile. His classmates loved him and his election to president of his class was expected.

He attended Fisk University, Lycoming College, and Seton Hall University. Professionally, “Frankie” served in the city’s Recreation Department for more than 35 years, where he was a Physical Education teacher in most of the parochial schools in Perth Amboy.

Cedric was born in Perth Amboy, the youngest of three siblings, who as a child went to live in Anguilla for seven years with his parent’s family. During my 2006 interview with Cedric for another project, he said, “My background definitely played a very important part in both my personal and professional development. I gained a great deal of knowledge about my cultural roots, the tremendous work ethic and the spirit of cooperation among the people of that generation and the resiliency of Anguillians to overcome hardships and perseverance through the good and bad times back in the day.”

It was quite clear that Cedric’s international background strengthened him as a person, placed him ahead of his peers and propelled his election to President of his class. In addition, Cedric was known for his versatility, including music, sports, and leadership ability. He had the personality and energy to bring people together for worthy causes. He was well liked and would take that next step to achieve class goals and objectives.

When Cedric decided to run for Senior Class President, he was in competition with another outstanding white female and popular student who had served as president of the junior class. Interestingly enough, when a white class advisor discovered that Cedric was in competition with the white student, the advisor called him into her office and tried to discourage him from running.

The advisor indicated that the white female’s natural progression was to go from President of the junior class to President of the senior class. While Cedric showed no indifference towards the female candidate, he had some ideas of his own to implement as class president. In addition, he was somewhat taken aback by the advisor’s attempt to openly discourage him, so he became more determined than ever to run for class president and he was elected.

Cedric’s class selected him as best all-around male student, most popular male student and the student that had “done most for the class of ’55.”

Cedric continued his education at Seton Hall University where he majored in Social Science. He made the Dean’s List three semesters and earned a B.A. in Secondary Education, then went on to get an M.A. from Montclair State University in Personal Guidance/Psychology.

Additionally, Cedric was the recipient of several other awards including the Edison Township Young Educator of the Year Award in 1968; the Perth Amboy NAACP Education award in 1991; the 1991 NJ State Assembly Recognition award; and the NJ Principals/Supervisors Gold Lamp Award for outstanding Secondary Principal in 1993.

During the year 2000, Cedric was inducted into the Perth Amboy High School Hall of Fame (NJ) as one of its distinguished graduates.

In addition to these outstanding pioneers of class presidents, who are being profiled herein, Winston Hughes is also being recognized for his academics and consistently meeting the requirements for membership into the National Honor Society (scholarship, service, leadership and character) showcasing his musical skills at high school assemblies, and for his incredible and outstanding career as a music educator.

Winston Hughes, my brother and the fourth of five siblings, was born and raised in Perth Amboy to parents, Christopher Diego Hughes, of West End and Long Bay, and Helen (Richardson) Hughes from Blowing Point.

“The Golden Voice”, for which Winston was known, got involved in music at a young age at the direction of his father. He started out playing piano at home, and enrolled at a talent agency to enhance his naturally gifted golden voice. He made All-State Chorus, sang at numerous school assemblies and later called on to sing at weddings, funerals and social events.

Scholastically, Winston made the National Honor Society throughout his high school career and was a member of the Student Council Club. Winston was very popular in high school and as a result, his peers elected him “Student Mayor of Perth Amboy, NJ for a Day.” The election allowed him to run the city for a day and make intelligent agency and administrative decisions affecting the city’s residents.

Based on Winston’s successful election as “Student Mayor,” the Perth Amboy Evening News (now defunct) featured Winston’s story and an impressive profile on the front page. It was indeed an amazing accomplishment for a young Anguillian offspring (or African American) in the early 1950s, within a small city like Perth Amboy with a majority white population.

Winston’s goal was to follow his idol and mentor, Dr. Herbert N. Richardson, a music director, teacher and principal in the Perth Amboy School System. He followed Dr. Richardson to Virginia State College (now university) where he too majored in music education. In 1956, Winston received his B.Sc. in Public School Music, continued his musical studies at the College of New Jersey (formerly Trenton State College), where during 1966 he earned an M.A. in Conducting.

Subsequently, in 1959, Winston began his distinguished 40+ year career in music at the Edison Township Public Schools as a General Music and Choral Teacher at Thomas Jefferson Junior High School. During 1964, he became Director of Choral Activities at Edison High School. In 1966, he began a four-year term as the Chairman of Related Arts at Edison High School and served as liaison for the Departments of Art, Music and Industrial Arts.

During 1968, the Edison Jaycees named him Outstanding Young Educator of the Year. In 1971, he served as Supervisor of Music K-12 (1977), and in1994, he was appointed Supervisor of Music and Art K-12 until his retirement in 1996. Under his tutelage, the Edison High School Choir received numerous First Place and Overall Best Awards during 10 years of choral competitions.

His retirement from Edison Township Public Schools was earmarked by the Winston Hughes Scholarship, which was established to be given to students who exemplified the high ideals and standards he required.

In 1977, he became the first African American (and possibly the only one since then) to conduct and lead the New Jersey High School All-State Chorus.

During 2004, Winston was inducted into the Perth Amboy High School Hall of Fame (NJ) as one of its distinguished graduates. In 2006, he was named a Contemporary African American Achiever by the Sons and Daughters of the Anguilla Benevolent Society, Inc.