Enjoy the Full Worm Moon!: Looking up at the Nightsky 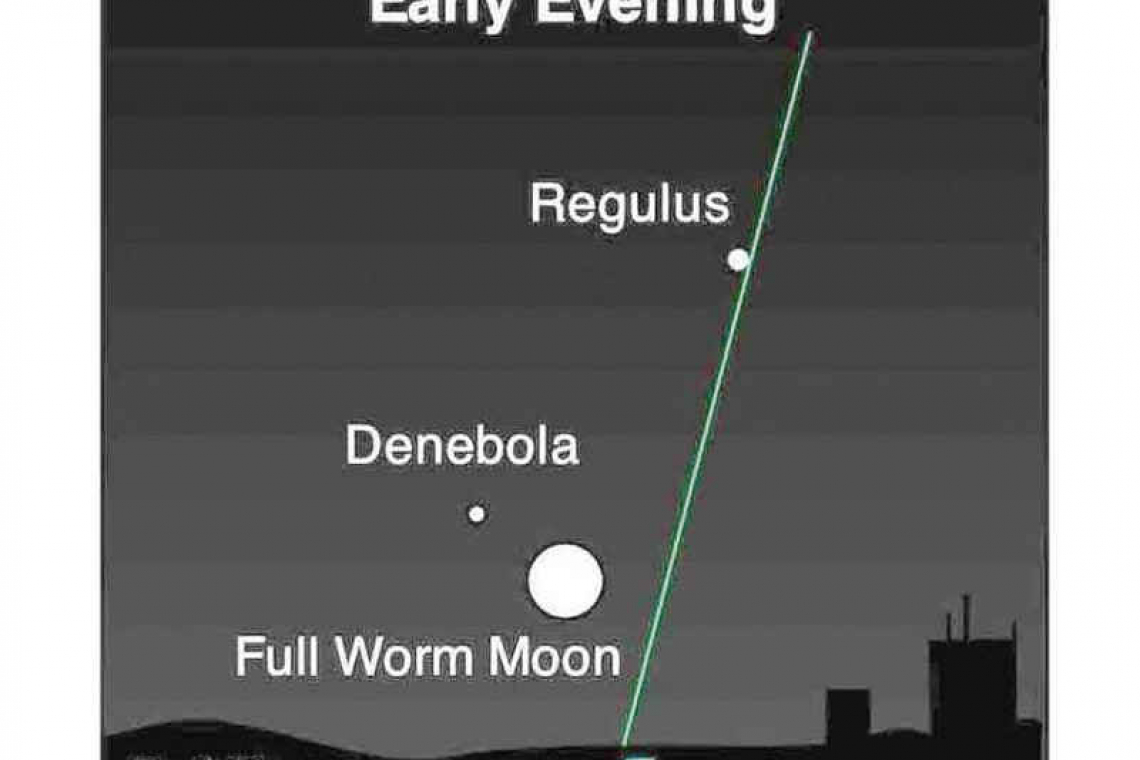 This weekend, we enjoy the Full Worm Moon! Hopefully, it will look nicer than it sounds, but…okay, worms are worth celebrating, right? All God’s creatures, great and small, as they say... This full moon will sit snugly between two well-known constellations, just behind the hind quarters of Leo the Lion and among the flaxen strands of Virgo the Virgin’s hair.

The equinoxes are the “points of equality” when daylight and dark hours are balanced on the globe. What a marvel is our solar system to offer us glimpses of such grand geometry, and how fortunate are we to stand on the shoulders of such geniuses as Kepler and Copernicus, early scientists who observed and wondered, and finally began to understand what they were seeing.

When you view this full moon rising, notice the timing. All full moons rise with the setting of the sun – that is why they are full! Astronomers call this positioning opposition, as the sun and the full moon are on opposite sides of the sky and maintain that opposition for the duration of the full moon phase. Early risers will have the blessing of watching the full moon set in the west while the sun begins to rise in the eastern predawn sky.

Look also to the height of the moon’s arc across our sky. For us in the Northern Hemisphere, the arc of this full moon will be a bit lower than the paths of the full moons of December, January, and February.

The pre-dawn sky is also a chance to view a few planets. Look ahead of the sunrise for Venus, Mercury, Mars, and Saturn. Admittedly, Northern Hemisphere observers will have a tough time spotting Mercury at any time during this month of March. But the other three planets will grace the eastern sky before sunrise and should be easily recognized, as long as cloud cover is sparse. Someone really should get the pesky clouds to stay away, so we can see our stars, planets and the moon. I will work on that for next week!