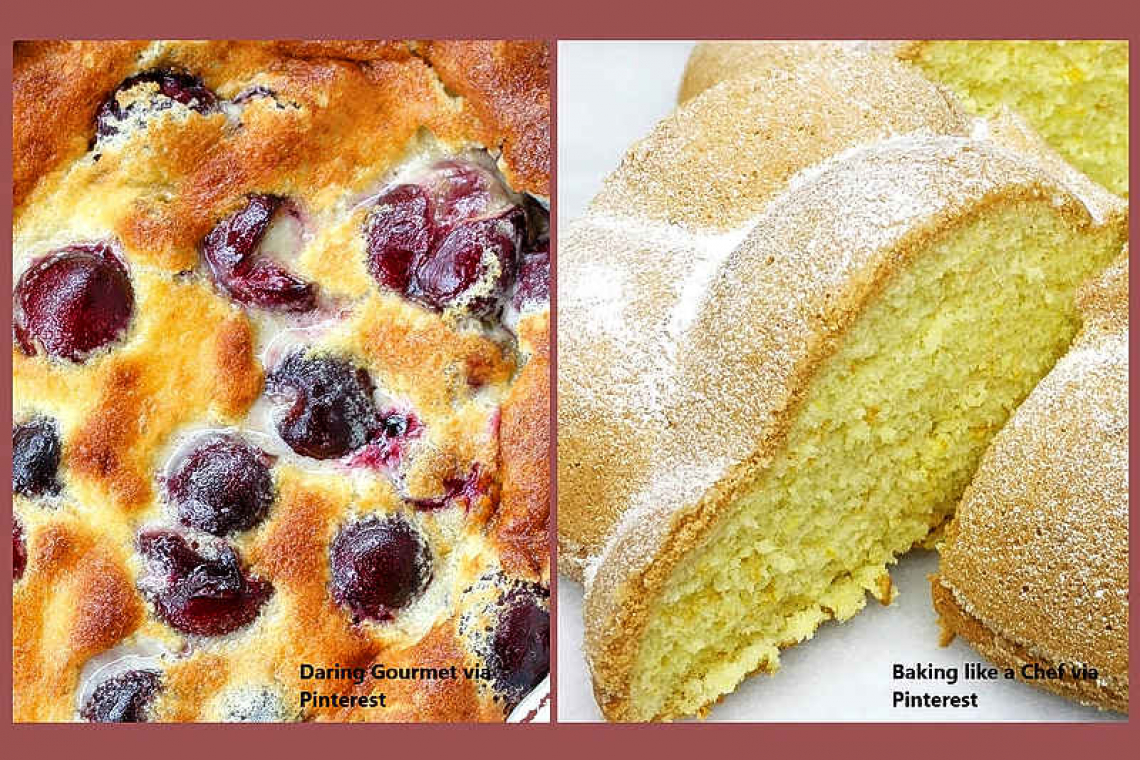 Bastille Day has come and gone, but all things delicious are so often from the French kitchens – also Italian, Creole, African, etc., not being biased here.

Food played a large role in the French Revolution. Two of the simplest foods were at the base of this revolution – bread and salt – simple, but much needed ingredients.

The oft-repeated story about Marie Antoinette, queen of France at the time, saying that the revolutionary folk should eat cake if they could not get bread, has not been truly verified. The story does say a lot, though, about the differences of the ruling class and the rest of the citizens.

Essential elements of French cuisine, bread and salt were and still are part of the French national identity. Bread back then was considered a public service, necessary to keep the people from rioting. However, the police/state controlled all aspects of bread production.

Bread was the main component of the working Frenchman's diet. The average 18th-century worker spent half his daily wage on bread. Then, as happens, grain crops failed two years in a row (1788/1789) causing the price of bread to shoot up. This meant the working class would spend about three quarters of their wages on bread alone!

Not only bread became ridiculously expensive; a tax was put on salt. This was a dreadful situation for the peasant class, never mind anyone else.

Blame was put squarely on the ruling class for the economic upheaval resulting from the crop failures along with all the other problems they had to endure, and anger towards the monarchy grew and grew.

The results of the revolution – the storming of the medieval fortress, now prison (the Bastille) in Paris, on July 14, 1789, and the eventual beheading of King Louis XVI and Marie Antoinette by the guillotine.

Before the revolution, there were strict systems in place as to who could be a butcher, baker or cheesemaker. These “Guild” systems were put in place so that everything was controlled fully by the ruling class. After the revolution, these guilds were done away with and new businesses were able to be opened.

Life changed in France on the culinary scene. Many who opened restaurants were former cooks of the aristocracy, who either fled or were executed. The birth of the Republic of France laid the foundation for the modern restaurant to flourish. Whereas, before there were the typical taverns and roadside inns serving basic foods, the first restaurant was opened around 1765 in Paris by a bouillon seller named Boulanger.

Interesting to know that the name we call “eating establishments” today comes from the clear soups Boulanger sold that were considered “restorative” – and the term "restaurant" was coined! Boulanger’s restaurant was not a fancy-pants establishment. The first one recorded that was worthy to be called a restaurant in Paris was the one founded by Beauvilliers in 1782.  Called the “Grande Taverne de Londres” in the Rue de Richelieu, Beauvilliers introduced the menu and came up with the idea of listing the available dishes being served.

Hmm… how about this for thought? The first true restaurant was called “Grand London Tavern”. Who says British food is so bad?

Paris became the centre of the new restaurant scene.

All good things culinary-wise really did start moving across the channel; it is said that the best roast beef was to be found in Paris!

French cooks covered their veggie dishes with rich sauces, whilst the British still offered flavourless boiled veg. French restaurants started offering four dishes, whereas the Brits offered one. The French started offering desserts. In England, one was lucky to get a pudding on the menu.

One of the best things to come out after the revolution was that of wine – well, in my opinion anyway. In France, at the tables of high society, a young servant stood beside the diner’s chair adding the desired amount of water to the wine. Separate glasses were set out for each variety of wine to be served.

Mid-18th century saw a marked improvement throughout all classes as to what they could eat. The simplest meal almost everyone could get would possibly have café au lait, bread, butter had spread across all classes. Often, it seems cheese and fruit and occasionally meat was added to the meal.

Cookbooks began to appear round 1788. By 1793, affluent Parisians were eating soup, lamb or cold beef, beet salad, fish (sole or skate), turnips, potatoes, ham omelettes, dessert including fruits/cherries in brandy, cheese, and jam. The lower classes would not have been eating that, but what they were eating was an improvement to before the revolution.

They really lived on bread in those days. Here is a very old recipe:

Boil 2 bushels of potatoes till soft

Peel, purée, put in a pot

If there is a bone going begging, add that too

Bring this together in a slow boil.

Serve in rustic bowls with a slice of bread.

To make this according to the olden days’ way, you will need a scale of the old-fashioned kind

Zest of a lime

Icing sugar (as below)

Before breaking the eggs, put them on a scale and weigh out the icing sugar – the weight should be equal.

Remove sugar and two of the eggs.

Weigh out flour – equal weight of the eggs.

Butter and flour a cake mould.

Empty the mixture into it.

Remove from the oven, unmould.

Cover it with a white icing and some of the orange blossom if desired.

A wonderful old-time dessert that is always in fashion

Whisk in the flour until the batter is smooth.

Bake clafoutis until just set and golden brown – should take about 35 minutes.

Sieve icing sugar over the clafoutis and sprinkle on some toasted almond.

Use a dough hook.

Add salt on one side and yeast and sugar either side of flour.

Stir into flour with hands.

Add beaten eggs slowly as the hook is turning.

Add softened butter, a cube at a time - 5-8 minutes.
Scrape down sides, dough will be soft.

Cover bowl with a tea towel.

Set aside1½ - 2 hours until doubled in size.

Put in the fridge for 1 hour.

Use a 900g loaf tin – line bottom and sides with parchment.

Portion dough into seven equal pieces (weigh them to be accurate).

Pull each corner of each dough piece into middle to form circular shape.
Then roll into ball.

Place balls into loaf tin: 4 on one side, 3 on the other.

Cover with a tea towel, set aside 35 minutes.

Bake 30-35 minutes until golden and risen.

Cool in the tin.