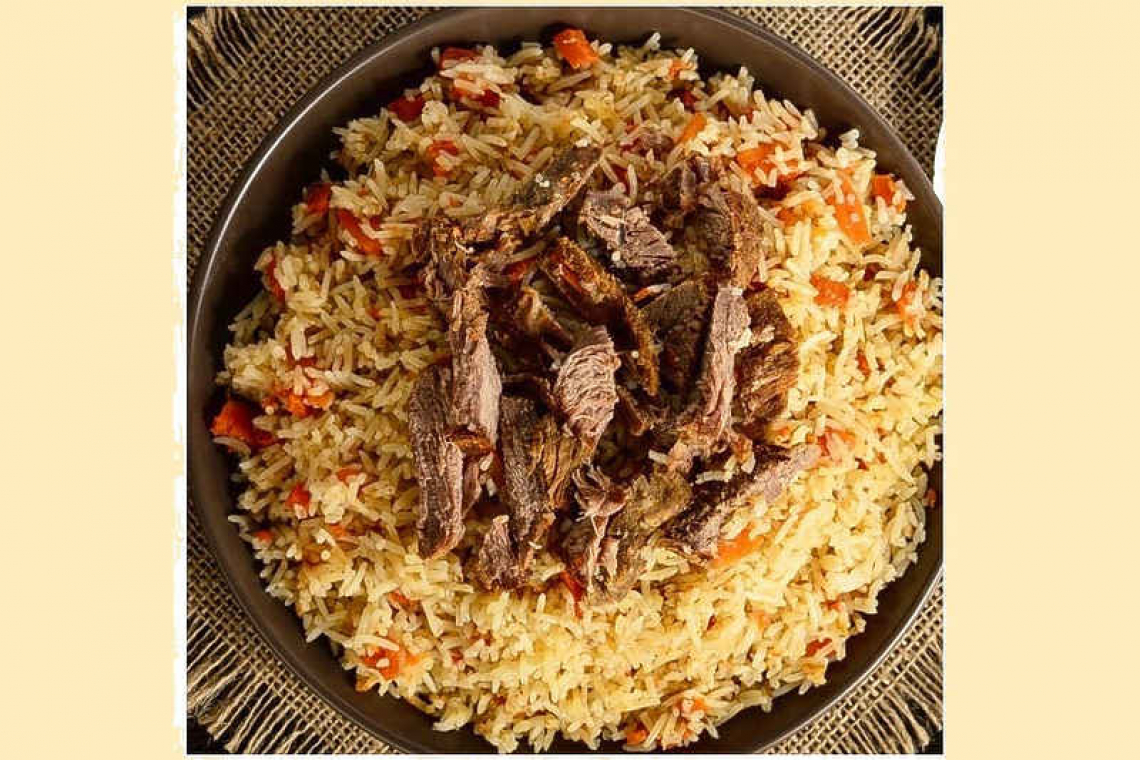 As you know, many of us have become quite involved in growing our own “crops” during this Covid time. Yup! Not really crops, but as we learn the how’s and wherefore’s of home gardening, some of us are able to harvest more than the odd thing to eat – thank goodness!

Like many others, I have been checking out gardening sites around the world. The Australian garden site interests me, as the weather in some regions there is similar to here. The site that I really can’t stop from watching when I have the chance is one from Azerbaijan. The one I see has this older lady dressed in voluminous skirts wandering around the lushest looking garden, plucking huge carrots here, beans there, etc., and then she preps the food on a rough piece of log cut from a tree and cooks outdoors. Her utensils are pretty basic; the dishes she produces look heavenly.

Where is Azerbaijan, and what is the back story?

Azerbaijani cuisine refers to the cooking styles and dishes of the Azerbaijan and Iranian regions. The cuisine is very similar to Middle Eastern cuisine. The taste and preparation of the dishes along with the spices and flavours are similar too. Azerbaijani dishes have traditionally been cooked with copper utensils in copper cookware. Copper bowls and plates are still commonly used as serving dishes. Although I seldom have seen more that good, old aluminium pots used on the sites I see online.

I dream of being able to harvest from a garden such as hers her on island; however, we can attempt to cook some of the recipes from there.

Azerbaijan is a country of eastern Transcaucasia. The country fringes the southern flanks of the Caucasus Mountains; Russia lies to the North, the Caspian Sea to the East, Iran to the South and on the west is Armenia and northwest is Georgia.

The terrain is variegated and very beautiful in areas, as one sees in the cooking/farming videos. The country today is a blend of old and modern both in traditions and development. It is the country where some of the finest horses and the most divine caviar are still traditionally exported to the rest of the world.

Azerbaijan was an independent nation from 1918 to 1920, but was then incorporated into the Soviet Union. It became a constituent (union) republic in 1936. Azerbaijan declared sovereignty on September 23, 1989, and independence on August 30, 1991.

A well-developed network of canals between some of the major rivers makes it possible to irrigate a major part of the lowlands. The dry subtropical climate of central and eastern Azerbaijan is characterized by a mild winter and long, hot summers. The mountainous regions get lots of freezing snow.

The citizens of this country are very mixed middle-eastern peoples.

Turkic-speaking Azerbaijanis make up nine-tenths of the country’s population. The remaining population is smaller groups of Lezgians (who speak a Caucasian language), Russians, and Armenians. Ethnic Azerbaijanis arrived in Azerbaijan during the Oghuz Seljuq migrations of the 11th century, with mixtures of older inhabitants – Iranians and others, who had lived in Transcaucasia since ancient times. At the end of the 20th century, about 13 million Azerbaijanis lived abroad, most of them in Iran.

A little more than half the population lives in urban areas.

Of course, strife has played a big part in this country. In the late 1980s, large groups of Azerbaijani and Armenian populations were driven from their countries as a result of ethnic conflict and disputes over the Nagorno-Karabakh region. In the early 1990s, territorial expansion by the ethnic Armenians within Azerbaijan resulted in the displacement of a significant number of Azerbaijanis.

The people living there are predominantly Muslim – approximately three-fifths of the population are Shiʿi and one-third is Sunni. Russian Orthodox / Armenian Orthodox Church are only represented by a small group.

The literary tradition of Azerbaijan dates to the 15th century. The Arabic script was used until the 20th century. In 1992, the Azerbaijani government switched from the Cyrillic to the Roman alphabet as its official orthography.

Azerbaijan is a developed industrial and agrarian country. The emphasis on heavy industry has considerably expanded two traditional industries – petroleum and natural gas – but engineering, light industry and food production are also of growing importance.

There are mines around the country for many natural resources – natural gas, iodobromide waters, lead, zinc, iron, and copper ores, nepheline syenites utilized in the production of aluminium, common salt, and a great variety of building materials, including marl, limestone and marble.

The farmers grow crops that include grain, raw cotton and many grape varieties that are more for the production of wine than for the table. Other crops include vegetables, fruits, walnuts, and hazelnuts and they also make silk from silkworms.

Fishing is important in the Caspian Sea but it is rather polluted and so this is on the decline. There is a large processing industry that produces mineral fertilizers, gasoline, kerosene, herbicides, industrial oils, synthetic rubber, and plastics as well as ferrous metallurgy. Other light manufactures include cotton and woollen textiles, knitwear, traditional household items and souvenirs, footwear and other consumer goods.

The development of Azerbaijan’s industry created a demand for fuel and power supplies. All electricity is produced at thermoelectric power stations burning fossil fuels, which have been built throughout the country.

First, go into your garden and harvest… Hahaha! Well, more than likely, we can buy the seasonal produce of Azerbaijan all year round here.

Plov (a sort of Russian rice pilaf eaten mostly at celebrations) is one of the top dishes you will get in Azerbaijan. There are many recipes for this, I suggest you look one up online – it is fairly easy to do.

Lavangi - Walnut and Plum Stuffed Chicken – First you harvest walnuts from the tree, then smash them with a rock on a round piece of wood cut from a large tree trunk. Then you chop them small with a heavy cleaver – you get the drift? This recipe is easier to follow.

1 cup raisins (I would sub with cranberries)

Rinse chicken thoroughly, removing any innards you may find in there; pat dry with paper towel.

Season generously inside and out with salt and pepper.

Add dried fruit and nuts and blitz to a paste.

Pour the rest of the melted butter over the outside of the chicken to cover.

Quatab / Kutab – this is a flat bread (lavash) stuffed with a filling. You can make the dough / buy some lavash (in a pinch use a flour tortilla) and stuff, then fry. Fillings vary; cheese and walnut, foie grass and pomegranate, duck.

Use paddle attachment in a standing mixer.

Add the salt, the milk and half the flour to the bowl.

Transfer to a lightly floured surface.

After chilling time, roll out 2½ oz balls of dough to a 7½-inch disc.

Cover each round with a thin layer of filling, leaving edges clear.

Brush edges with a little water; fold each round in half, seal.

Cook each round both sides until browned.

Brush top of each round with melted butter, keep warm.

Sauté onion and garlic in butter until soft.

Mince finely in a meat grinder.

Refrigerate until ready for use.

Garnish with sprinkled sumac and some plain yogurt on the side when serving.

Sauté leeks in butter, seasoned with salt and pepper, until soft.