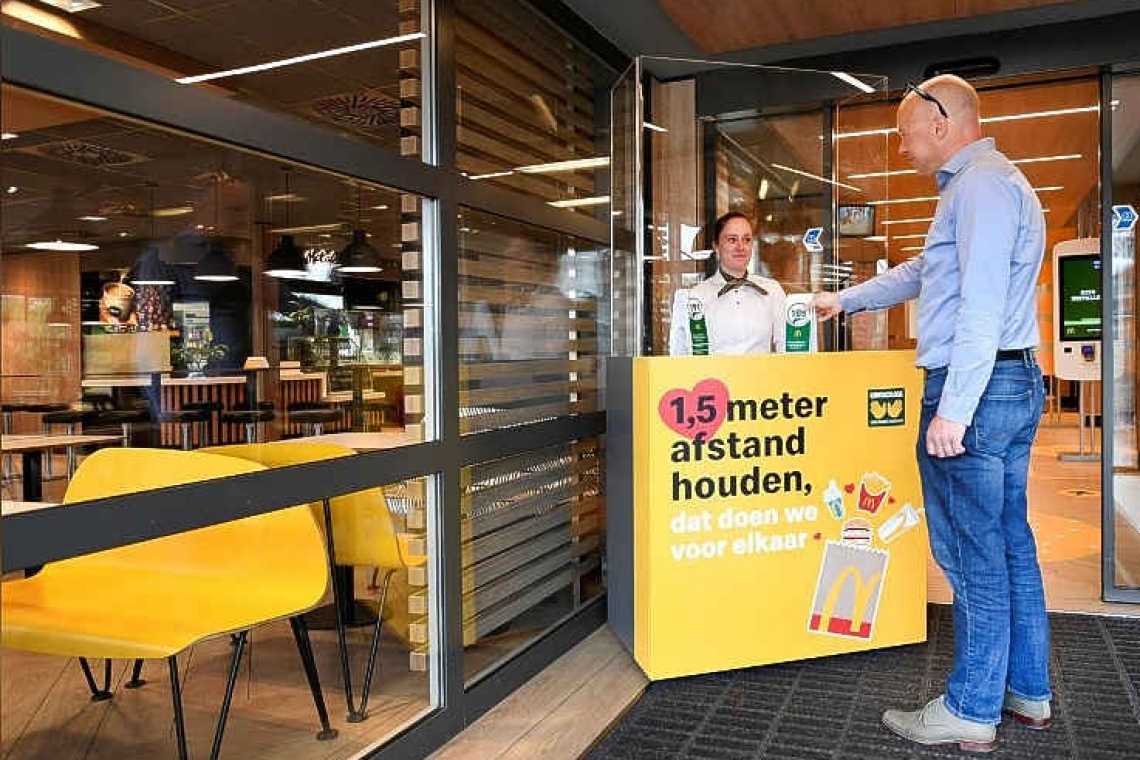 Editor’s note: A few weeks ago, The Weekender shared the experiences of Bodine Beentjes, who grew up on St. Maarten and was in Spain pursuing her college degree at the onset of the coronavirus outbreak. Spain was at the time, one of the hardest hit countries in Europe, and implemented a lengthy lockdown. Now in the Netherlands, Bodine reflects on the vastly different approaches taken in these two countries to combat the pandemic.

As a student studying in Madrid and currently working in the Netherlands, I have first-hand experience of two starkly different approaches to the COVID-19 pandemic. A few weeks ago, I wrote about what seemed like a never-ending lockdown that was tightening by the day. Now I will take the opportunity to talk about the aftermath – from the approaches taken and the subsequent death tolls, to the sociological impact and different forms of solidarity that came about.

The Spanish government, following closely behind Italy, took a hard-line approach and implemented a strict lockdown. Roughly 250,000 police officers and an additional 130,000 military personnel were made available to impose the lockdown restrictions.

For a country that suffered from the Franco dictatorship, seeing so much military and police hit some sensitive spots. Breaking the lockdown could get you a fine anywhere between 600 and 10,000 euros. Roughly 5,000 arrests were made during those eight weeks, and millions of fines were served. The current number of deaths, as per John Hopkins University, stands at about 28,000 (0.0006% of the entire population).

The forced closure of many businesses pushed many people into economic hardships that will be felt for a long time. Unemployment rates were already rather high in Spain, and forcing the economy into a standstill didn’t help its recovery. Spain has been battling with the EU to get the funds it needs and has succeeded to a certain extent, yet the problem is far from solved.

Let those numbers give you a rough image of the pressure put on Spanish citizens (and myself). The reasoning? Safety first. I won’t argue against the logic; however, I will challenge it. Could the approach have been less strict and still result in a similar or even better outcome?

My northern neighbours took a rather different approach. Most notably, Prime Minister Mark Rutte asked rather than ordered the people to work from home and take their own safety measures. His aim was to take their – and by extension the community's – safety into the hands of citizens. This put the onus of community and individual safety clearly in the hands of all living inside The Netherlands. For this reason, many businesses were not forced to shut down, as they could consciously decide if they wanted to take the personal risk of staying open.

This approach is popularly called population immunity, which has been widely criticised for letting the disease run loose. The death toll in the Netherlands currently stands at about 6,160, as per the John Hopkins University (0.0003% of the population).

Second to Sweden, no other European country had taken such an approach. What I should also point out is that despite being rather late to enforce lockdown measures, the Dutch experienced a very brief peak wherein the hospitals were never forced to work over capacity.

The relative death tolls vary and are slightly higher in proportion to the population in the Netherlands as opposed to Spain. The Netherlands also has an aging population which renders them more vulnerable to COVID-19. In this regard, a tighter lockdown may have been a better course of action. However, now as we look at the aftermath, the economic impact leans heavily in favour of the Netherlands even providing financial assistance to the southern economies in the recent European Recovery Deal.

In my last week in Madrid, it became apparent that people were simply fed up and tired of the strict system. Up until this time, I had been living across from Hospital de La Princesa. I watched as Ambulances brought new patients and watched as the recovered headed out.

I must note that I never experienced any chaos or anything that would resemble the incapability of the hospital. We had a strict lockdown and people were fatigued from the social restrictions. At 8:00pm, we clapped to show our support for front line officials and at 9:00pm followed sounds of outrage as people hit pots and pans and screamed insults at the government.

The latter was met with opposition from pro-leftist Spaniards – soon a clear, invisible line between people could be felt by everyone. All Spanish, all going through the same crisis, all just as likely to get COVID, yet fundamentally divided.

As I landed in the Netherlands (May 29) and walked out of Schiphol airport, it was as though the Netherlands had been spared from the crisis. Masks wouldn’t become mandatory until June 1. This was met with no opposition at all. For the rest, people are recommended to socially distance for their safety and the safety of others. It doesn’t feel as though we have that parent watching over us and telling us what we can and can’t do, rather what happens if we don’t follow recommendations.

COVID-19 has taken a toll on just about everybody in the world – emotionally, economically, and politically to say the least. In times of crisis, it’s always difficult to predict the herd behaviour of people. The sense of solidarity as just human beings is reinforced as people put aside their political and ideological differences to a certain extent.

People stood shoulder to shoulder in solidarity with the medics on the frontlines. The emotional support for these people was strong, also because it is not hard to agree on the fact that the medics were fighting a battle that affected everyone.

On the other hand, rent, bills, and taxes need to be paid. With no economic movement, keeping up with your financial duties becomes an increasingly difficult task. The Dutch approach, although not flawless, seemed to be a pretty balanced middle ground.

In democratic societies, forcing people to act and behave in certain ways through penalties and punishments defies the principles of democracy. The core principle of democracy is to protect our individual freedoms as a natural right of species, as old as time. By allowing people the freedom to manoeuvre and make their own decisions, the principle is reinforced rather than restricted.

The real impact of the crisis will be felt for years to come; and in some countries more than others. With time, we will be able to look back and learn from the mistakes and prepare ourselves for future unexpected events.

Governments must structure their monetary and fiscal policies in such a way that they will be able to mitigate the losses. Funds must be set aside to aid research and development in the field of medicine, and response protocols need to be agreed upon now.

We must prepare ourselves for a globalised world where disease can spread easily – thanks to the ease of travel and movement. Most importantly, a global pandemic calls for global response. That means cooperation among nations and setting aside political differences for the well-being of people.

Govan, Fiona. “What are the penalties for breaching Spain’s lockdown? And can you appeal?” The Local, April 17, 2020.

Photo caption: A man takes a number at a prototype location of fast food giant McDonald’s, for restaurants which respect the 1.5m social distancing measure, amid the coronavirus disease (COVID-19) outbreak, in Arnhem, Netherlands, May 1, 2020. Reuters/Piroschka van de Wouw.