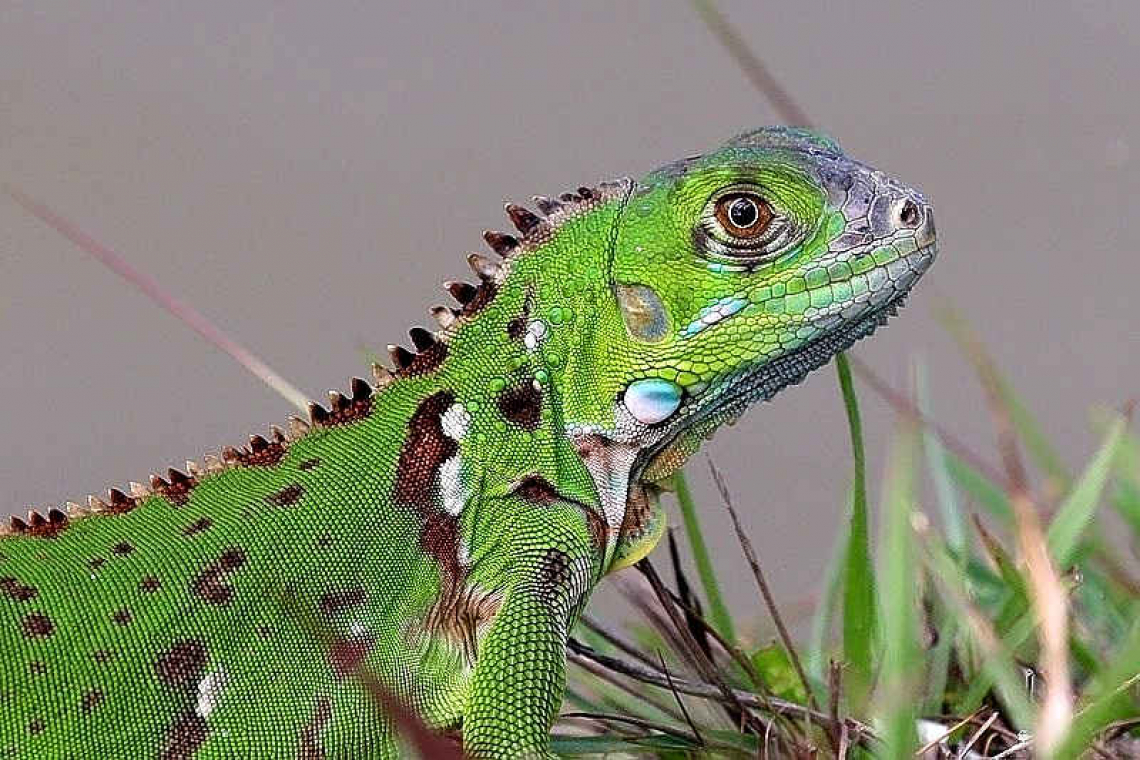 Mainly since the 60’s has the green iguana continuously expanded its non-native range, especially throughout the Greater Caribbean region, and despite repeated warning for its consequences. Now scientists and conservationists are sounding the alarm in a “Letter from the Conservation Frontline”.

Although endemic to several Caribbean islands, iguanas from the Iguana iguana complex, or common green iguanas, are mainly present within the Greater Caribbean region as invasive alien species. Currently established population can be found in >25 countries, among which six in Asia. Although natural between island dispersal has once been described, the continuous spread of the iguanas is mainly facilitated by humans.

Associated consequences of these non-native, uncontrolled iguana populations are solely negative and concern threats to biodiversity, agriculture and tourism, among others. For example, the main reason of classifying the Lesser Antillean Iguana as critically endangered has been its region wide decline through displacement by green iguanas.

It is also feared that non-native iguanas from St. Maarten will make their way to Saba, potentially causing a similar fate for the recently elevated species. Lastly, these animals bring with them diseases that have been shown to spread to native reptiles.

So why are non-native populations so hard to remove? Overall, the answer lies with the late initiation of managing and removing the populations, combined with the fact that iguanas become sexually mature at a young age and larger individuals can lay >60 eggs each year. Basically, population growth is so rapid that no time can be wasted once green iguanas arrive.

In their open-access Letter, the authors indicate the extraordinary investment of financial resources as well as time in order to only reduce population sizes of unmanaged large populations. Several population reduction efforts are ongoing both in the Caribbean as well as on Fiji; some already spent over US $200,000, with the most comprehensive >US $5 million. Reflecting, US $5 million is 1% of the GBP of the Commonwealth of Dominica, the latest Caribbean island where non-native iguanas have established themselves.

Although humans tend to remain inactive until they are directly affected, the need for improved biosecurity and proactive prevention of iguana incursions cannot be more evident. Acknowledging the many challenges that islands and their governments face in dealing with non-native species, the authors state that “time is not an ally, but it is of the essence”. The Letter provides on-the-ground insights and a range of recommendations that can aid island nations in their effort to remain free of non-native iguanas.