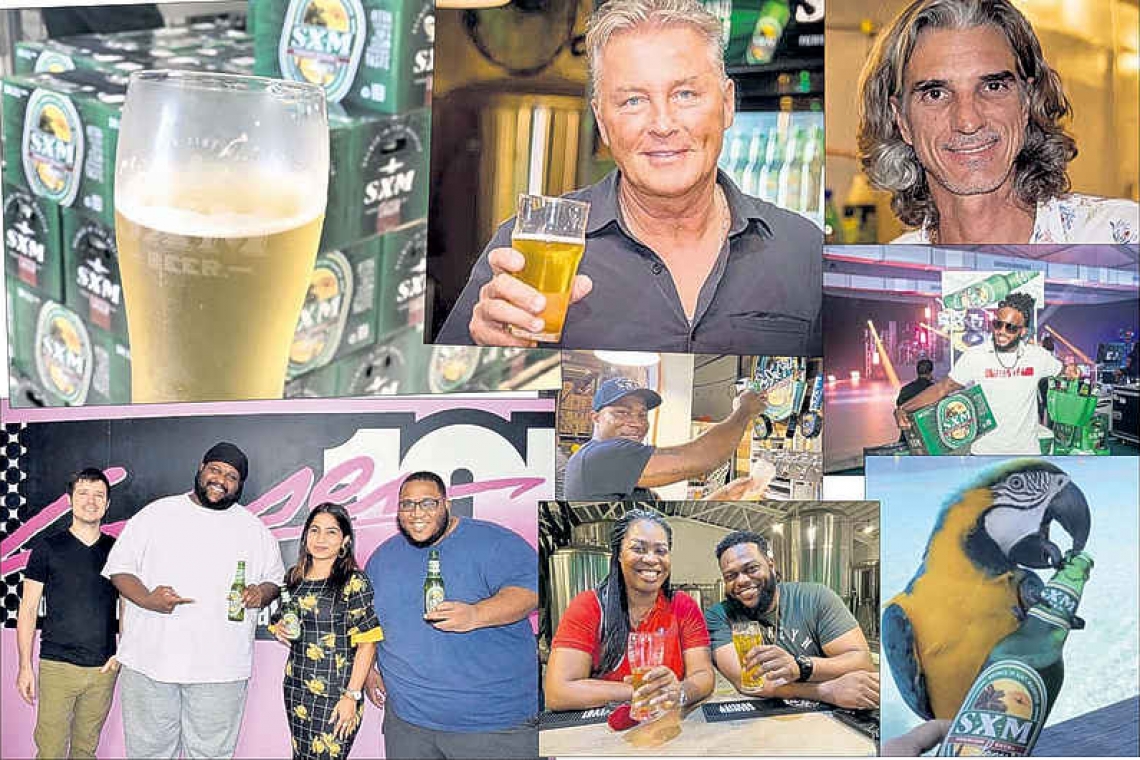 Scott Brockie first visited Sint Maarten in 1996. As a beer enthusiast, Scott inquired about where he could find a locally brewed Sint Maarten beer. Scott was disappointed by the fact that the island did not have a beer of its own, but the dream of opening a brewery in Sint Maarten was born. Many years later and after several conversations with Scott’s good friend Pascal de Lacaze, the two decided to make this dream a reality. Today, the two friends and business partners own the largest brewery on the island and are producing world class lagers and other specialized beers in Cole Bay.

Brew-master Kevin “Cole” Brown is an award winning brewer from Atlanta Georgia. Cole’s passion for brewing started at a young age. When he was 21 years old, he was the youngest Brew-master in the United States. Cole’s vast knowledge, extraordinary brewing talent and love for the island are the perfect recipe for the success of SXM Beer. SXM Beer B.V. proudly brews, bottles, packages and kegs World Class Lagers and IPA beers. In addition to producing premium beer, SXM Beer B.V. also operates its own distribution, tasting bar, and provides tours for locals and tourists alike.

According to Managing Director and head of operations, Pascal de Lacaze, “Almost all of the Caribbean islands have their own national beer brands that they are proud of. The people of St. Maarten should support and be proud of their brand as well. The beer is brewed fresh in Cole Bay, it tastes great and is competitively priced with other Caribbean beers. The tourists will listen to the locals that are proudly promoting SXM Beer! It’s a win for the economy in St. Maarten.”

De Lacaze says SXM Beer B.V. is the largest brewery on the island by far. They are using state of the art brewing and packaging equipment and are committed to producing the best quality beer and other adult beverages.

“We are giving back to the community in many ways,” says Brockie. “We have not only hired local people at the brewery, we are supporting several businesses on the island. We are proud to say that we are working with several companies such as tour operators, taxi associations, transportation & shipping, insurance, construction trades people, advertising media, the list could go on. We are making a world-class beer and are hopeful that the people of Sint Maarten will be proud of their beer and will return the support that SXM Beer is giving to the island. Our main company slogan is ‘My Island My Beer’. We want the locals of Sint Maarten to feel patriotic when drinking their beer.”

The company has already had interest from other islands and countries, according to Brockie. “We hope to start exporting off island in the near future. This would further put St. Maarten on the global map. We are hopeful that SXM Beer will be to St. Maarten what Red Stripe is to Jamaica. We want to create a national pride for the beer of SXM!”

SXM Beer is available at most bars, restaurants and grocery stores on the island as well as the brewery of course. “We would like to invite and welcome the people of St. Maarten to come by the brewery to taste your world-class beer,” says General Manager Shareen Thomas.

The company is located at Jobco #5 Locas Tree Drive in Cole Bay (besides PDG Restaurant Supplies). They currently occupy approximately 800m2 of space for their manufacturing, warehousing and tasting bar.