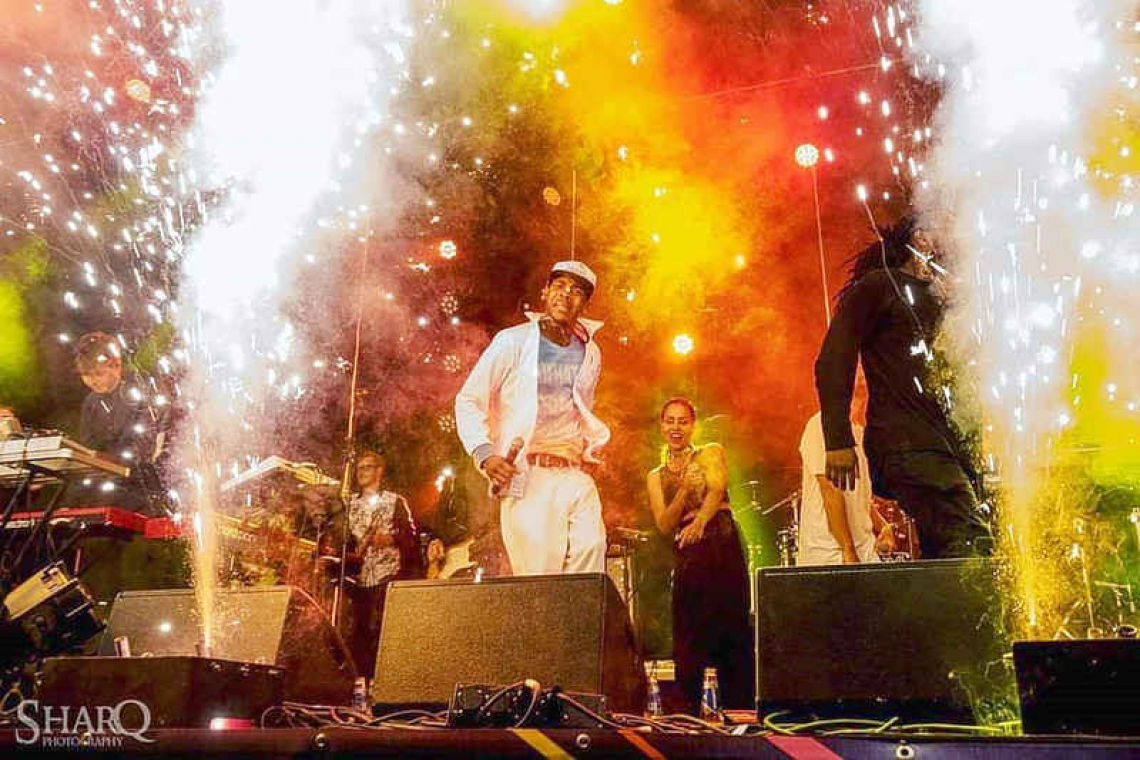 My name is Jernaldo Thielman, but most people call me by my artiste-name Dr. Rum. I was born and raised on St. Maarten and I’m 31 years young. I love music and everything that has to do with music. Music is life; music is my life. I went to the Netherlands to study music and I lived in Holland for 10 years. After I finished my studies, I gave music workshops in youth detention facilities, along with performing my music all over the Netherlands.

How did you get into the music industry?

I was raised in a Christian household, so I truly believe. In 2008, I left for the Netherlands at 18 years old with 300 euros in my pocket and a dream – a dream to make something of myself in the music industry. Ever since I was a little boy, I wished to become the first rapper from St. Maarten to make it big. Every time I blew out my birthday candles or saw a shooting star, that is what I would wish for.

Unfortunately, I arrived in the Netherlands too late to audition for music schools. So I went to a construction school for a year, then decided to audition for my dream school, the Albeda College Muzikant Producer school in a small town called Rhoon. The night before the official audition, I performed on a musical bus tour and came home early Saturday morning. I decided to stay up for the audition, but I accidentally fell asleep; and you know how they are in Holland – if you’re too late, you’re too late.

I was crushed, but fortunately they gave me a second chance by allowing me to attend their summer school. I was so determined to prove my dedication that I arrived at school two hours early every single day and got accepted into their regular four-year programme. While attending music school, I did plenty of jam sessions and auditions. For example, in 2013, I took part in a music competition in Holland called New School Rules and won the opportunity to be part of an exchange programme in Atlanta to work with a well-known producer. I was young and fiery and won the Spittin in Da Whip freestyle competition in Atlanta, so that was super crazy.

When and why did you move back to St. Maarten?

I moved back to the island in 2018 – so I’ve been back for about three years now. While giving workshops in the Netherlands, I started questioning myself about what I was doing for my island and my family. I could not find the answers, so I decided to come back home. My mom got sick; I started looking into buying land, and I got a teaching job at Milton Peters College (MPC); everything kind of fell into place for me to come back.

Shortly afterward, I also received an offer to teach music at National Institute for Professional Advancement (NIPA) and at Ms. Lalie Center. While doing all that, I wanted a little bit more, so I started working at the Ujima Foundation – so that’s all with troubled kids. I did not have the best background growing up myself; so I would always tell them that “the streets raised me, but music saved me”.

I found myself working four jobs, but my mom and grandmother always told me: “Find a profession you love, and you will never work one day in your life.” So it does not really feel like I’m working, but I still felt like I was not living up to my full potential. I built all this network and knowledge and, yes, I can give it back to the youth, but not fully since they are not specializing in music.

When I was in the Netherlands after doing The Voice, I was helping them look for new talent. That’s the part I loved – I love developing new artistes. I began to realize that there was a gap in the St. Maarten market; there is not any development for talent. Yes, we have all this talent performing at carnival and different shows, but there is no way to develop it – from marketing, to promotion, to stage presence, artiste-rights, distribution and the whole nine yards.

I had left St. Maarten so that I could come back and be an asset to my country. I wanted to be part of the brain gain, not the brain drain. So I started my own music company and picked some local artistes to demonstrate talent development. I called it “From Zero to Hero”. We work on everything from lyrics, to music, to presence, to how you carry yourself, to your image and your standpoints – everything has to make sense.

Is that related to the local hip hop and R&B talent competition, R U Ready?

Yes, I am hosting a local talent competition with New Skool Rules. Like my grandmother always said, “If you want something done good, do it yourself.” We always talk about how the government does not support local talent, but if we wait for them, nothing is going to happen. I’ve built such a big network, why not use that for my country? So I built a bridge between St. Maarten and the Netherlands.

Local hip hop and R&B artistes can sign up for the R U Ready competition. We’re going to bring two experts from the US to help judge the local talent. The winner gets to attend and showcase their talent at the New Skool Rules hip hop conference in the Netherlands in October.

Industry heads from all over the world come to this conference to exchange ideas, listen to demos, find new talent, host after parties – it’s three days of pure music madness. You can meet anyone and it’s a chance to network.

The winner, a camera guy, and I will go to the conference and document the whole thing. Second place winners will take home US $1,000, and third place will win $500. The event is made possible by sponsors Kalaboom, Checkmate, DonRich music and Hardest on the Rock.

The panel and demo listening session will take place on Saturday, June 11, and the auditions will be held in Moonbar on Sunday, June 12. Interested artistes can register until the pre-audition on June 3.

Can you tell us more about when you competed in the popular Dutch talent show, The Voice of Holland?

Scouts from The Voice go to jam sessions to look for talent, so they contacted my manager at the time who was able to fix a good contract for me. At first, I did not want to take part because I was like: “No, I’m a rapper, I’m not taking part in this singing competition, it’s nonsense.” But she convinced me to do the pre-audition anyway. I really did not want to participate – I knew nothing about The Voice so it meant nothing to me. And that is why I could perform at my best: I was not nervous.

I remembered the story about Jonah and the whale – how Jonah refused God’s mission and was swallowed by a whale. I’m now thinking: “Am I going to be like Jonah, refusing an opportunity after praying and wishing to make it big?” So I decided to give them the best live audition they had ever seen and ultimately made it to the half finales and the final four. After The Voice, everything happened. I started to perform with the biggest orchestra in Rotterdam, I did the Jan Dino show and a couple of other shows. I also started working with detained youth.