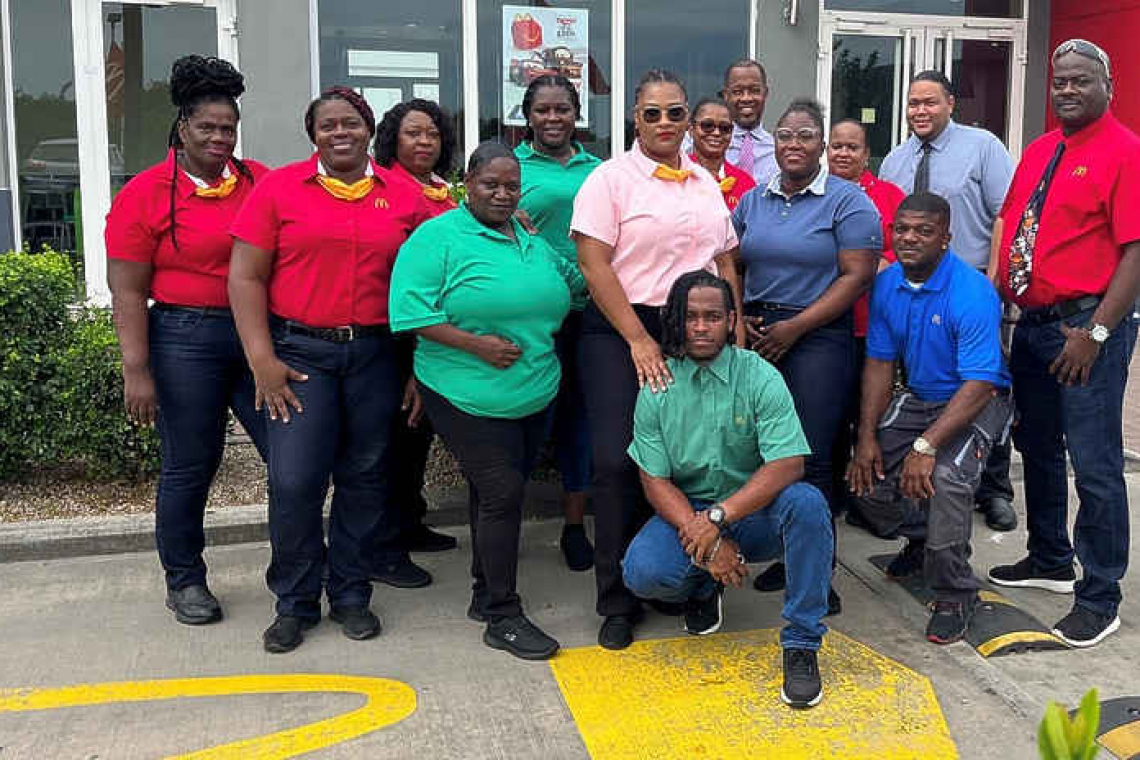 At any of the three McDonald’s locations on the island, workers get the opportunity to level up and take on more responsibilities as manager if they are well suited for the job. All current managers once began as crew members, as McDonald’s SXM aims to provide locals with an opportunity to grow within the successful fast-food company.

All local managers started their career at McDonald’s as crew members working in the kitchen, at the counter or drive thru window. Because of this, managers know what it is like to be a crew member and know how the restaurant functions before climbing the ladder.

When a management position opens up, McDonald’s SXM assesses the capabilities and the willingness of current crew members to take on a new role. Who has the necessary skills? Who wants to step up?

After selection, the candidate manager then starts training internally. This can take up to three months. In order to complete the training and officially become a manager, the candidate has to succeed in a week-long virtual McDonald’s class and pass the final exam.

According to owner Michel Lepine, the restaurant chain has two options for new staff: either they hire qualified persons from abroad or they look for local personnel and train them. McDonald’s prefers the latter as crew members already know the island and the company.

“It’s easier to pick the best crew members, because we know their capabilities and potential. We believe we can find the right person locally. So we want to level our staff members up if they want to step up to the plate and take on more responsibilities,” Lepine explains.

Because the restaurants have such long opening hours, managers work in shifts. During a shift, the manager has to coordinate the crew, equipment and products, i.e., make sure everything is running smoothly and customers leave the store happy. Besides this primary task, all managers take on a secondary task such as ordering products, overseeing training, managing maintenance, or making the work schedule.

Are you interested in working for McDonald’s and getting the opportunity to grow? You can go to any of the three locations (Marigot, Simpson Bay and Dutch Quarter) and ask the manager present for an application form.