The Bottlenose Dolphin: intelligent, and friendly! 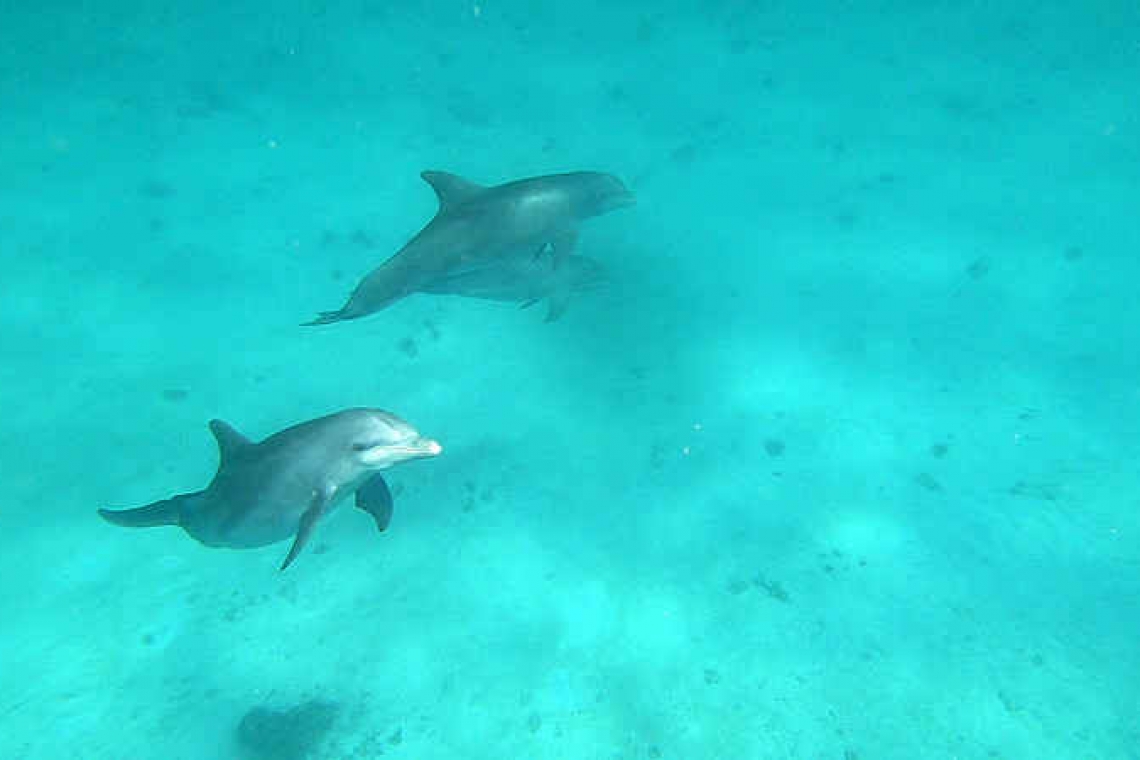 Welcome back to the Nature Foundation St. Maarten’s educational series about our natural environment! In the last issue of The KIDS Herald, you learned all about the Bottlenose Dolphin that can be found in the waters surrounding our island. This week, we will learn about why these creatures need to be protected and what you can do to help!

There are several factors of human impact on cetaceans – marine mammals like dolphins and whales:

As ocean dwelling creatures, they are greatly affected by climate change. The best way to combat this is to make environmentally friendly choices like reducing plastic use, conserving water, and using less energy by turning off electronics when not in use.

Dolphins are also affected by overfishing. This happens when companies do not use sustainable fishing practices. This means they are taking fish out of the ocean faster than the fish can reproduce, which leads to there being less fish overall.

This affects dolphins in two ways: they have less food to eat themselves and they are sometimes the victims of bycatch (they are accidentally killed by fishing companies trying to catch other fish).

Do your part to help dolphins survive in the wild by making sustainable eating choices at home! When possible, buy fish locally, and if shopping for tuna, look on the label for “Pole and Line” (this means it was caught with the fishing rod and single line). If all else fails, look for the “Dolphin Safe” label, but keep in mind while this protects dolphins, it does not protect other endangered species!

Plastic Pollution greatly affects all marine life! If we do not make changes in our daily lives, there will be more plastic than fish in the ocean by 2050. To reduce your plastic use, switch to a reusable water bottle rather than using a plastic one, do not use plastic straws or cups at restaurants, and bring a bag with you to the grocery store rather than using a plastic bag!

Dolphins have long been the victims of marine mammal captivity. Why shouldn’t you take part in a “Swim with Dolphins” excursion or buy tickets to a “Dolphin Show”? Dolphins are beautiful, intelligent and friendly creatures. As such, they have long been admired by humans; this admiration can lead to a desire to see and interact with these animals in person.

Dolphins and other marine mammals have been captured from the wild and put into captivity since the 1800s. Some of them end up in aquariums, some at entertainment parks, and some at one-on-one interaction parks.

Many of these parks began with good intentions of introducing these animals to the public and learning more about the way they live. Over the past several decades, however, we have learned that these animals are greatly affected by their environment and the restrictions of living in captivity greatly lowers their quality of life.

Dolphins forced to remain in captivity have shorter life spans, are more susceptible to disease, and have even been known to harm themselves or other animals in their pens.

Why dolphins should never be forced to live in captivity

As you learned last week, dolphins are emotionally attached to the members of their pod. Taking a single member away from its group and forcing it to live in a small pen with strangers causes stress and loneliness, just like it would with a human!

Dolphins in the wild are known to live to 50 years old. However, 83 per cent of dolphins in captivity in the United States only reach 20 years of age.

In the open ocean, dolphins can swim up to 60 kilometres (37.3 miles) a day and can dive deeper than 300 meters (1000 feet)! Putting them in a large pool or ocean pen would be the equivalent of a human having to stay in one room for the rest of their lives.

Trainers use food deprivation to encourage “good” behaviours and teach tricks to dolphins. This causes stress and poor health.

There are several more factors that affect the health and emotional state of dolphins in captivity. Just remember that these highly intelligent creatures are adapted to living in the open ocean. Keeping them locked up for our entertainment is hurtful to them, as these animals experience many of the same feelings that we do!

To learn more about how to protect Dolphins in St. Maarten, you can contact the Nature Foundation! Photo credit: Foundation Intern Ray-Angel Simon-Lynch.