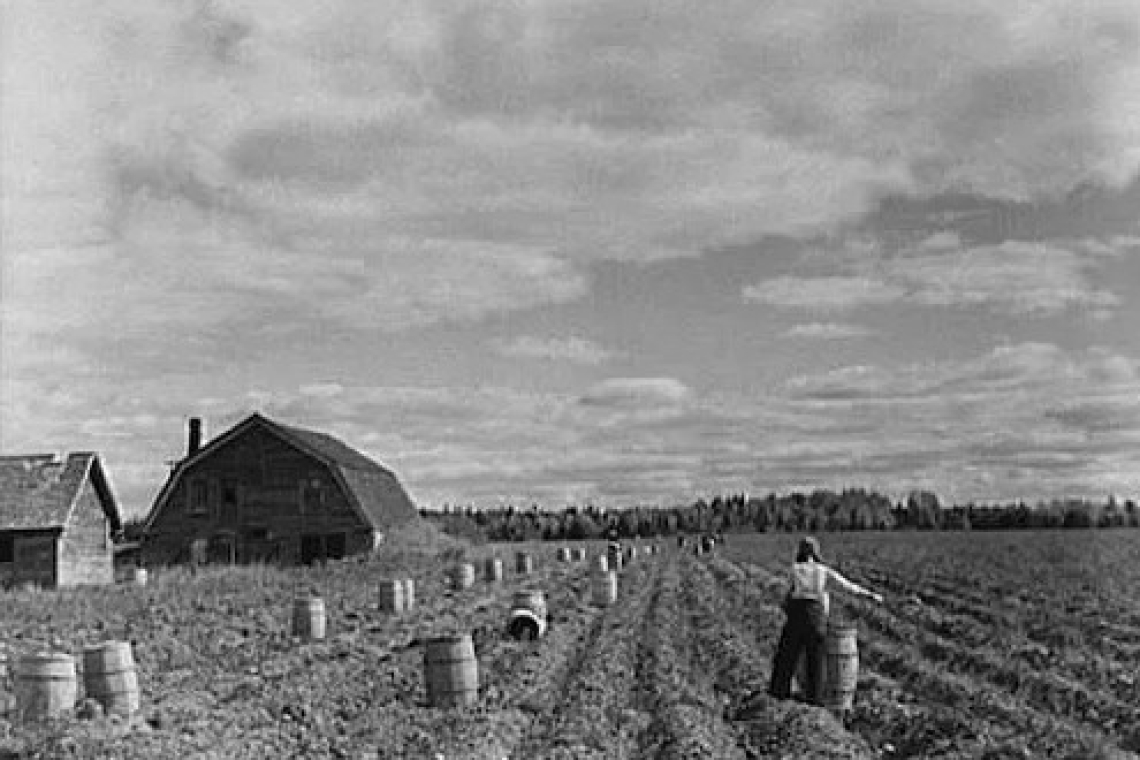 Maine is known as the Pine Tree State, but Maine was once known more for potatoes than for trees. In fact, there was a time when a farmer could walk into a department store and buy his wife a full-length fur coat and pay with potatoes.

Ever heard of bartering? That is when you trade something you made or grew to someone else, for something they made or grew. It is a way to get what you want or need without using money.

It turns out that times were a bit tough for farmers in Maine back in the fall of 1949. They had worked hard, and grew lots of potatoes. They had harvested them and were ready to sell them, but then winter arrived too soon. You see potato harvest time in Maine is September and October.

Knowing the farmers had yet to sell their crop, Crane's Department Store owner, Robert Crane, decided to help. He ran a full-page ad in the Aroostook Republican Newspaper and to make sure everyone heard the news, he even dropped fliers from a plane over all of Aroostook county. In the ads, he announced that he was willing to barter, or trade, fur coats for potatoes.

At age 33, Mr. Crane knew winters could be tough and so his store kept coats in stock, especially three-quarter and full-length Muskrat fur coats. The ad showed a variety of styles of winter coats and each was priced in barrels of potatoes! A full-length fur coat was bartered for 200 barrels.

Word of his generosity reached the Rockland Courier-Gazette. On Tuesday, November 1, with snow on the way, the paper ran a story about Mr. Crane. They reported that Mr. Crane had said: “It is still too early for potatoes to start moving. I've got enough potatoes now to supply the county. If my kids weren't too interested in potatoes, they’re going to be this year.” Mr. Crane had also joked saying that his wife was looking up all the recipes on how to prepare potatoes.

Mr. Crane said he bought the potatoes at retail price and hoped to sell most of them when demand and price went up.