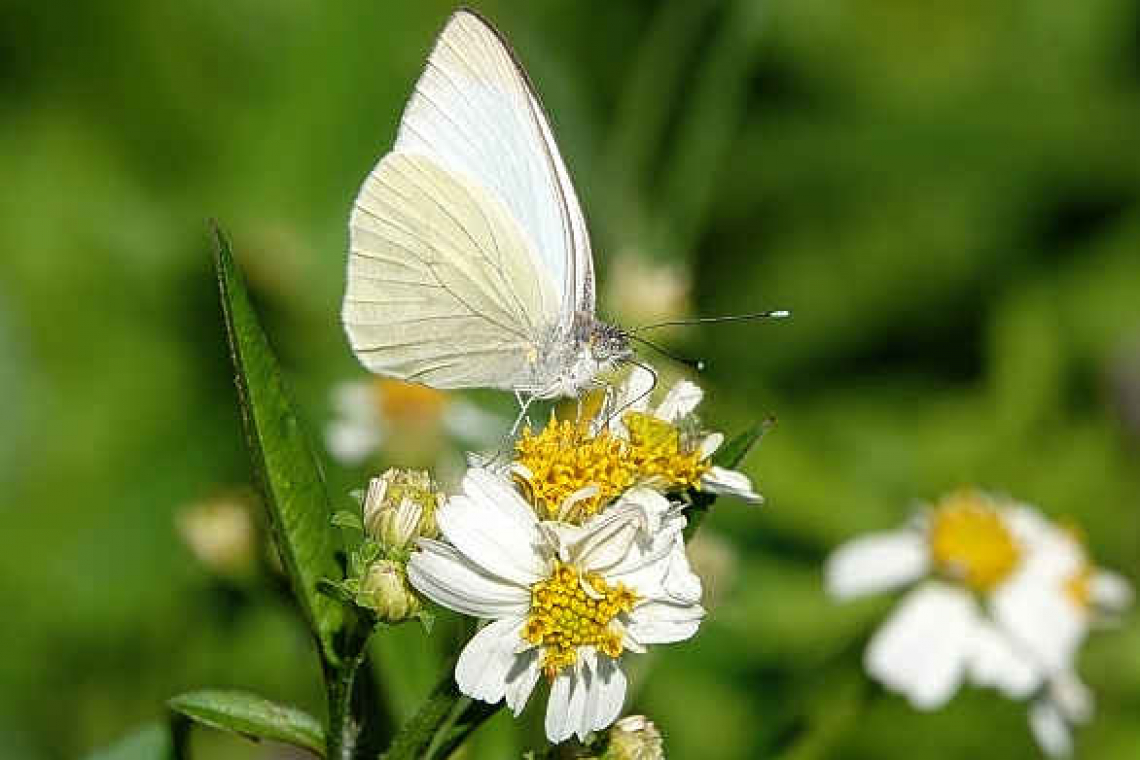 Photo caption: You can see this butterfly using its proboscis to sip some nectar from a flower. Photo credit: Joke van Valkenburg/ Observation.org

There have been lots of pretty butterflies fluttering around for the past few weeks. Around this time, we call it “butterfly season” because there are so many! They are actually here with us all year round, but with so much extra rain, there is a lot of food for hungry caterpillars to chomp on, and that results in a boom in the butterfly population.

Here are some fun facts on one of our favourite insects!

As you probably know, butterflies go through a complete “metamorphosis”, which means change. They start off as caterpillars which emerge from tiny eggs. When the caterpillar is big enough, it hangs upside down from a branch, stem, or leaf and forms a sturdy outer case called a “chrysalis”. Inside of the chrysalis, it slowly changes. At this stage, it is called a “pupa”. When it emerges from the chrysalis, it is an adult butterfly and has a beautiful pair of wings!

Butterflies like to feed on sweet nectar, which is why they can be seen in groups around flowering plants.

When butterflies fold their wings above their backs, that means they are resting.

When you see butterflies sitting in moist soil, it’s called “mud-puddling”. They are busy feeding on salts and other nutrients that are not found in nectar.

Butterflies use their “proboscis” to take in food, much like we would use a straw to drink some juice. When the proboscis is not in use, they roll it up.

The yellow butterfly we see so much of is called a “Great Southern White” – it is common in the Caribbean, Central America, and the Southern United States.

There are other white/yellow butterflies that look similar, but there are small differences in their colour, wing shape, and markings. They also belong to the group called “Sulphurs and Whites”.

Pay attention and you’ll also see orange butterflies with black markings. This one is called a Gulf Fritillary.