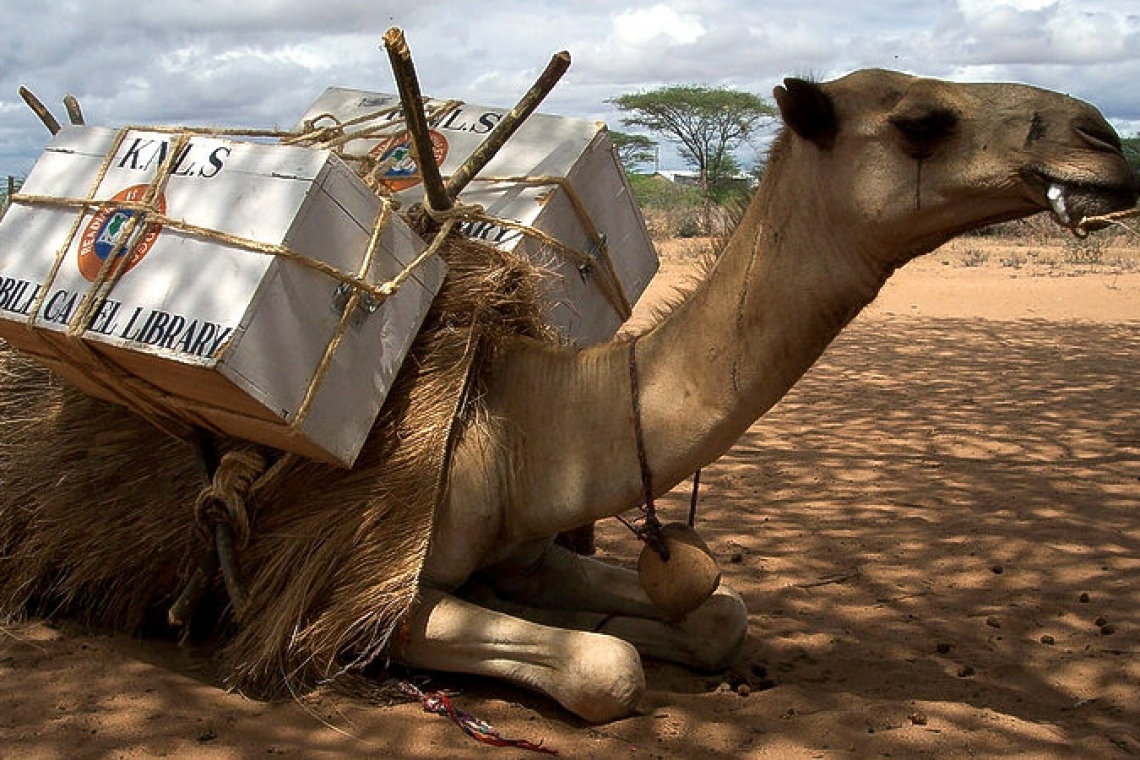 Reading should be a pleasure, not a duty!

It’s not hard to imagine all the people stuck at home far, far away from everyone, not able to get to a library to find a book to keep them busy. Today we are stuck in our houses, but we have internet, we have face time to chat to our family and friends, and we have Netflix to keep us busy. But there are still many people in the world who simply do not have the luxury of modern-day technologies, and they need to get their hands on good old-fashioned books to read.

Here are some of the strangest libraries or bookmobiles around the world.

My favourite is the old tank-like Weapons of Mass Instruction. It was built to look like a tank, and the name is coined from the modern-day phrase “weapons of mass destruction”. The man whose idea this was, used a clever play on words, don’t you think? The library is filled with donated books, and given out for free to people living in Buenos Aires, Argentina.

The world's largest floating library and bookstore is on a ship called Logos Hope. It belongs to a charity organisation in Germany called GBA – which means Good Books for All. The ship travels around the world, offering good reading to adults and children. The books cover subjects like technology, history, philosophy, art and fiction. Don’t you think it would be a fun adventure, sailing to places in the world that don’t have books to read?

Up in the mountains of Colombia, there’s a bookmobile called Biblioburro, carried on the backs of two donkeys. A librarian and a teacher use the two donkeys, Alfa and Beto, to deliver books to remote villages. There are also Donkey Libraries in Ethiopia and other countries on the African continent.

Another one of my favourites is in Kenya, where a camel is used to take books out into the desert. The government-owned Kenya National Library Service realised that the only way to help the people, who live miles and miles from cities and towns, was to get the books to them. So, they funded The Camel Mobile Library.

Camels, known as the ships of the desert, are the best way to transport books into those far-flung desert regions. Most of the people who live way out there lead a nomadic life – this means they don’t live/stay in one place but move around. The Camel Library sets days that it arrives at a certain place. The children are usually waiting for it to arrive. It now has more than 3,500 registered members!

There is another library called the Floating Library – a custom-made wooden raft, with bookshelves on two sides. It moves around Cedar Lake in Minneapolis during the long summer months when everyone is on vacation. To get to it, you need a canoe, kayak, paddle board, or small boat. The books have to be put into a waterproof bag. Swimmers would not have luck taking their books back to shore with them!

Another is called the Bibliomotocarro. Antonio La Cava was a teacher in Italy; after teaching for more than 40 years, he still wanted to do more for the children so he made a bookmobile on the back of a used Ape motorbike. He built it in such a way that he can take up to 700 books to children who live in the Italian countryside.

Reading Club 2000 in Manila, the Philippines, was started by a man who wanted to honour his parents, the people who taught him to love books. He gathered all his old textbooks, put them on a stand outside his house and asked the community if they would like to borrow them. The community loved the idea, and 12 years later, the library boasts more than 2,500 books. He also has a Bookbike service where he delivers books to the poor areas in Manila.

A book boat known as Epos travels to more than 250 small communities in the Scandinavian Fjords every winter, when people simply do not go out far. It carries more than 6,000 volumes, a couple of librarians, a cook, and of course a captain. Epos is funded by the three countries it travels to, and has been running since 1959. What a difference it has made to the people living in those freezing conditions!

In having to keep isolated from all our schoolmates and teachers, it is not so hard to understand how so many people do not have the luxury of books. Educational books to learn from, picture books to enjoy, drawing books, fiction and non-fiction books, recipe books to cook from and learn about the way other people live and eat – there is nothing better than having a book in your hand.

Remember: One is NEVER lonely when one has a book to read!